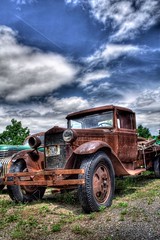 This was a big week for environmentalists,the auto companies, and foes of foreign oil addiction. The Obama administration announced new CAFÉ mileage standards for American built cars and light trucks. Beginning in 2016—four years earlier than the 2007 energy bill–passenger cars will have to attain 39 mpg (a 30% increase) and light trucks 30 mpg for a combined mpg of 35.5. This is a huge increase over current CAFÉ (Corporate Average Fuel Economy) standards. The bill will also regulate tailpipe emissions of carbon dioxide.

Much of credit for pushing these standards goes to the West coast states and the northeastern states for pushing tougher standards than the Federal Government had required. Since about 45% of the population lives in these progressive states, the car makers knew that the more stringent standards were inevitable and jumped on board.

In fact, one of the original complaints of the car companies was that it would be impossible to manufacture vehicles that had to comply with different standards in every state. So they were ready to accept the a mileage standard (after fighting higher mileage standards for the last 15 years or so).

What this means to the environment and global climate change is that there will be far less CO2 emissions from vehicles (currently about one-quarter of total greenhouse gas emissions in the US) due to the reduced amount of gasoline burned, as well as an improvement in air quality. The new standards will reduce our use of fossil fuels, a non-renewable and shrinking commodity, and will also reduce our imports of foreign oil, especially from OPEC states and other unfriendly regimes, as well as reducing the flow of American dollars into countries that fund radical Islamic terrorists.

As expected, though, there will be detractors, who still think they have the right to drive gas guzzling SUVs, pollute at will by continuing to use cheap fossil fuels, and whose egos won’t fit into a smaller, fuel-efficient vehicle. It’s time we Americans take some responsibility for our profligate ways. European drivers have already adopted more fuel-efficient cars–over 100 already meet the CAFE 2016 standards, and even China builds more advanced and efficient cars and has much higher fuel economy standards than the US.

Even though the cars will cost an estimated $600 to $1,300 more, the increased cost will be more than offset by the fuel savings, and I would bet that the resale value will remain a lot higher than lesser efficient vehicles. I would even bet on government inducements, such as tax breaks or buyouts of older cars as incentives to buy these fuel-efficient vehicles. You can seethe current crop of CAFE qualifying vehicles and a taste of what is to come on the Clean Fleet Web site.

That’s the good news for our toads, but what about our motorhomes and heavy duty trucks needed to pull large fifth wheels? My guess is that these fulltimer vehicles will still sell—since they are not driven as many miles overall as passenger cars. But there will be a shift by RV manufacturers to smaller, more fuel-efficient rigs, such as those now being built on the Dodge Sprinter chassis with the smaller Mercedes diesel engines that get between 15 and 20 mpg. This shift will be driven by RV buyers that are downsizing, not only for fuel efficiency, but also to reduce the overall use of natural resources, the desire for a more maneuverable and drivable vehicle that takes up less space, and one that is much easier to boondock with (you knew that was coming). 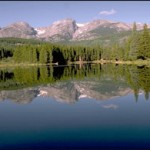