A Dad Outside: Hike to Paradise Falls in Wildwood

Explore the ongoing outdoor adventures of author Jeremy P Elder and his family. 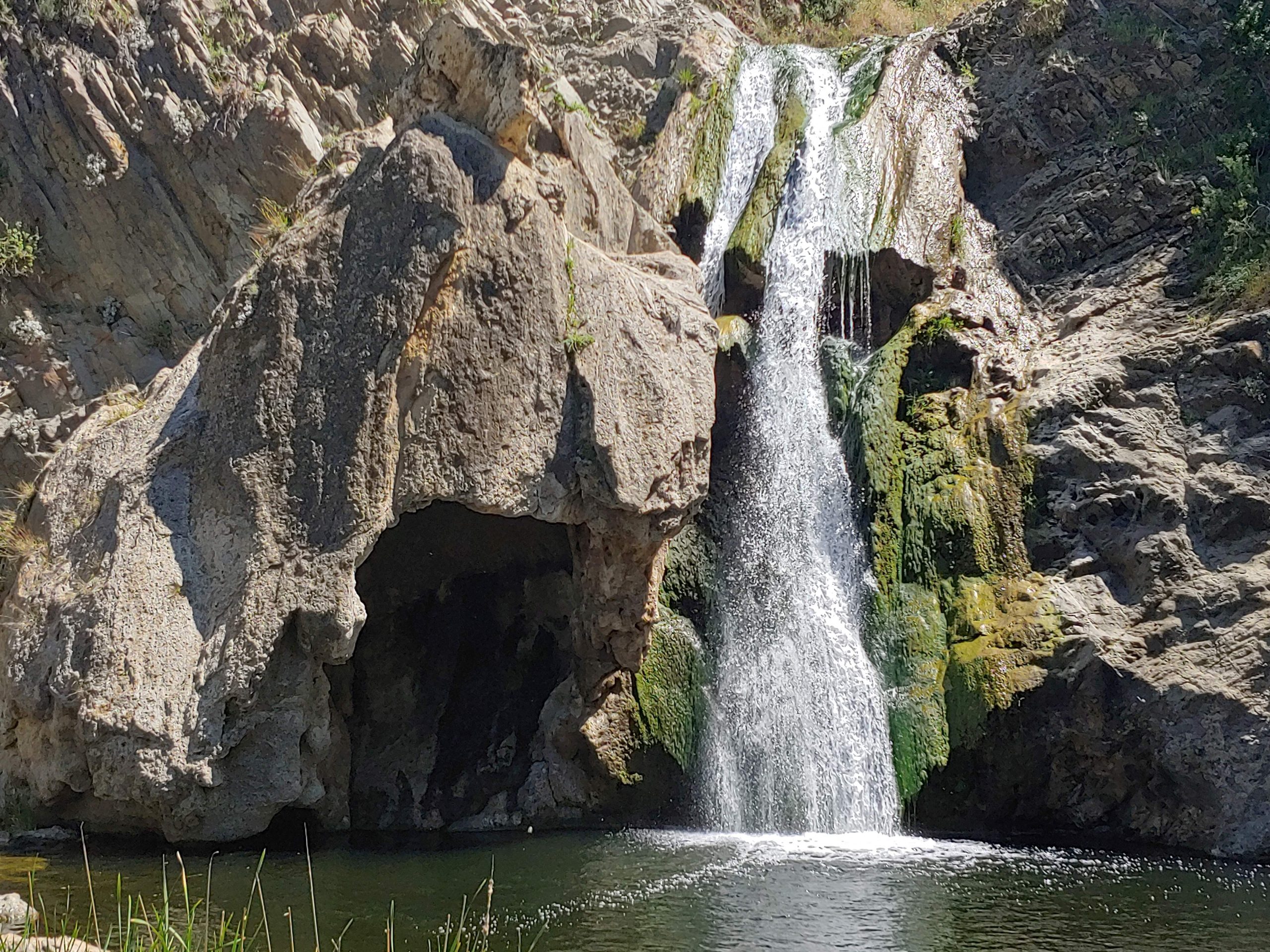 This last weekend the family and I decided to explore an area that is smack-dab in the middle of Newbury Park, Thousand Oaks and Moorpark.  If these cities sound familiar to you, this is the area that experienced tragedy in the fall of 2018 with the Borderline shooting and the massive fires.

It has been very interesting hiking through these recently burned areas. You find some unique displays of decayed or reborn nature all around you. It has been really awesome exploring these hills since then though. We have had record-setting rainfall since the fires and still had rainfall last week.  With the refreshing of the hills, we set out to Wildwood Regional Park.

Setting Off On Adventure 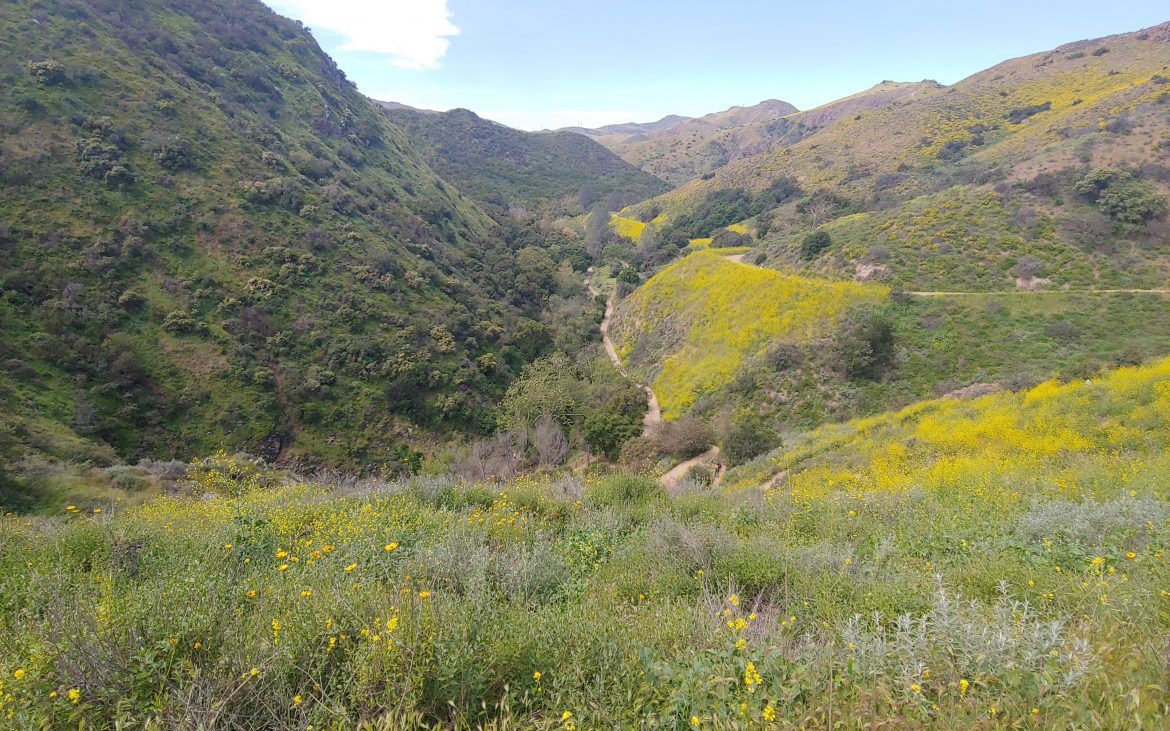 Wildwood Regional Park is a suburban park in the western Simi Hills, in Ventura County, California.  It is located in western Thousand Oaks, northern Newbury Park and southern Moorpark.  It sits behind California Lutheran University and the nearby Ronald Reagan Library in Simi Valley.  The park is home to over 27 miles of vast hiking trails, over 250 plant species, 37 species of mammals, 70 bird species and 22 species of amphibians and reptiles.  As with most hiking places in the area, many of the reptile species are various types of snakes.  For example, just this park alone has over 15 different species of snakes, only one of which has been classified as venomous. It consists of 1,765 acres and is connected to adjacent open-space areas comprising an additional 1,400 acres. 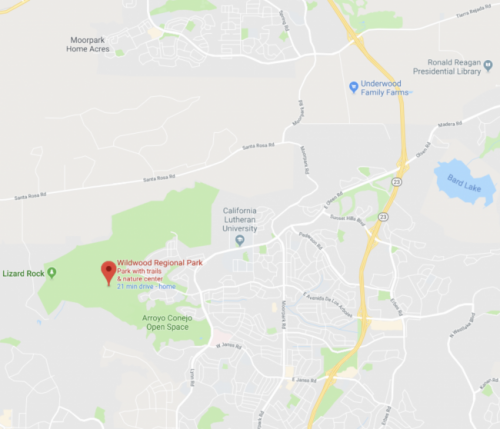 There are several landmark locations to hike to throughout the park.  These include Lizard Rock, Arroyo Conejo Gorge, Paradise Falls, Little Falls, Indian Cave, Meadows Cave, Teepee and Fort Wildwood.  When we went to the park there were probably over a hundred other adventurers out on the trails around us.  It was really cool to see so many young families getting out into nature together and pursuing an active lifestyle.  On this particular trip, it was me, the kiddo, my wife and my product review partner Drew.

Truth be told, I am writing this article 48 hours after the hike and just confirmed via text that all three of our calves are still on fire.  I mean this to simply say that it was a refreshingly challenging hike due to its changing inclines, but also very easy and safe compared to some of our other adventures.  My daughter didn’t find any snakes on this trip either, so that was a plus!

The main trail of Wildwood Regional Park is the Paradise Falls trail.  There are several different ways to enter Wildwood, interestingly some of these entrances are even in different cities.  The Paradise Falls trail can be accessed from all of these entrances. This year-round 40-foot waterfall drops into a large pool along the Arroyo Conejo and can be accessed in under three miles from most of the entrances.  There were many different people enjoying the falls in many different ways.  For example, we found a young woman practicing yoga and meditation on the edge of a cliff above the pond. We saw boy scout troops practicing fishing lines, people on picnics along the stream and other sorts of outdoor fun.  It was surprising to see the falls for the first time, considering that it’s hidden in the middle of a very dense suburban outset of Los Angeles. For our little clan, it was a particularly cool moment as it was our daughters’ first time seeing a waterfall. 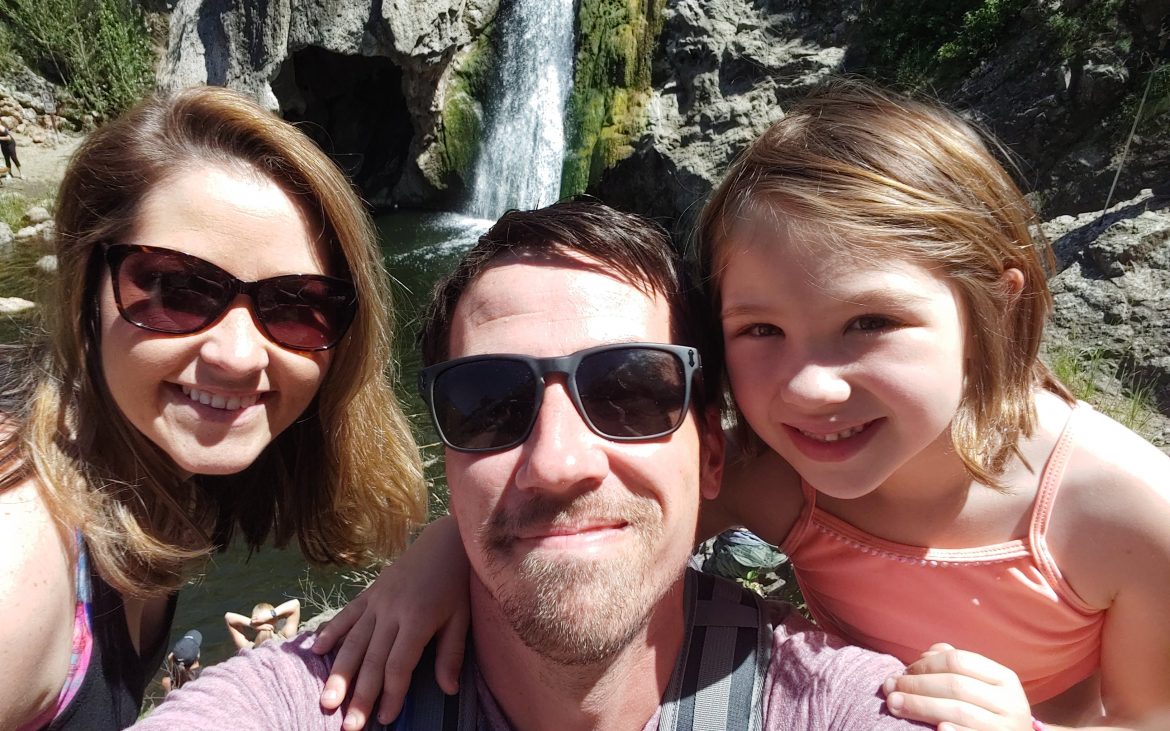 Currently, in Southern California, we are experiencing a Super Bloom. Although it particularly pertains to poppy growth closer to San Diego, there is no denying that the hills of the area were just drenched in color by various explosions of flowers.  We were shocked to find bright yellow flowers flickering over six feet off the ground.  Walking along the wide open trails of the beginning routes, these flowers covered the grasslands in every direction and invaded the air with beautiful smells. 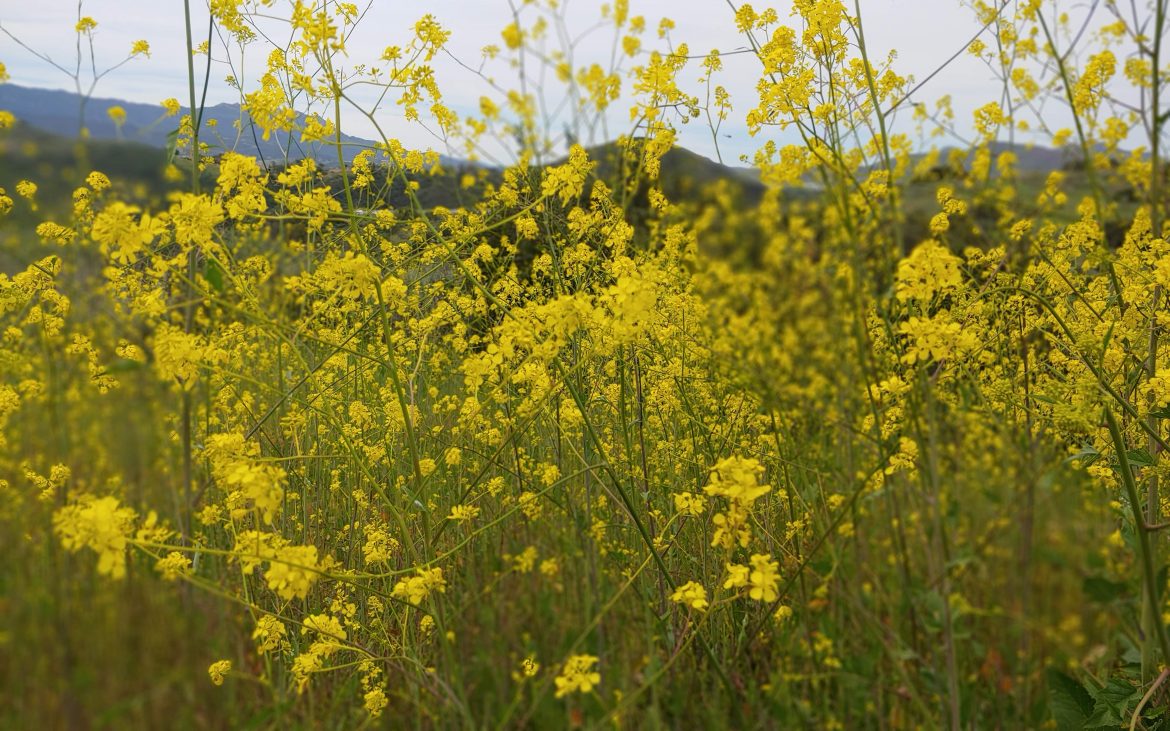 In addition to the historic connection to Native Americans that once occupied the area, some trails even lead directly to caves once occupied by Chumash Indians and large wooden teepees to escape the sun.  Wildwood Park was once home to the Chumash people for more than 8,000 years before it became part of a Spanish land grant in the early 1800s.  A Chumash Village known as Yitimasth was even located where Wildwood Elementary School now sits.  In addition to numerous archeological sites, Wildwood houses various artifacts like stone tools, shell beads and arrowheads. 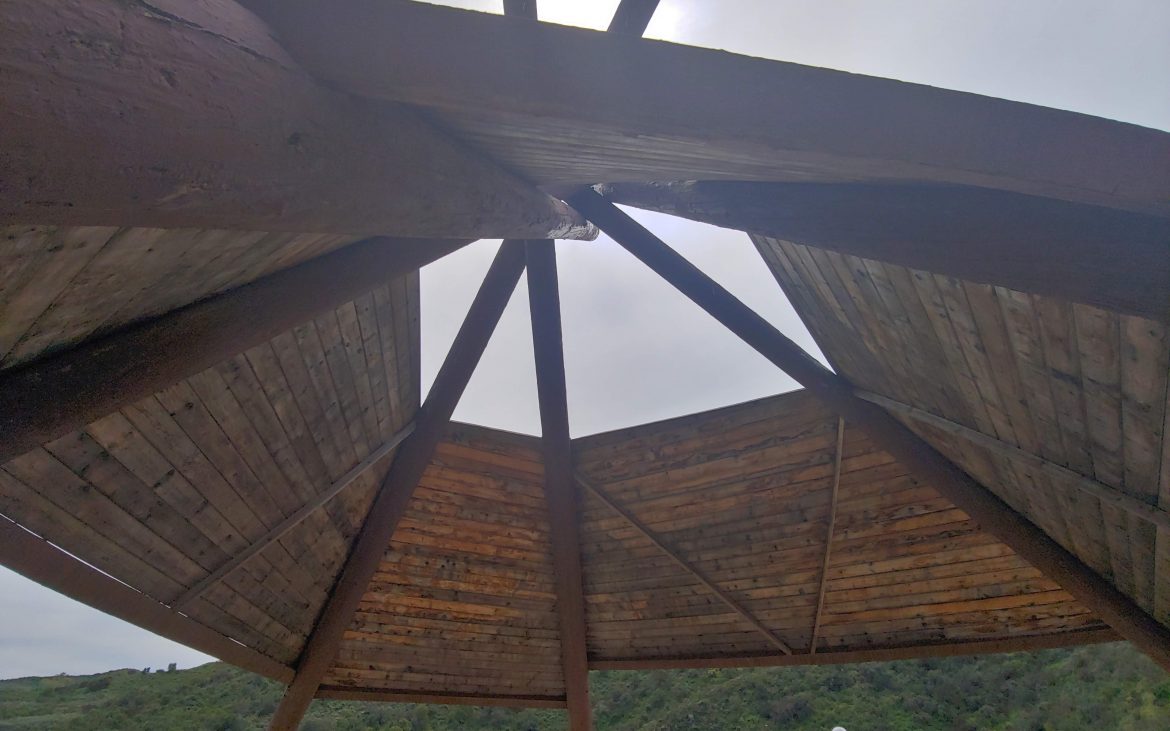 I have to admit that this was one of my favorite places that we have found on our Dad Outside adventures so far, as it just offered an enormous variety of wildlife, hiking difficulty, and historical experiences.  We have always allowed imagination to generate magic on our adventures and settings as diverse as this are ripe for creation with a six-year-old.  From the waterfalls, the Indian artifacts, the winding trails, numerous rain ponds with growing fishies, there was just so much to capture her imagination.  If you are interested in learning more about the park, visit their locals’ park district site. 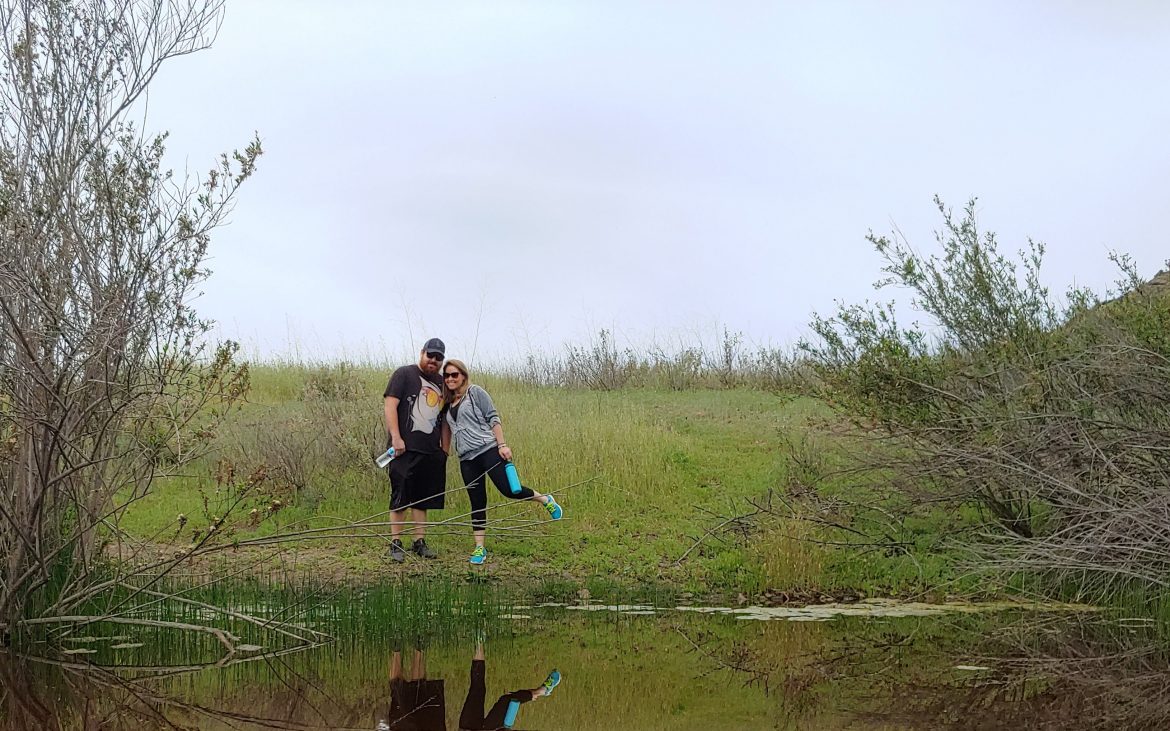 That’s all for this trip.  Happy Camping Everyone!

*Note, always remember when hiking these trails to watch out for snakes!

About the Author:
Jeremy P Elder is a U.S. Army combat veteran and podcast producer and host.  He has over 15 years of Business Development and Marketing leadership history. He is a proud father and writes the A Dad Outside blog series about adventures with his young daughter. Jeremy conducts new product reviews for Good Sam, Trailer Life and Motorhome. 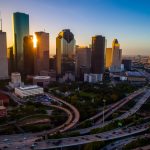 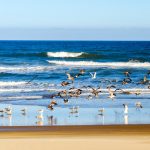 A Dad Outside: Hike to Paradise Falls in Wildwood

Explore the ongoing outdoor adventures of author Jeremy P Elder and his family.

10 Reasons Why Campland is the Ultimate Family Vacation