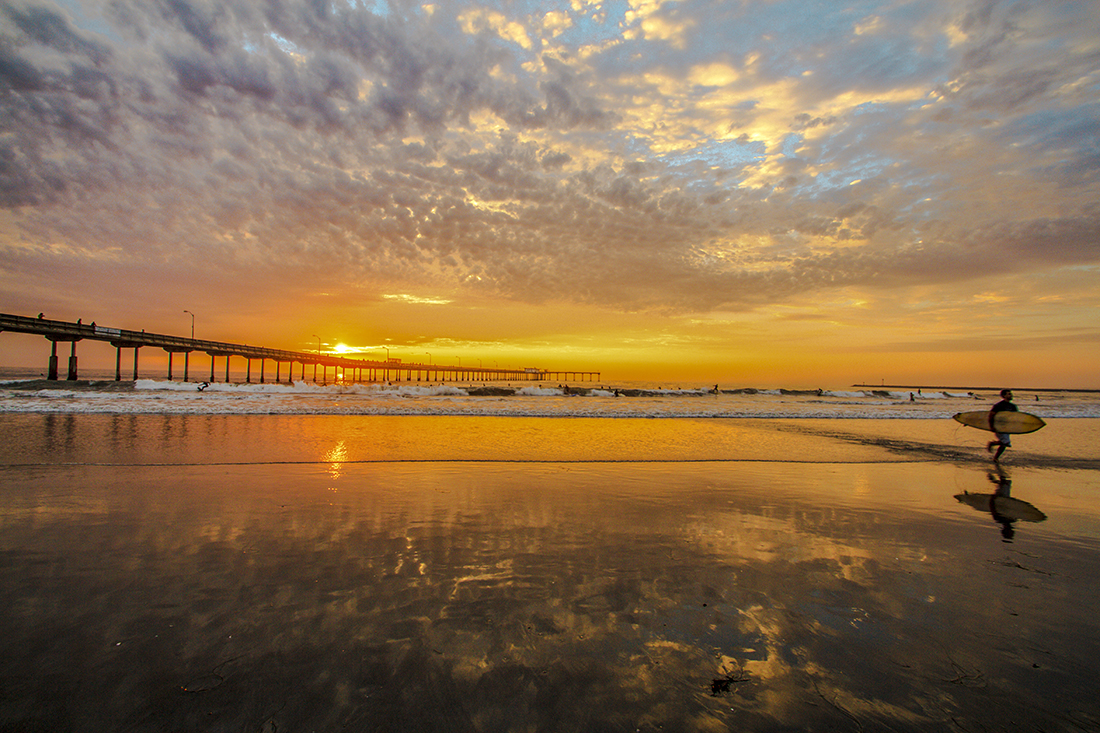 As a kid growing up in San Diego, many of my summers and weekends were filled with family beach trips and Boy Scout campouts in the local area. There seemed to be no limit to the shores, hiking trails and museums to explore as a dorky youngster. Enjoying San Diego’s Natural Treasures seemed endless.

I’ve since moved away from San Diego, but during my family visits, I’ve watched two developments: First, several cool neighborhoods like the Gaslamp Quarter, La Jolla and Little Italy have exploded into bustling, popular communities. Second, many of the untamed places have stayed untouched. And these pockets of wilderness are open to visitors eager to learn about the natural gems in “America’s finest city.”

So start exploring! And when you’re done, hoist a beer, sip a cocktail or enjoy a fine meal at one of the city’s iconic eateries. San Diego RV parks roll out the welcome mat for visitors to the city. 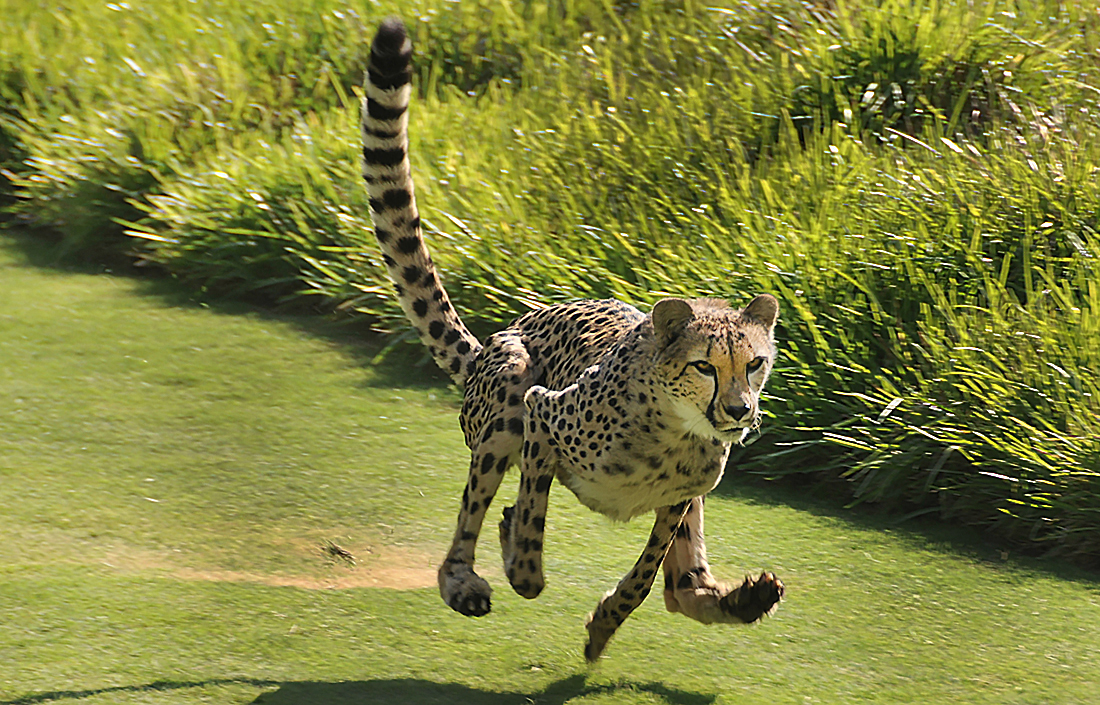 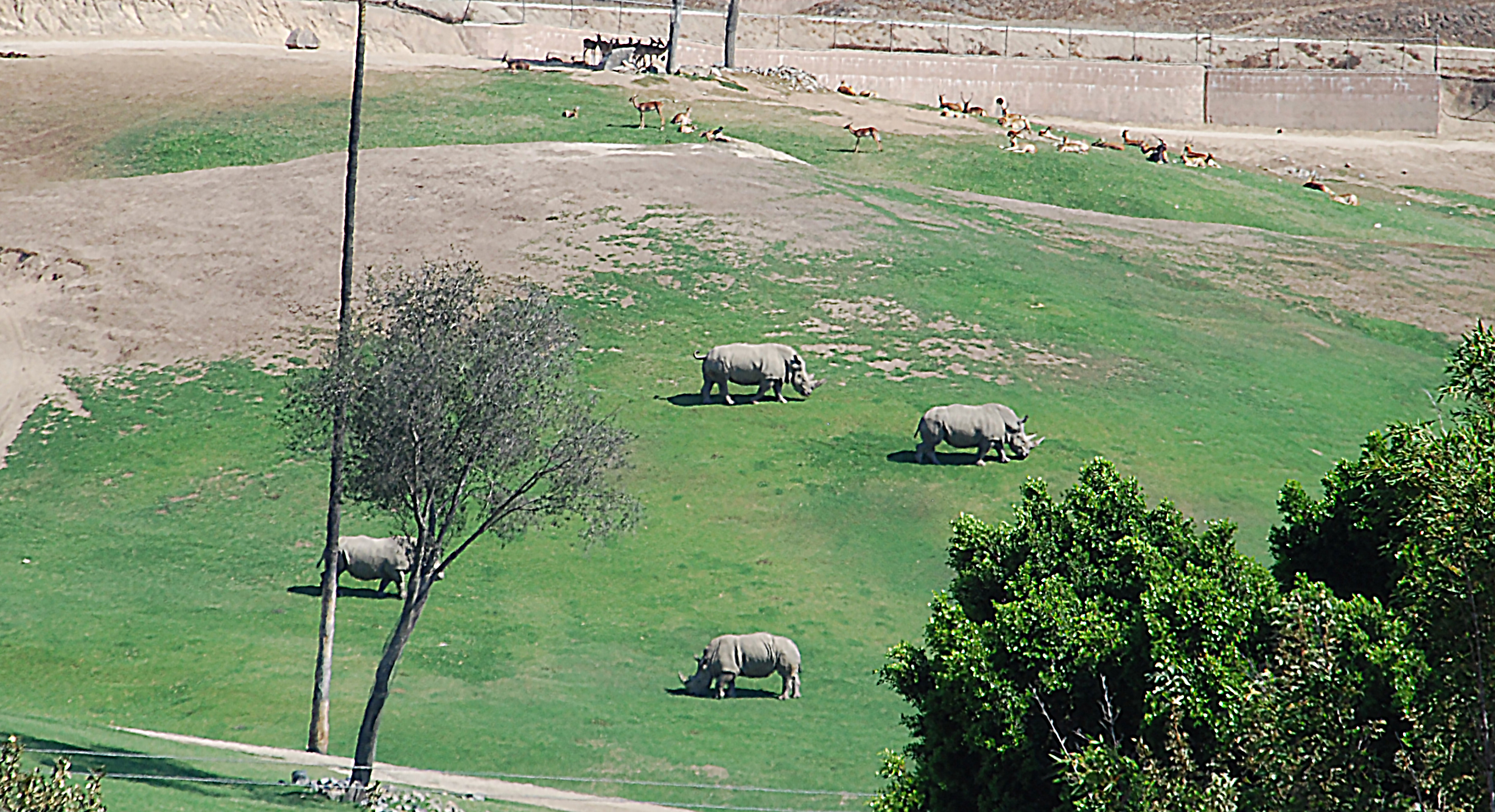 Must-Sees: The park stages a daily Cheetah Run that lets the big cats sprint on a 330-foot track. Visitors can watch the spotted racers reach speeds up to 70 miles per hour in only four seconds while chasing a mechanical lure. 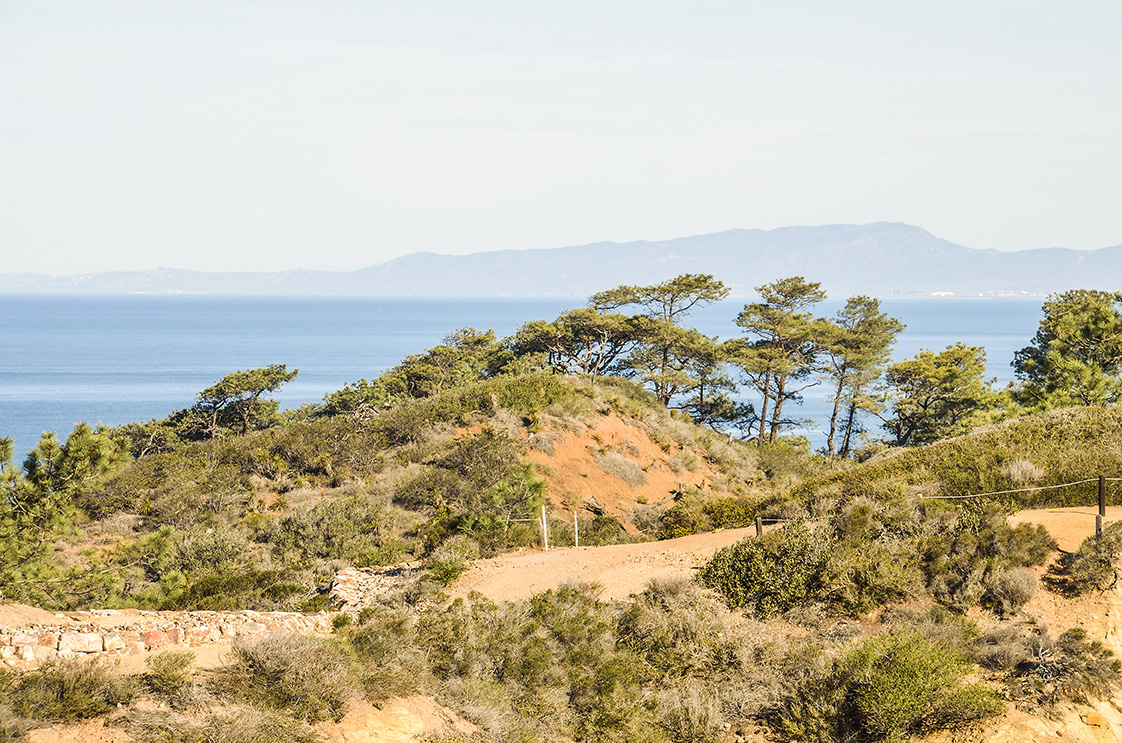 It may seem hard to believe, but you can still discover stretches of Southern California Coast that haven’t been lined with mega-mansions and condos overlooking the Pacific Ocean. Torrey Pines State Natural Reserve protects 1,500 acres of pristine coastal land with stunning overlooks accessible by trails. The remarkable expanse preserves terrain untouched by development, including maritime chaparral, the rare Torrey pine, sheer bluffs overlooking the ocean and a sprawling wetland that attracts migrating seabirds. Keep in mind that this park’s natural phenomena are strictly protected — dogs and food are prohibited.

Must-sees: Take a walk through a grove of Torrey Pines, the rare tree species that gives the park its name. The open-crowned trees grow up to 56-feet tall and cut a striking form against the ocean horizon. 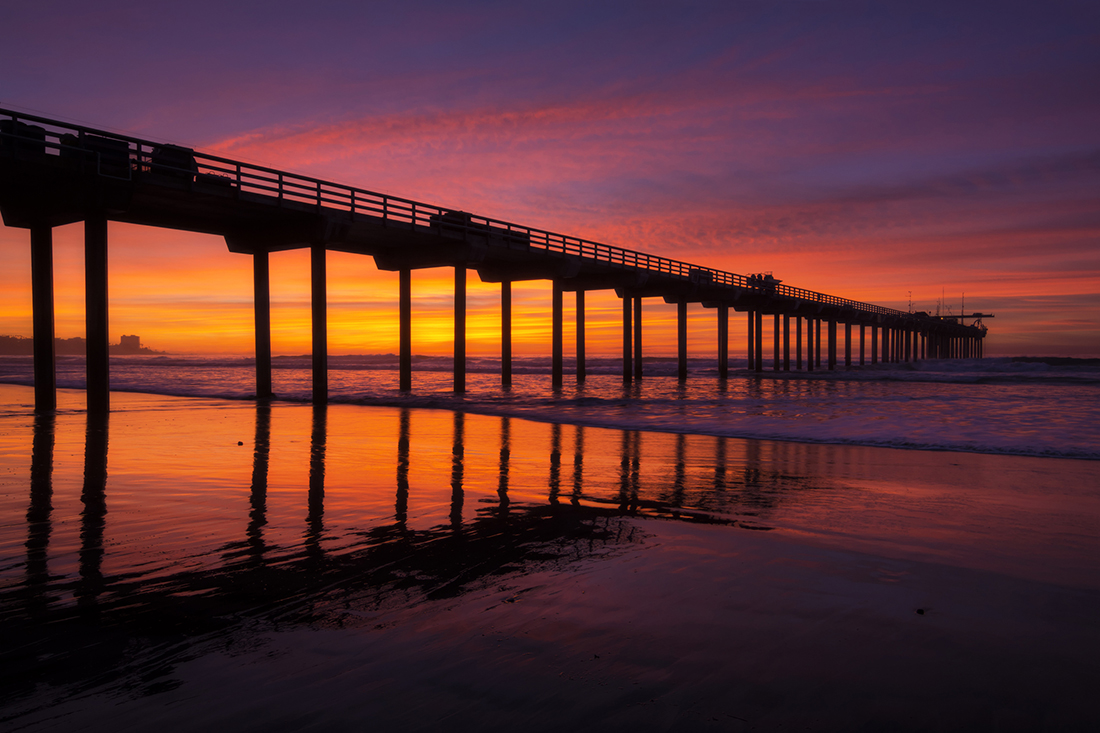 Perched along the coast off La Jolla, the Scripps Institute of Oceanography serves as a window into the vast Pacific Ocean — and the views from land aren’t bad, either. Book a tour on the campus to learn about the groundbreaking discoveries made by oceanographers over the decades. Nearby, the Birch Aquarium showcases exhibits of fish from across the Pacific in compelling displays. Budding oceanographers can handle sea life in Tide Pool Plaza while enjoying jaw-dropping views of the ocean to the west.

Must-sees: Book a Full Moon Pier Walk to see the Pacific Ocean in silvery light. Collect plankton and learn how bioluminescent organisms get their glow. It’s a unique chance to walk the 100-year-old Ellen Browning Scripps Memorial Pier, which is generally closed to the public. 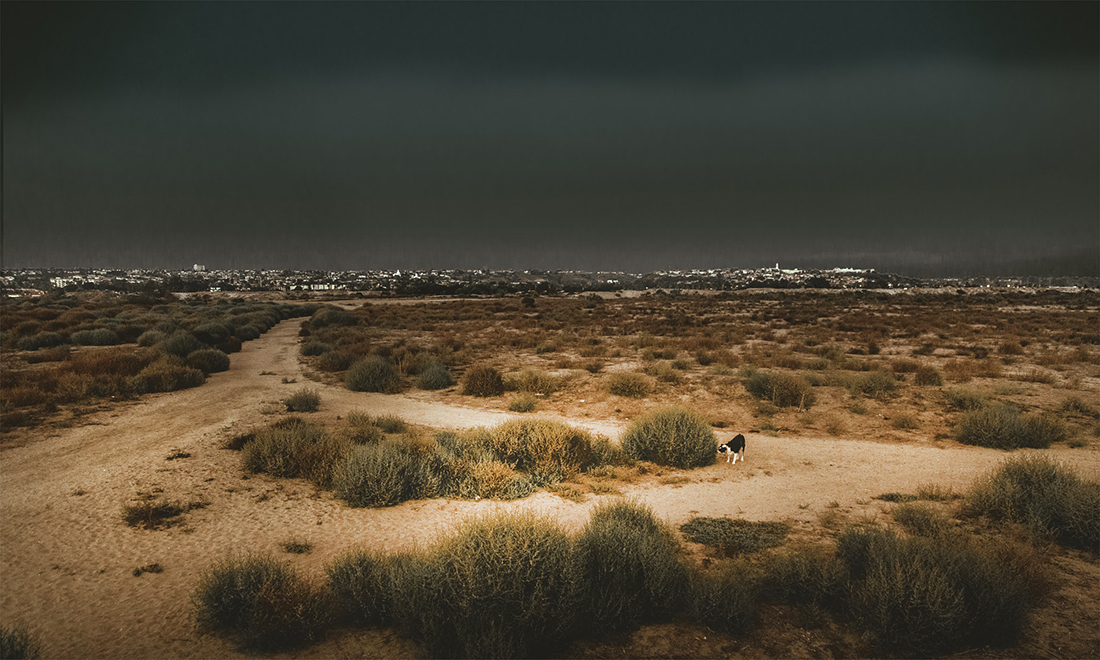 Separated from the Pacific Ocean by the narrow Mission Beach isthmus, sprawling Mission Bay attracts legions of boaters and beachcombers for fun on the water. Get a taste of the bay’s wild side by crossing a short land bridge from the eastern shore to Fiesta Island. Although the undeveloped island is a popular spot for barbecues and camping, it’s also a teeming stopover for bird species ranging from western meadowlark and the mourning dove. The Fiesta Island off-leash dog park is a haven for canine owners who want to turn their four-legged friends loose on the shore. 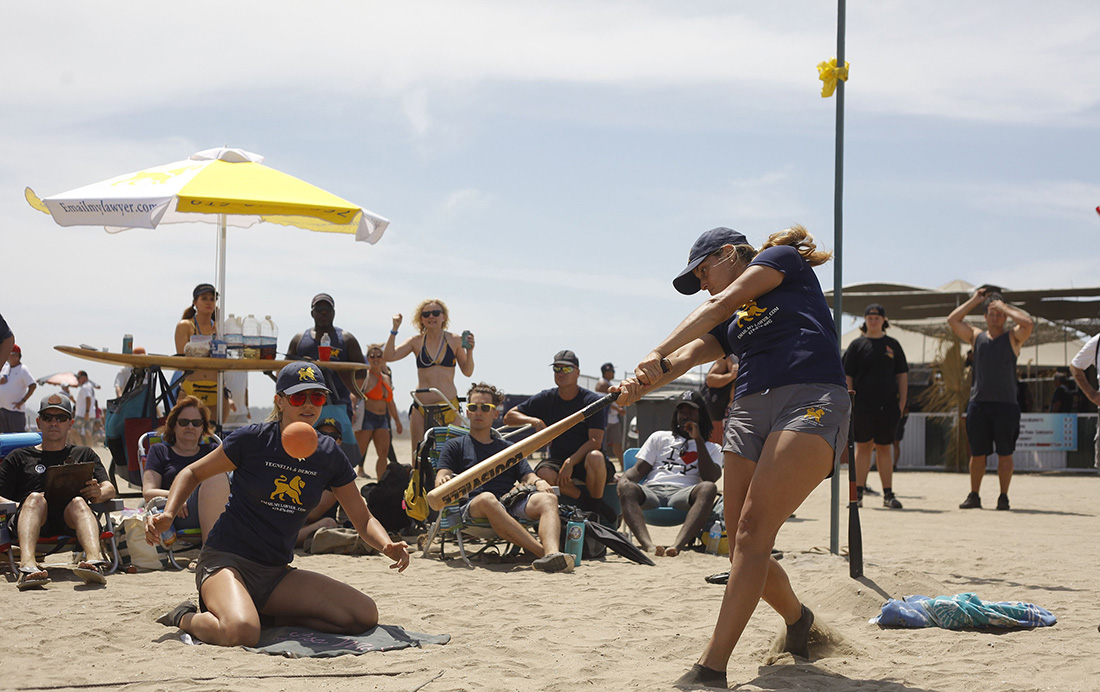 Must-Sees: Come to Fiesta Island in July to watch sluggers compete in the annual Over the Line Tournament. This variation on baseball attracts plenty of fans to watch teams of three players each hit and “clear the bases.” You don’t want to miss the chance to enjoy a beer on the sand. 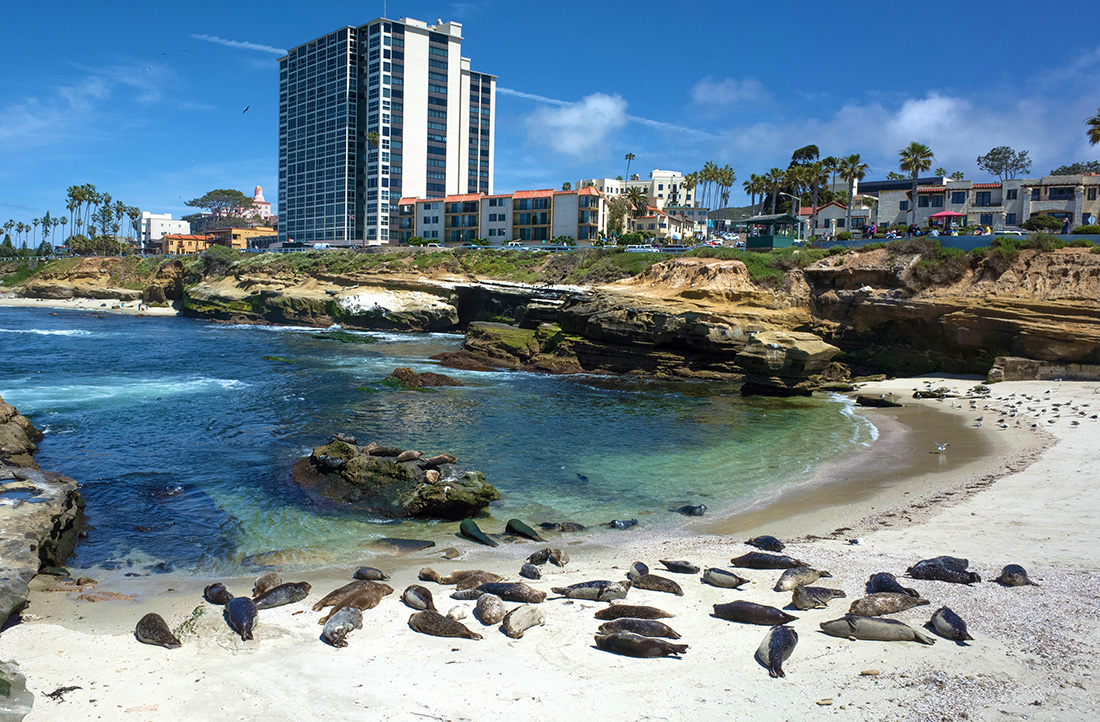 The beaches along La Jolla attract throngs of visitors — including scores of seals and sea lions. Can you blame them? During most days, large groups of the hefty mammals bask in the sun at the foot of the Sea Cave and Cave Store Area, La Jolla Cove, Shell Beach and other areas along the community’s rugged shore. If you’re willing to deal with dense crowds of tourists, you’ll be rewarded with amazing views of the bellowing beasts. Note the difference: sea lions have external ears, have a brown hue and have a distinctive bark; seals have internal ears, emit only low grunts and have a darker hue. Regardless of species, visitors shouldn’t feed or touch them. 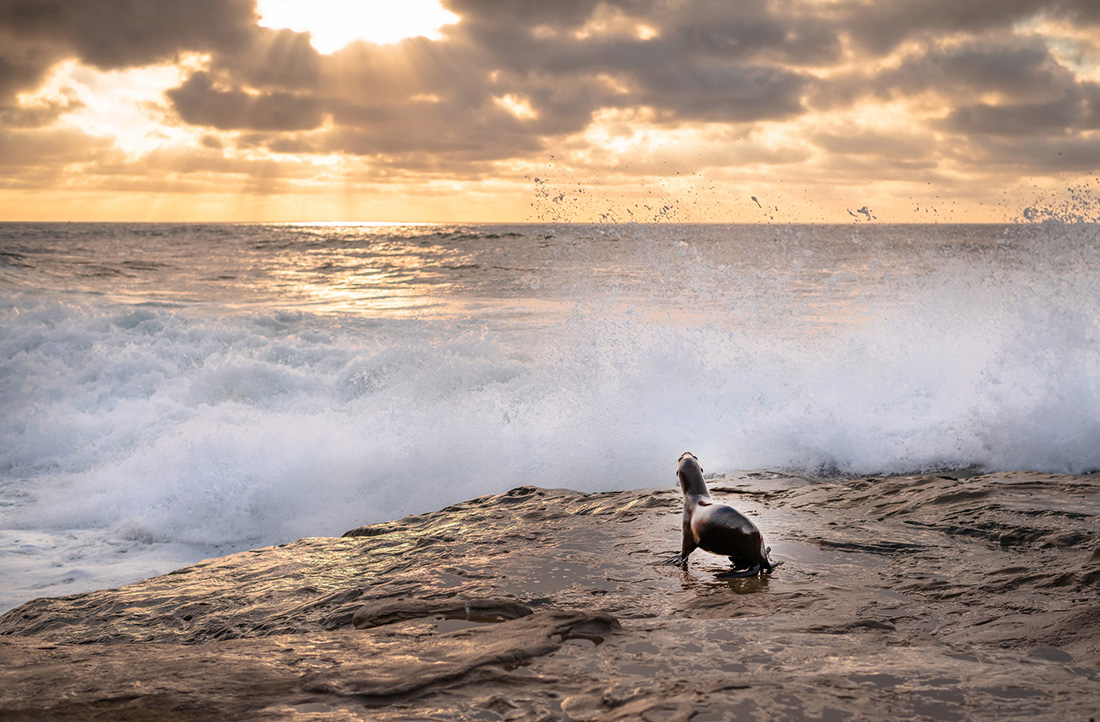 While you’re in the area, check out snorkeling, surfing and paddleboarding. Inland, visitors enjoy world-class shopping and dining in La Jolla’s restaurants and boutiques.

Must-Sees: Don’t limit your visit to beachcombing. Launch a kayak into the ocean to see the beaches and cliffs from the water. Some tours lead kayakers to the sea caves deep into the cliffs. 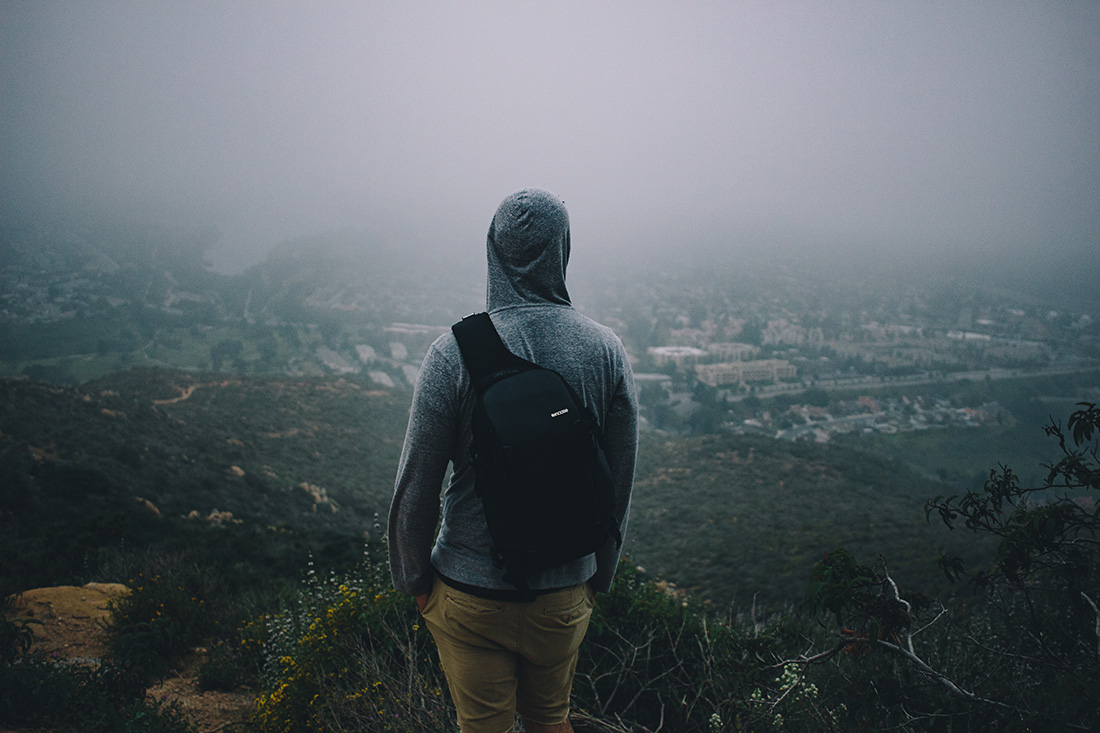 Rise above it all by climbing to the tallest peak in San Diego. Located near the town’s eastern border in Mission Trails Regional Park, Cowles Mountain rises 1,593 feet above sea level. A 1.5-mile trail with switchbacks takes hikers to the peak, which dishes out 360-degree views of the entire county. Elsewhere in the park, the Oak Canyon Trail follows a ravine lined with oaks and sycamore trees. A charming stream babbles along the trail.

Must-Sees: Visit during the spring, when wildflowers along the trail bloom in a dazzling profusion of color. 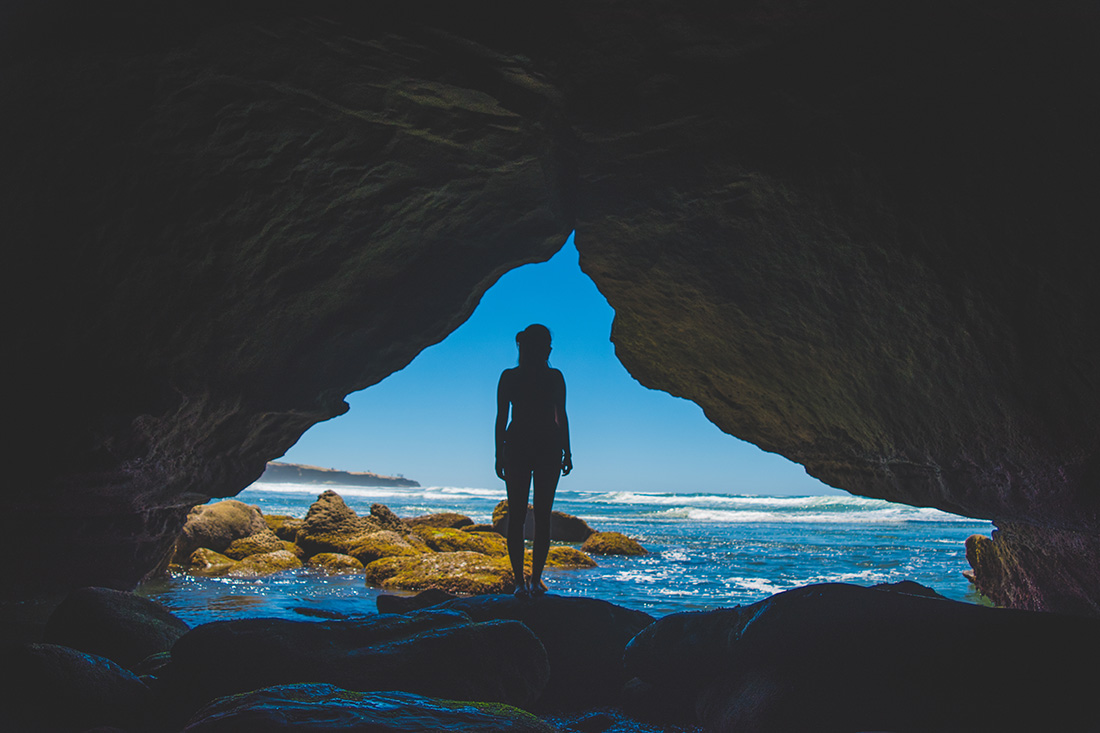 Stretching along the rugged Pacific Ocean coast east of downtown San Diego, Sunset Cliffs Natural Park preserves a stretch of coastline known for its coastal bluffs. Visitors who stroll along the 18-acre linear park are rewarded with stellar views of both the city and the sea. The sea caves and rock arches make for some of the city’s best photo ops. For more views, head inland to explore the 50-acre hillside section of the park, which connects to the 640-acre Point Loma Ecological Preserve.

Must-Sees: In mid-to-late April, gray whales can be seen swimming along the coast as part of their migration from the Bering Sea to Baja California. 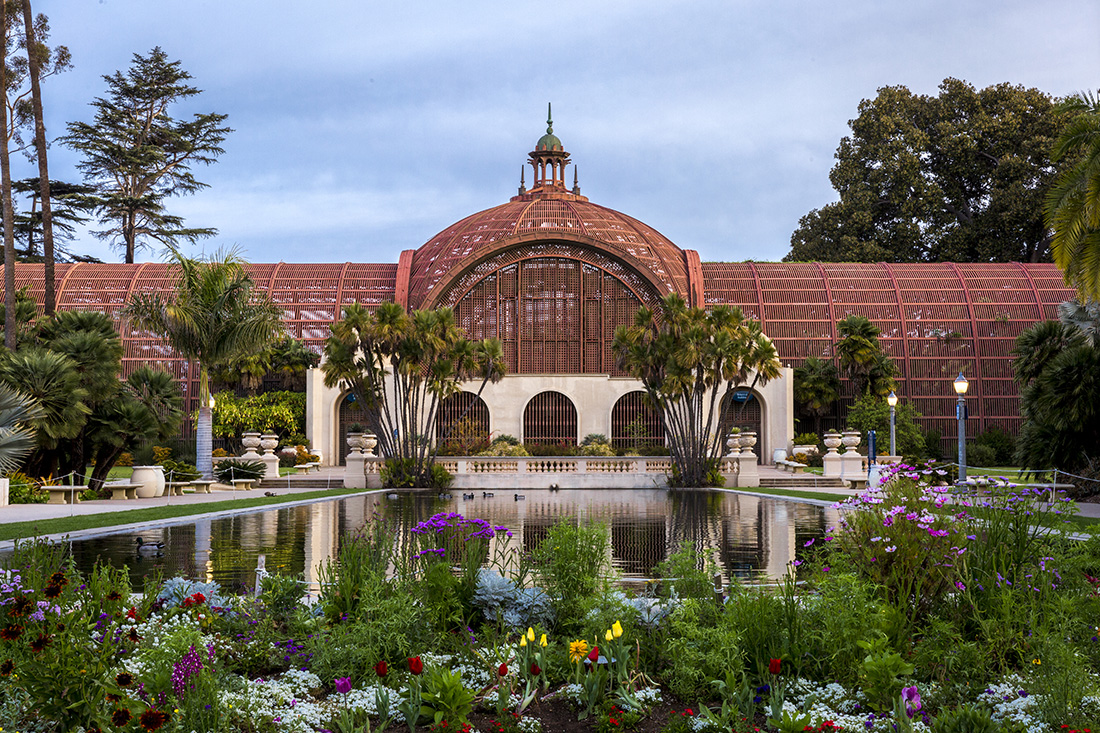 Balboa Park preserves some of San Diego’s most precious natural treasures. Built in 1915 in the heart of the city, the 1,200-acre park encompasses gardens, 16 museums, performance spaces and public square. Nature lovers will relish the Botanical Building’s 2,100 plants on display, including cycads, ferns, orchids and palms. Just outside, the Lily Pond is home to large, floating plants as it reflects the San Diego sky.

Hikers who take the steps into the lush canyon Palm Canyon Trail will encounter more than 450 palms representing 58 species. For budding paleontologists, the San Diego Natural History Museum showcases remains of prehistoric reptiles and mammals. Check out the Cerutti Mastodon, whose bones show signs of wounds inflicted by early humans. 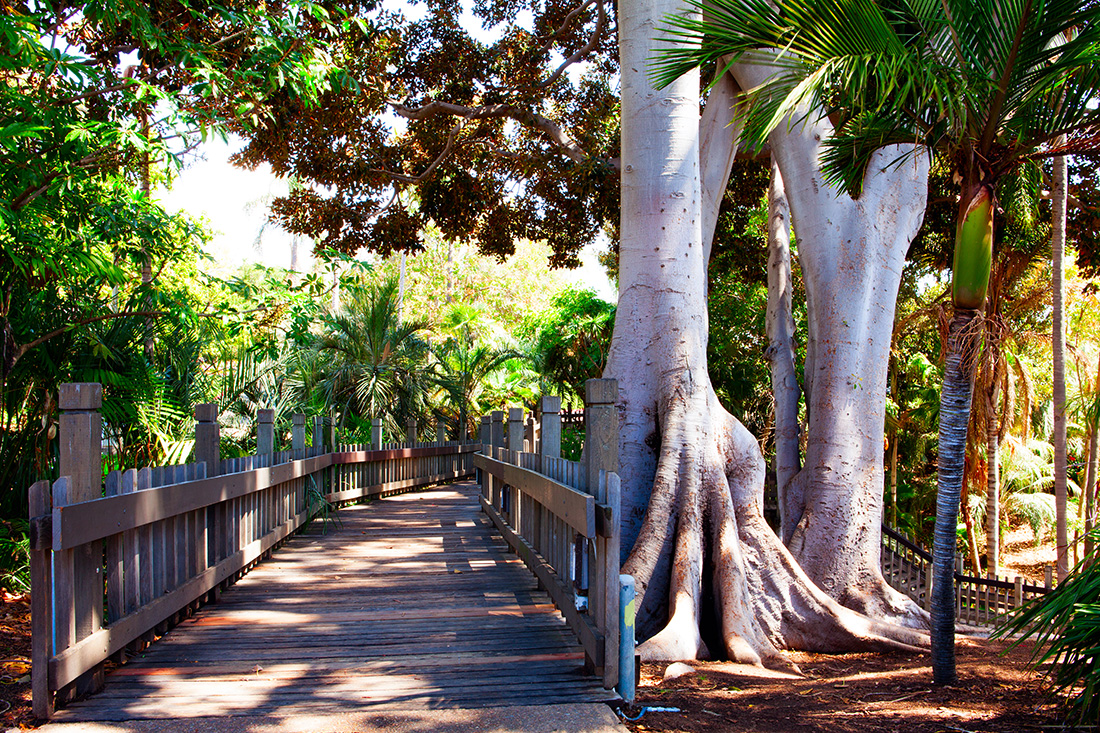 Must-Sees: Cap your visit with a picnic at Panama 66, which serves drinks, wine and beer, and even supplies picnic blankets for thirsty travelers who want to have a pleasant drink on the grass. Try one of their signature cocktails for a relaxing break. 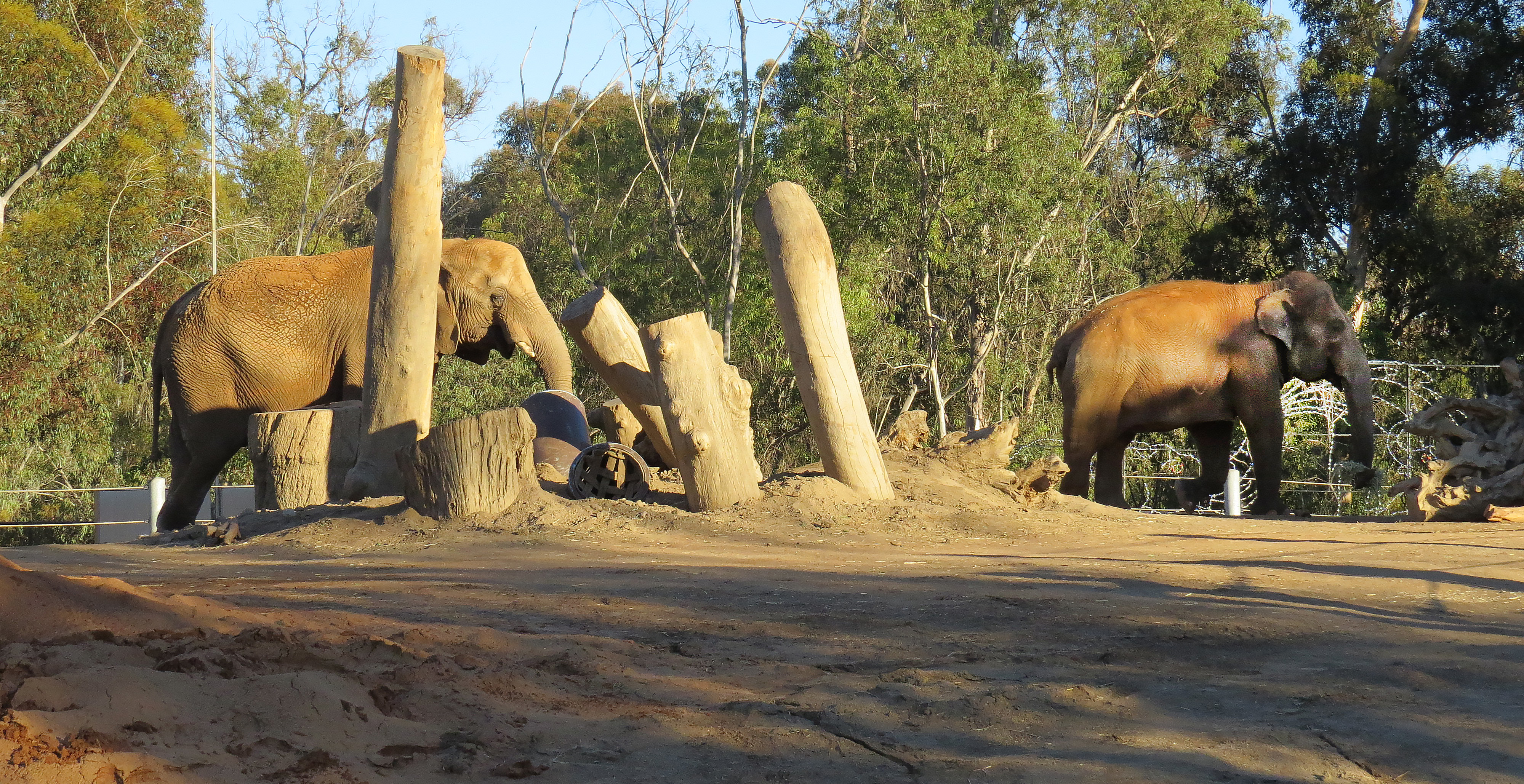 Part of the Balboa Park complex, the San Diego Zoo displays more than 3,500 animals in 100 brilliantly landscaped acres. The zoo has forged a reputation for innovation. It was the first zoo in the world to develop open-air habitats instead of cages, and it is one of the few zoos to breed and house giant pandas. The world-famous institution enlightens and entertains visitors with exhibits like the Monkey Trail and Forest Trails, Elephant Odyssey and Gorilla Tropics. Amazingly, the zoo had its beginnings in the 1915 Panama-California Exposition, when exhibitors of exotic animals abandoned their creatures after the event ended. The unexpected inventory of discarded animals led to the formation of the Zoological Society of San Diego, and the rest is history. 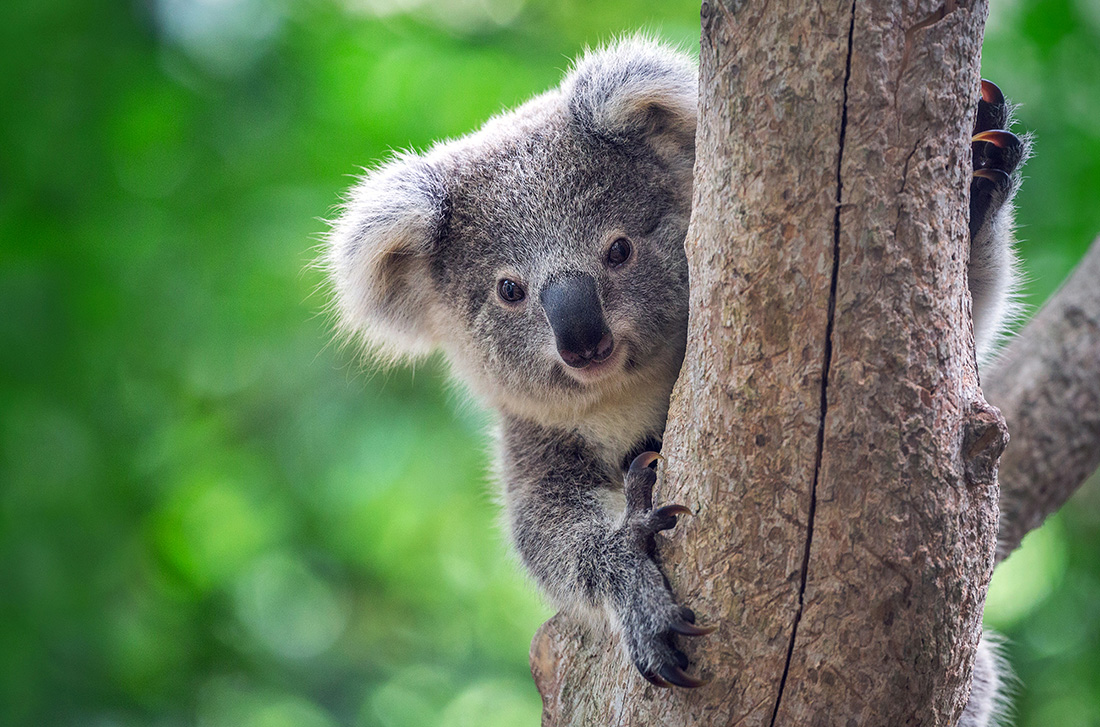 Baby Koala Bear on a tree in a natural atmosphere.

Must-Sees: The recent wildfires in Australia raised awareness of the plight of koala bears, furry marsupials who live in that nation’s abundant eucalyptus forests. The San Diego Zoo’s Australian Outback area, nicknamed “Koalafornia,” gives visitors an opportunity to get close glimpses of these charming, furry creatures as they climb their native trees. Guests also can see wombats, wallabies and kookaburras. 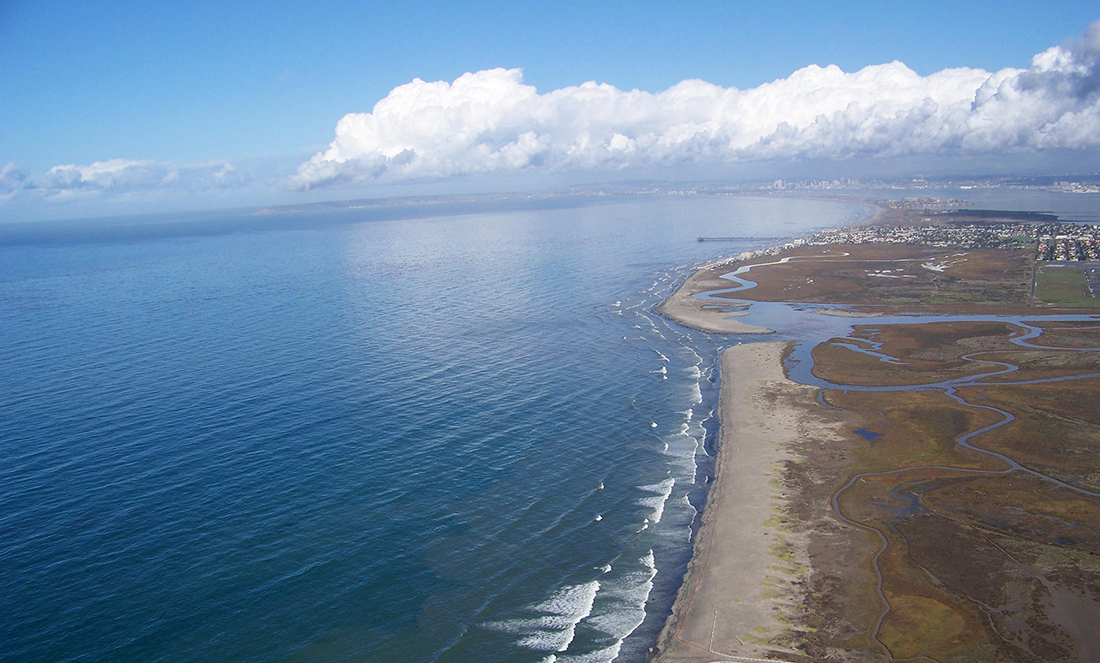 In the San Diego County town of Imperial beach — located at the very southwest corner of the United States — visitors can take a hike through untouched wetlands. The Tijuana River National Estuarine Research Reserve protects a wildlife habitat consisting of beaches, dunes, salt marshes, coastal sage scrub and upland habitats where the waterway separates the U.S. and Mexico before it empties into the Pacific Ocean. Hikers and equestrians can find lots of trails threaded through the park, along with picnic areas, barbecues and interactive displays.

Must See: Take the South Beach Trail for a secluded walk along an uncrowded ocean shore. Bring binoculars to see dolphins frolicking just off the coast.

Back in the City

If you’d prefer attractions on the civilized side, San Diego serves up big-city diversions that rival any other big metropolis:

San Diego Padres. The local Major League baseball team competes at Petco Park in downtown near the San Diego harbor. Every time a Padre hits a homer, a ship whistle sounds and fireworks go off over center field. It’s one of the MLB’s premier baseball fan experiences (even if the Padres ended their 2019 season in the basement of the NL West). 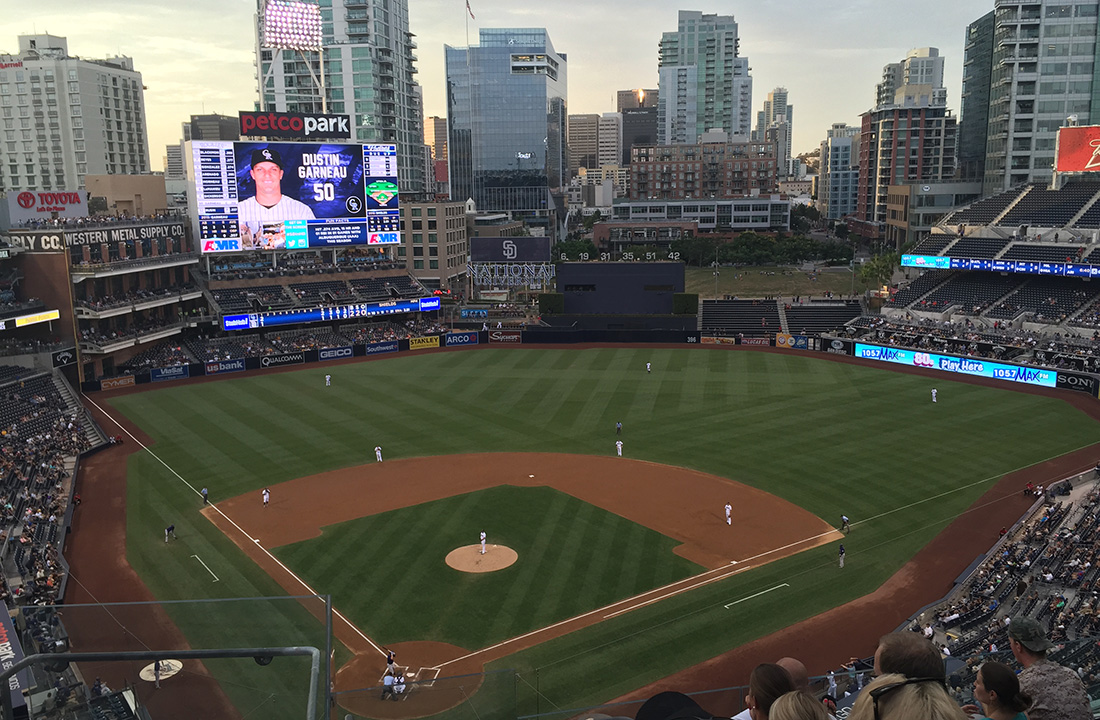 Ocean Beach. This stretch of San Diego coast has never lost its hippie flavor. Drop-in for fun in the water, a stroll the boardwalk and savor outstanding dining. The OB Farmers Market showcases produce from local farms in a laidback, earthy environment.

Beer Heaven. The thriving brewery scene in the Miramar area off Interstate 15 has resulted in the nickname, “Beeramar.” Go on a tour of the area’s many beer makers in one of SoCal’s top brewing regions. The out-of-this-world flavors make it worth your while. 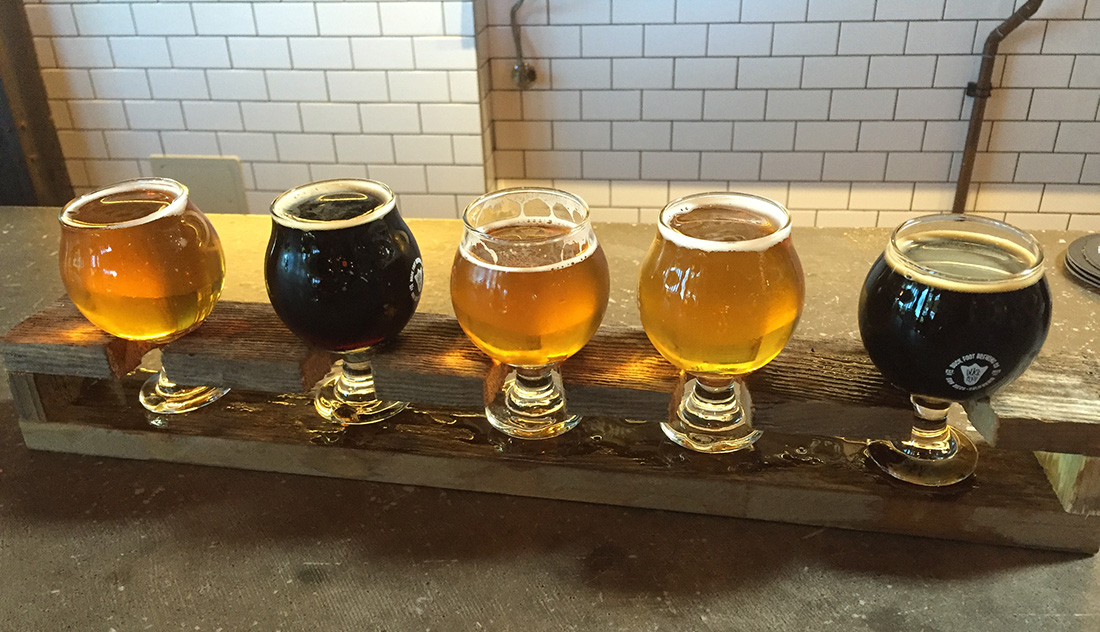 Movies on the Roof. In the heart of downtown San Diego, the Manchester Grand Hyatt treats film buffs to a special experience: Rooftop Cinema. Guests can relax and watch major motion pictures high above the city — if the views of the surrounding landscapes don’t distract you. Board games and cocktails also are part of this fun event. 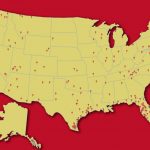 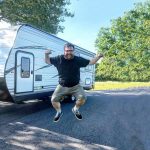