The entertainment capital of the United States, Los Angeles is more than just a fabled wonderland built on dreams. Today, the nation’s second-largest city is a place of staggering diversity and creative irreverence, where hybrid cultures find expression in innovative food mashups (LA is the birthplace of the Korean taco), soul-stirring street art and world-class cultural institutions. LA’s iconic downtown landmarks, including the billowing steel of Gehry’s Walt Disney Concert Hall, are matched in spectacle by the Hollywood sign, Hollywood Walk of Fame and famed TCL Chinese Theatres. And, when it comes to vibrant beach culture, the Santa Monica Pier, palm-studded Venice Beach and the rolling surf of Malibu have become symbols of carefree LA living.

Los Angeles is a remarkably diverse geographic area that encompasses a stunning expanse of Southern California’s coast. Just 130 miles from Mexico’s border, LA is flanked by the San Gabriel Mountains to the north and the Santa Monica Mountains along the coast to the northwest. The east-west Interstate 10 cuts through LA’s heart and is known as the Santa Monica Freeway. The weather in LA is hard to beat, with just shy of 300 days of sunshine a year. During the winter, powder hounds take to the slopes; several ski resorts are located within a 90-minute drive of the city.

LA’s answer to Central Park (but a lot more rugged), Griffith Park is one of the largest urban parks in the U.S. and is laced with more than 50 miles of trails. The park’s high point is Griffith Observatory, with a planetarium and fantastic views of the city. You may catch a view of a celebrity or two on the easy, 3-mile Runyon Canyon trail in the Hollywood Hills.

Home to some of California’s most iconic beaches, each with their own distinct characters, LA’s tony coastal enclaves boast some of the nation’s top surf spots and most cherished landmarks, including the Santa Monica Pier. Twenty-two miles southwest of LA, Catalina Island entices visitors with its white sand beaches and calm waters, along with family-friendly adventures within a laid-back island setting. 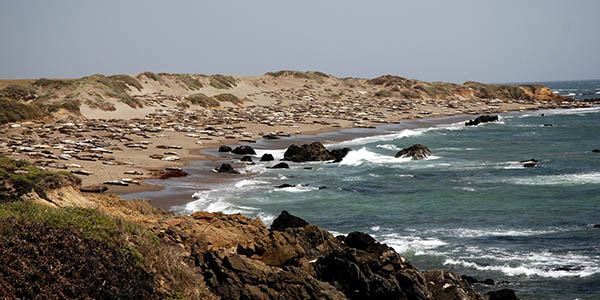 A symbol of both Los Angeles’ major industry and its glitzy denizens, the Hollywood sign has become one of the nation’s most beloved monuments. Located near the summit of Mount Lee in the Hollywood Hills, it was originally created in 1923 as an advertisement for a new real estate development called “Hollywoodland.” The sign heralded the rise of Los Angeles as the nation’s movie-industry mecca, which started in the early 1900s, when filmmakers flocked to the West to establish production studios near or in the budding metropolis. Visitors are no longer allowed to hike up to the iconic sign; the best views are on the scenic road to the Griffith Observatory. 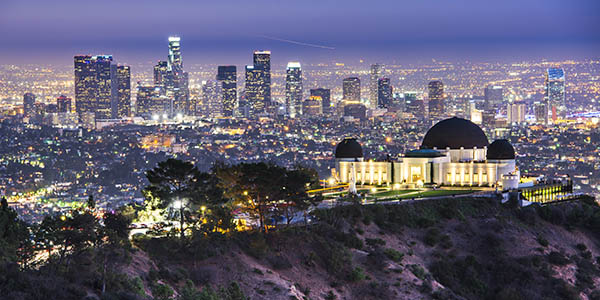 A visit to Universal Studios and the surrounding area fuses three classic LA experiences: a studio tour, an amusement park and a flashy shopping promenade. On a guided tram ride, you can view dozens of actual Universal movie sets and props. Movie-themed thrills include the Revenge of the Mummy roller coaster and the Wizarding World of Harry Potter. Cap your visit with a stroll down the Universal CityWalk, a strip of brand stores and chain restaurants located adjacent to the park.

The Los Angeles Film Festival has been a movie lover’s pilgrimage since the 1990s. Held at the ArcLight Cinemas in September, there’s all the pomp of a red-carpet gala, along with world premieres and star-studded panels. Looking for something different? The eccentric, offbeat soul of Venice Beach is captured each September with the Abbot Kinney Festival, California’s largest free community festival, with food trucks and vendors. Hollywood hosts the world’s largest Halloween street party with a raucous parade of drag-queens, live music, competitions and themed parties.

LA Tourism and Convention Board