From dazzling coastlines to world-renowned wine regions, California’s wildly diverse landscape and attractions will always keep you coming back for more. Plan an unforgettable road trip that encompasses urban thrills, quirky attractions and some of the most beautiful parklands in the country. The Golden State has all that and more.

California’s menu of outdoor fun is a smorgasbord of choices. A great place to start is Yosemite National Park, nestled in the heart of the Sierra Nevada and home to postcard-worthy vistas. Popular landmarks include the dramatic rock faces of El Capitan and Half Dome, as well as thundering 620-foot-high Bridalveil Fall and the intriguing Cathedral Spires. It’s clear why over 5 million people visit every year. 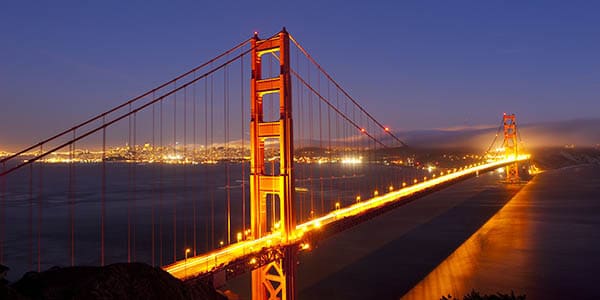 With countless lakes, streams and Pacific coast beaches, California reels in fishing enthusiasts in droves. Anglers can enjoy some of the best fly-fishing rivers in the Shasta Cascade; thanks to its blue-ribbon waters, it’s easy to hook big game trout in Fall River or Pit River. If you want to nab trophy-sized bass, head south to Clear Lake, the largest natural freshwater lake wholly within the state. Boaters are in luck throughout the state, as temperate weather and ample choice entice renters and owners. On the Pacific coast, choices are equally diverse. Drop a line from one of the many piers on the coast, or go surf fishing in the waves. Charter fishing boats also are available from several ports.

The deserts of the south inspire travelers with their stark vistas. Make a beeline for Joshua Tree National Park, at the crossroads of the high Mojave Desert and low Colorado Desert. Named for its distinctive plant life, this terrain encompasses rugged peaks and surreal rock formations. The prize for dazzling scenery may well go to Death Valley National Park, near the border with Nevada and famous for its vivid badlands and otherworldly salt flats. Located to the south, Anza-Borrego Desert State Park dazzles with colorful spring wild flowers.

California promises urban adventures of epic proportions. The state’s biggest city, Los Angeles caters to movie buffs who want to see the Walk of Fame and iconic Chinese Theatre, while music lovers can take in a concert at the Hollywood Bowl. Other top spots include Santa Monica’s bustling pier, the Griffith Observatory, Venice Boardwalk and Getty Center. In San Francisco, snap a photo of the famed Golden Gate Bridge, weave through winding Lombard Street, slurp clam chowder at Fisherman’s Wharf or take a ferry to Alcatraz Island to hear the stories of America’s most infamous felons. For a glimpse into California’s past, go to its birthplace: San Diego. Discover the historic Gaslamp Quarter buzzing with restaurants and bars, or Old Town San Diego State Historic Park, which takes you back to the city’s founding with its preserved buildings and museums.

Hunting can be found throughout the state. Top spots for deer hunting include the Cache Creek Wilderness Area, Jackson State Forest and Mendocino National Forest. For duck and geese, make your way to the China Island unit of the North Grasslands Wildlife Area or the Freitas unit of the San Luis National Wildlife Refuge. 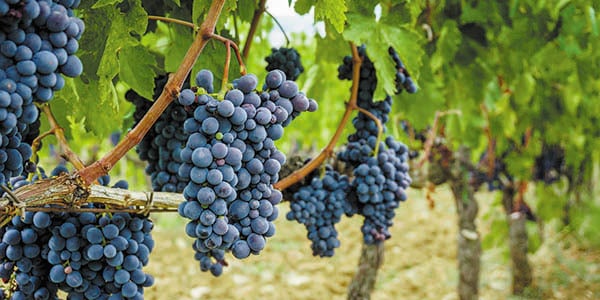 Grapes ripen for pinot noir in a California winery.

Wine lovers will discover a viticulture paradise in Sonoma County and Napa Valley, both north of San Francisco. Basking in ideal soil and temperature conditions, these iconic wine regions grow countless grape varieties, including chardonnay, pinot noir and cabernet sauvignon. From sipping award-winning vintages and dining at farm-to-table restaurants to touring estates and caves, California wine country is the perfect place to indulge in new flavors. Along California’s Central Coast, even more wineries can be explored. A trip to Santa Barbara County will tantalize your taste buds with several varietals. Known for its historic Spanish architecture, this city oozes old-world charm and is home to Old Mission Santa Barbara, one of the Spanish colonial missions. Also in the area, charming Ventura is the gateway to the dazzling Channel Islands, considered the “Galapagos of North America.”