From Williams Lake to Wheeler Peak?

The trail to Wheeler Peak

Several weeks after tackling a snow covered trail to Williams Lake in Taos Ski Valley for the first time, we decided to revisit the area to determine if we could make some progress beyond Williams Lake toward Wheeler Peak, the highest point in New Mexico. We set out on a beautiful sunny Saturday, with temperatures in the low 40’s that were headed toward the low 60’s.

The large rock halfway up the incline in the center of this shot was our turn around point.

We made faster progress our second time on this snowy trail and quickly reached the point where the Wheeler Peak trail turns off from the Williams Lake approach. We noted that the Wheeler trail was tracked, at least at the beginning, and were encouraged as we began our ascent. The first part of the trail follows a slim ledge along the side of the mountain. Covered with snow and a bit of ice, the trail felt a bit more “edgy” and treacherous than during the summer months. One false step may end our journey. Nonetheless, we were excited to be on the Wheeler Trail again as it was one of our favorite hikes last summer.

We continued on for an additional 25 minutes, then  looked up to see a very steep ascent ahead of us. As we are familiar with this trail, given our numerous summer days spent hiking it, we know there are no ascents as steep as the one ahead of us. Up to this point, the trail has been well marked, with blue spray paint on trees every 20-30 feet. We hiked up the ascent to a point where the large rock appears in the photo on the left, then turned around as we see no markings or trail.

Terry on the trail

We looked around, noting that we saw no blue marks up ahead. We spent 15 minutes retracing our steps and trying to find the trail. We saw blue marked trees behind us, but none up ahead. Somehow we had lost the trail.

Also, as we were hiking on a 55 inch base of snow (and I am only 5’4″ tall) we knew we needed to  be careful where we walked. If we stepped on an unhiked portion of snow covered terrain,  the snow will not be hard packed and it will likely give way beneath us. We tread carefully, exploring the area as best we can, but try as we might, we are unable to locate the trail. Finally we admit defeat and head back down the way we had come. We made plans to try again in a few weeks, when more snow has melted, making the snow less treacherous to hike and, hopefully, making the trail more visible. But our hike today has been delightful and well worth the effort it took to get here. We will return.

Read more about New Mexico camping and things to do in New Mexico. 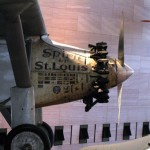