Spring suddenly blossomed into an early indication of the summer to come, with temps soaring this weekend in Northern California to the mid-eighties along the coast, and high 90s inland. Desert temps are driving the last of the snowbirds onto their northerly migration as temps soar over 105 degrees.

When that kind of weather hits suddenly, without much time to acclimate, many RVers fire up their air-conditioners and stay inside, hoping the heat will not last for too many days. Boondockers are different, though, heading up in altitude rather than in latitude because of what is known in weather circles as “lapse rate,” the increase or decrease in temperature with the change of altitude.

To complicate things, the rate of change varies with the moisture in the air–the humidity, just as the temperature spread between day and night at the same altitude varies with the humidity. You’ve all noticed that in humid areas, the mid-west and south for instance, in summer the variance between day and night is minimal. Remember trying to sleep after a 90-degree day when it cooled off to only 80 degrees overnight. Or how nice it was in the desert after a 90-degree day to have the night cool down into the 60s.

In dealing with altitude, though, the amount of change for desert–or dry–air is called the “dry adiabatic lapse rate” and is equivalent to 5.4 degrees fahrenheit (3 degrees celsius) for every thousand feet of altitude. What that means for boondockers is that instead of (1) having to run the noisy smelly generator for hours in order to operate the air-conditioner long enough to cool–and keep cool–your RV’s interior, and (2) having to stay inside where the air-conditioning is just to be comfortable, we just head up. Staying clositered in a tiny house-on-wheels instead of being outside is not a consideration in my book.

One April a few years ago we had just left our winter digs along the Colorado River in Arizona and were heading east on US 60 with the intent of visiting the fine Desert Caballeros Western Museum in Wickenburg. Though we got a fairly early start, by noon when we pulled under the shade of a cottonwood tree for lunch, the thermometer had registered 100 degrees. We shelved the museum idea with visions of the Ponderosa pine forests surrounding Prescott, so we made a left turn and within an hour and a half had climbed from a hot desert elevation below 2,000 feet to the cool forests of Prescott at  5,300 feet, and a decrease in temperature of more than 20 degrees. It felt positively cool.

So now, when conditions get too hot, we head uphill. Not only does the change in altitude kick in our natural air-conditioning system, but as a boondocker we are not restricted by the positioning of a campsite pad, and can angle our rig so that we are broadside to the prevailing breezes. We then open all the windows on both sides, and let the natural cooling breezes do their work, while we go out and enjoy a hike, the trees, birdlife . . .

Oh, by the way, this boondocker’s air-conditioning system doesn’t work so well in those humid areas I mentioned, for two reasons. One, the “wet adiabatic lapse rate” for moist, humid air, is only half that of dry air areas–a mere 2.7 degrees for every thousand feet of altitude. And in the mid-west and south there just aren’t that many mountains where you can climb up a few thousand feet in an hour and a half.

Note of (hopefully) interest: I am working on an ebook on boondocking. When it’s ready I will let you know here in my blog. 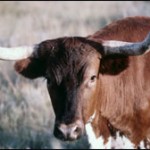