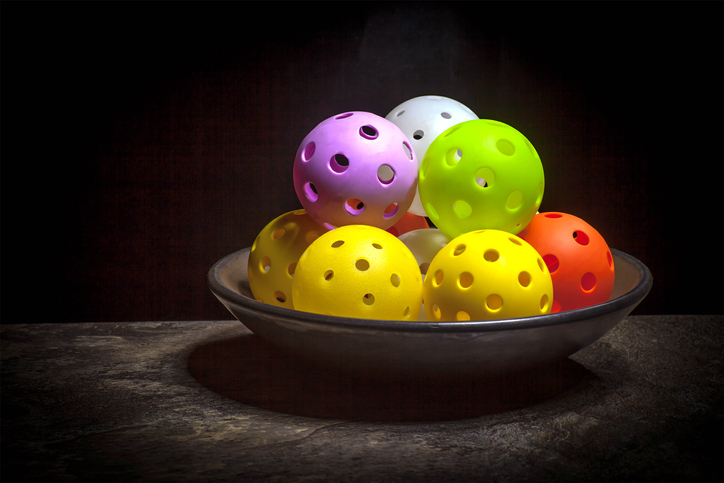 Paddle Up for Pickleball at Outback RV!

Labeled as one of “the fastest growing sports in North America”, it’s hard to believe that pickleball had such humble beginnings. What started as a set of ping pong paddles, a badminton court and some bored children has since exploded into a modern-day sport. Visitors to Outback RV Resort in Tanglewood have enjoyed pickleball for over ten years. 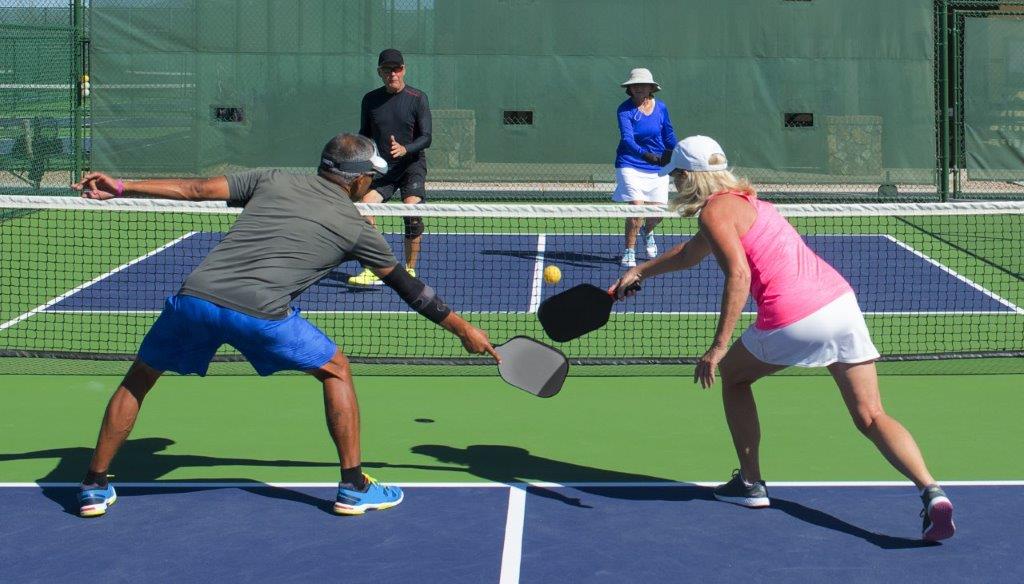 It all began one hot summer day on Bainbridge Island in Washington state, not too far from Seattle. Congressman Joel Pritchard and his longtime friend, Bill Bell, had just returned to Pritchard’s home after a golf game to find their families sitting around, bored, with nothing to do. In an effort to entertain themselves, Pritchard and Bell set off to find badminton equipment for the old court set up on the property. When they were unable to find a full set of rackets, the men improvised with ping pong paddles and whiffle ball – the rest is history.

Pickleball started in 1965 and came to Tanglewood in 2006 thanks to resident, Charles Kuehn. Kuehn first played the sport in Virginia and instantly fell in love with it. He returned to Florida determined to share his newfound passion with his fellow residents.

What began with limited equipment and temporary courts on the dance floor, has now evolved into numerous teams and brand new, pickleball-specific facilities. The four initial pickleball courts at Tanglewood have been dedicated to Kuehn, and the continued growth of the pickleball club with 75 + players is astounding. 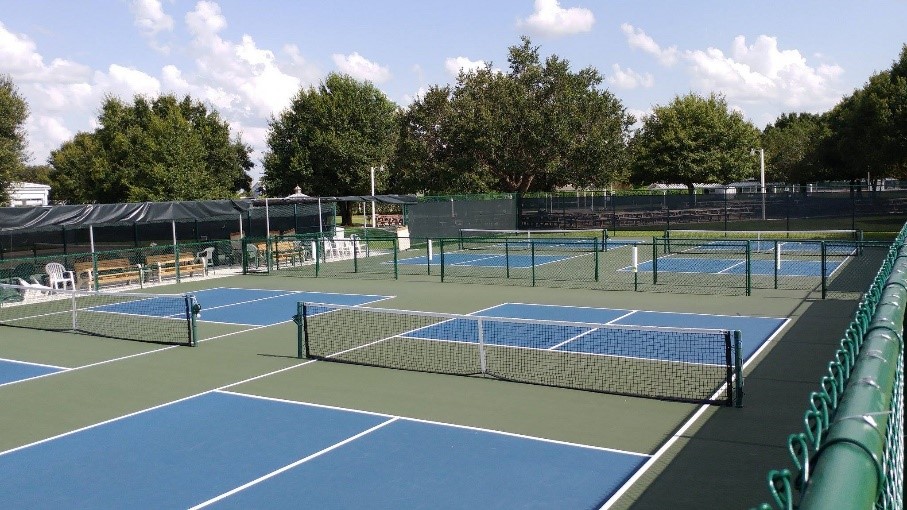 Pickleball at Tanglewood might have started with only a handful of people playing a few times a week, but now the teams have grown, not only in numbers but in talent. Tanglewood fielded a team in the South-Central Florida Pickleball League over the last few years, comprised of various teams from around the Polk and Highlands counties. Last year, the Tanglewood Pickleball Club proudly hosted the Winter Classic, an event that brought together nearly 200 players of all skill levels to the community. Many of Tanglewood’s pickleballers have played in both the Florida Senior Games as well as the National Senior Pickleball Games. 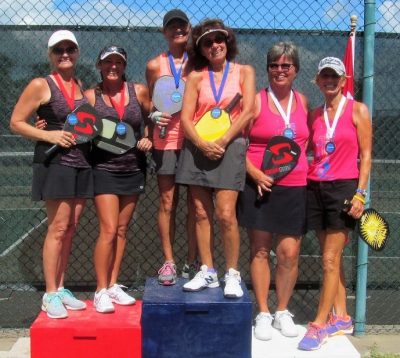 While pickleball is an established culture here at Outback RV and Tanglewood, residents and guests love getting to share their passion for the sport with new visitors. Most days, you can find folks on the courts taking part in the early morning “challenge matches” or “paddle rotation.” The pickleball club is happy to show visitors and newcomers how it’s done, twice a week in fact, during beginner lessons.

If you haven’t tried the game, we invite you to come on out during your next stay at Outback RV Resort! It’s easy to borrow a paddle, meet some great people, and quickly get addicted to the fun. 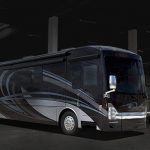 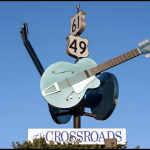