Renowned as the “Emerald City,” for its profusion of lush green landscapes, Seattle is one of the Pacific Northwest’s leading metropolises. Bustling with tech and aerospace firms, and hosting a cutting-edge culinary scene and a thriving coffee culture (Starbucks got its start here), Seattle sits at the doorstep of some of the region’s most exciting recreation areas. Great sports teams and stunning museums add to the town’s appeal.

City on the Sound

Seattle sits on the Puget Sound in the northwesternmost corner of the continental United States. It’s rainy here throughout much of the year, and summers can be relatively warm, with temperatures sometimes hitting the 90s in July and August. Interstate 5 runs right through town, connecting the city to Washington’s capital, Olympia, about an hour away to the south and the border with Canada, a two-hour drive to the north. It takes about three hours on Interstate 5 south to get to Portland, Oregon. Seattle connects to Eastern Washington via Interstate 90, and it takes about four hours to reach Spokane, the state’s second-largest city.

Sporting and the Outdoors

Outdoorsy types will feel right at home in the region, with several hiking and boating spots located in and around town. Just 28 miles east of town, the Snoqualmie Falls Trail brings walkers close to the spectacular 270-foot namesake waterfall. Further east, Mount Si entices hikers with a trail that leads to a 3,150-foot elevation gain. Boaters have a wide choice of watery destinations. In town, Lake Union, Lake Washington and Lake Sammamish inspire boaters and anglers to while away their weekends. All three are outstanding sources of bass and cutthroat trout. Lake Washington, on the east side of downtown, is home to more than 40 species awaiting ambitious anglers. If you’re feeling more adventurous, take a ferry boat to the San Juan Islands, which dot the waters of the sound. 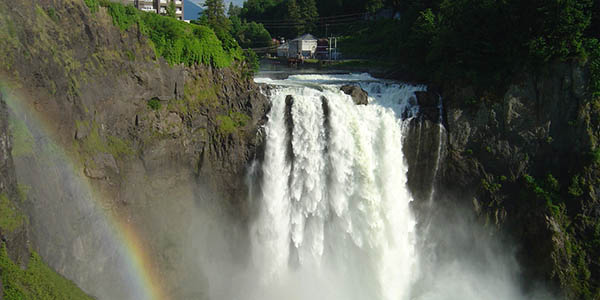 If you prefer to stay in town, you could fill your days with fun sightseeing and shopping. Pike Place Market, a charming open-air shopping area overlooking the Elliott Bay Waterfront, purveys craft items, produce and its most celebrated product: local seafood. Pike Place is also home to the very first outlet of Starbucks, though those wanting the coffee experience without the long lines are better off heading to the Starbucks Reserve Roastery and Tasting Room just down the street.

Sculpture buffs should check out the Chihuly Garden and Glass, a showcase of works by world-famous Washingtonian glass artist Dale Chihuly. This gorgeous museum features gargantuan glass works beautifully displayed in a greenhouselike structure (for the biggest pieces) or in artistically illuminated dark spaces that allow his colorful pieces to shine.

Once a major travel and trade hub during the gold rush, Seattle packs an amazing history. Go deep to the Seattle Underground, a warren of underground passageways that were originally the ground level of Seattle before streets were elevated in the early 20th century. Take tours of the tunnels throughout the year. No visit to Seattle is complete without stopping for a glimpse of its most famous monument, the Space Needle. This 605-foot-high structure was built for the 1962 World’s Fair and features an observation deck and a rotating restaurant with spectacular views of the city.

Seattle rollicks with festivals throughout the year. The most famous is Bumbershoot, a three-day event held over the Labor Day weekend every year, complete with music, art and activities for all ages. Seattle also hosts one of the country’s largest film festival, the Seattle International Film Festival, in September. Other events of note include the Northwest Folklife Festival in September, which showcases music and dance from around the world. There are also several international festivals under the Festál Cultural Festivals umbrella, including celebrations of the Vietnamese New Year the Day of the Dead.

Seattle has long been known as the home of musical legends. Jimi Hendrix grew up here, and fans frequently make pilgrimages to his grave and memorial in the suburb of Renton. Seattle birthed the grunge music movement of the early 1990s, and famous acts such as Pearl Jam, Soundgarden, Alice in Chains and Nirvana cut their teeth here. One of the best places to learn more about the city’s musical past is at the Museum of Pop Culture (previously the Experience Music Project). Here, visitors will find information on contemporary music, with permanent and changing exhibits staged on the ground floor. Upstairs, there’s an interactive experiential area with instruments in soundproofed booths and a music video-making area. 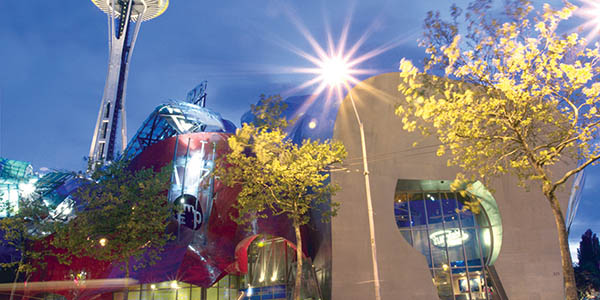 Seattle has a vibrant sporting culture for spectators and participants alike. It’s home to the National Football League’s Seattle Seahawks, the only NFL team in the Pacific Northwest. There’s also Major League Baseball’s Mariners, men’s and women’s soccer teams and the Seattle Storm of the Women’s National Basketball Association.

In the wild and woolly days of the Klondike Gold Rush during the late 1800s, Seattle was a busy stop on the way to Alaska. The Seattle Unit of Klondike Gold Rush National Historical Park offers a self-guided experience that includes a walking tour of Pioneer Square and on-site exhibits detailing the journey and hardships experienced by gold miners hoping to strike it rich.