Before my wife and I began fulltiming we took several week-end and Christmas holiday vacation trips wrapped in the chilly blanket of the Northern California winter. One particular trip we camped in a state park redwood grove and there was no one else there except for a ranger or two passing through. In fact, the ranger had to open the restrooms for us, since they didn’t expect any campers and had kept them locked. No heat either. We decided then that when we got to fulltiming we were going to spend our winters in the southwestern deserts, where it was warm and the sun shone most of the time. And when it infrequently rained, it didn’t last long. And so we did.

We were desert neophytes, assuming like many other RVers that the only reason to go to the desert was to spend the worst of the winter months in a dryer, warmer location. Period. Man, were we wrong. It didn’t take long to find out that the desert was teeming with life, it was just a different kind of life than we were used to. Nocturnal life, for instance. The critters and varmints hid in burrows or caves during the heat of the day and came out to feed and prowl after the sun dipped below the yardarm, or rather, the saguaro arm.

Wildflowers, that lay dormant under the barren gravel and sand of the desert floor, would mysteriously and miraculously spring forth in a riot of color if just the right amount of rain fell at just the right time. Shrubs that appeared brittle and dead through most of the winter, burst with tiny lavender, white, yellow, and red flowers in the early Spring. Cacti exploded suddenly mid-Spring with neon-bright flowers specifically designed to attract day and nighttime pollinators.

The desert and its flora and fauna, it turned out, functioned on a delicate balance of heat and cold, moisture and aridity, evaporation rate and flash flooding, blazing daytime sun and nighttime covertness. But you didn’t tend to notice much of this desert life if you stayed cooped up in a manicured RV resort on the outskirts of Phoenix, Tucson, or Casa Grande. You had to get out into the open desert, away from the asphalt, the unnatural and alien green grass of the water hungry golf courses, and the rows of dwellings (of any kind) where all these wildflowers, cacti, coyotes, kit foxes, kangaroo rats, and jack rabbits used to be. Into the boondocks, that’s where.

The desert was what got us kicked off—more than sixteen years ago—into the real pleasures of boondocking. When we found our special spot, off the highway, away from the sound of tires on on the highway, away from city lights that dimmed the stars of the Milky Way, away from the dune buggies and ATVs, that was where we found the real, natural, untrammeled desert. Next week: How to boondock in the desert, in both communal locations like Quartzsite, and in solitary sites under a lone desert willow. To learn more about boondocking, check out my new 65-page eBook, Boondocking: Finding the Perfect Campsite on America’s Public Lands on my Web site. 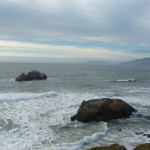 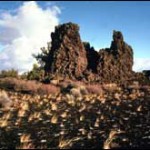 Taking an Instagram odyssey at the world's biggest flea market