A Visit to Alcatraz Island

As discovered by the Rogers family while on vacation, the infamous Alcatraz Island has a lengthy and interesting history. After their visit there, they described their experiences in their trip journal, Rogers Adventure. Here is their wonderful Alcatraz posting.

The island was originally named Alcatraz because of its sole inhabitants, the pelicans; the name is actually the Spanish word for the bird. While many people are familiar with the island as the famed maximum security prison, few realize that this island has been a fortress for California since the 1850’s. A protective measure for the harbor of San Francisco, Alcatraz served first as a military fortress early in history. Later, during the Spanish American War, the island was used to house prisoners captured during the war. It was the very prisoners held on the island first that fashioned the cold, stone walls that became the well known prison. 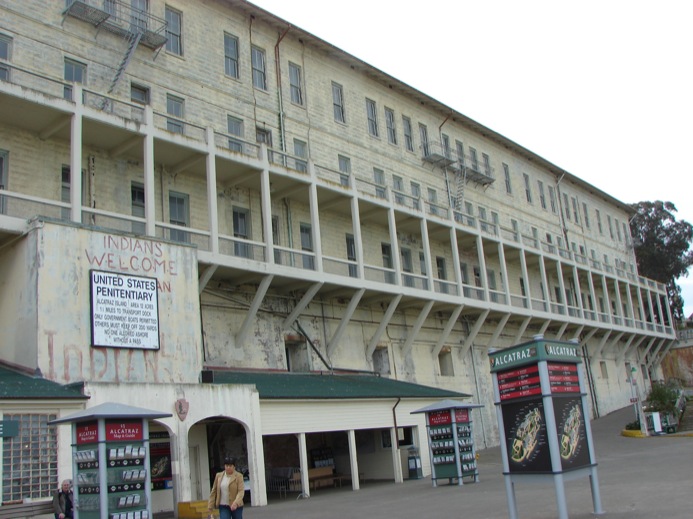 The year 1934 saw the opening of the famed prison Alcatraz, which was recognized as being the final leg of a criminal’s journey. The island was used exclusively at the time for the prison, its guards and their families. Although separated from the prison element, family life went on in a traditional sense for the families of the guards; gardens were tended, children played, and school was attended by all children after traveling by a ten minute boat ride to the city of San Francisco. Records show that up to 80 children lived and played on Alcatraz at one point.

Many of the prisoners that spent time in Alcatraz were there due to a transfer from other prisons. This prison was no easy ride; while prisoners received food, shelter, uniforms and medical care, little else was at their disposal. Amenities such as arts, crafts and a library were afforded to prisoners with good behavior; isolation cells to those on the opposite end of the spectrum. Alcatraz Prison closed its doors as a correction facility in 1963, but many of the buildings and cells they contain still remain. The cell from which the “great escape” from The Rock was made is a popular tourist attraction. Today, many visitors make use of the narrated self-guided tour, complete with earphones and radio device, that depicts the prison’s history as visitors make their way through the site.

After closing, the interest of the prison continued as Native Americans took a stand in protest of land rights; a ten month siege that can be evidenced through slogans that were painted on the prison walls during that time.

A ferry ride that takes approximately ten minutes is required to travel to and fro from Alcatraz Island. From the shores of San Francisco, the island which came to be known simply as “The Rock” is quite visible. Attractions on land are the Golden Gate Bridge, the San Francisco harbor and the lovely yet ominous looking Seal Rocks.

A trip to the San Francisco area must include a side journey to the island of Alcatraz. As discovered by the Rogers family, a great deal of interesting history of the prison, the great escape of three prisoners and the Native American standoff can be garnered from the visit. 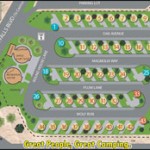