What Does Your RV Instrument Cluster Tell You? 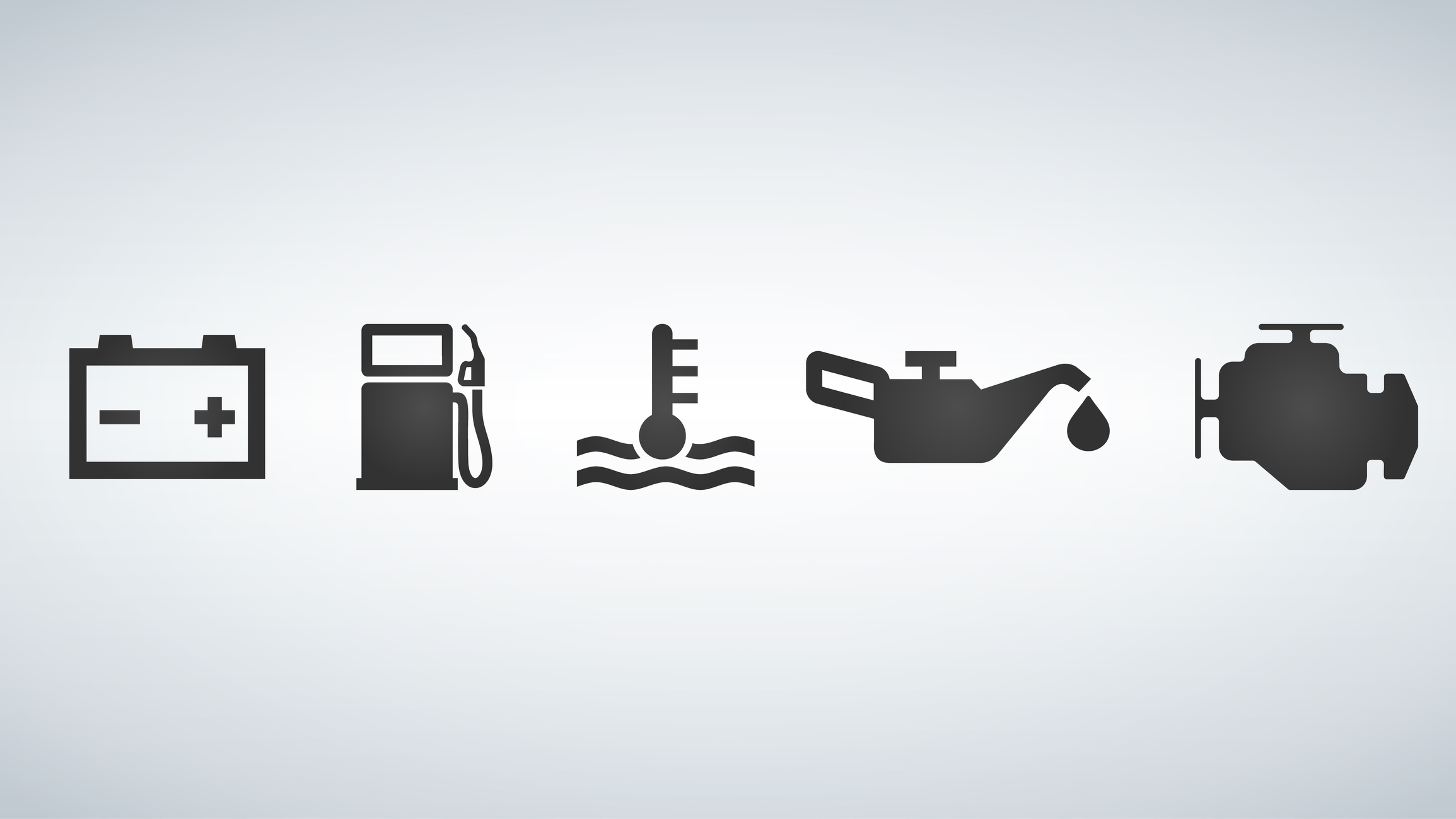 Most automobiles need only three instruments, a speedometer, a voltage meter and a fuel gauge.  The rest can be handled by warning lights, also referred to as “Idiot Lights.”  Even tachometers have little actual application in most family cars, SUV’s and trucks.  Yet the majority of these vehicles have a host of gauges, speedo, tach, oil pressure, engine temperature, voltage, fuel, etc.  But what about motorized RV’s and RV tow vehicles?  Do they also have the market driven instrument overkill?  Probably not.

Many RV owners would like a dash that looks like it was taken from a Boeing 747.  Mostly a guy thing I think.  But, the gauge readouts required by most RV’s and tow vehicles are far greater than that of a passenger auto.  Let’s look at what those readouts need to provide.

Speedometer – Well, that goes with out saying.  Without one, you may have to pay many speeding fines.  In addition, the speedo in this application may also be used to synchronize shift points for deceleration and compression brake engagement.  For the cost of motorized RV’s today, I don’t know why they do not come with switchable mile/km units like found on some autos.  These are analogue gauges that recalibrate from one to another at the push of a button.

Tachometer – Monitoring engine speed is critical to maintain adequate engine cooling while climbing a grade or operating within a desired torque band.  It is also required to properly manage downhill speed when using engine or compression type brakes.

Fuel Level – Pretty well a no-brainer.  You could use a specific number of miles driven since fill up, but with the varied fuel consumption of a vehicle that has the aerodynamics of a cinder block, it’s not real wise.  Keep in mind though, these are indicators only and in no way are they accurate through their entire scale.  Each one has its own personality that the owner will eventually get to know.

Volt Meter – This gives the operator a read out of approximately how much voltage the chassis currently has.  A dropping reading may pre-warn of an electrical failure allowing the driver adequate time to pull over.

Engine Temperature – Observing the increments of engine heat change aids in making needed corrective measures while operating in more severe weather or geographical terrain.   The “Idiot” light approach here would be too much too late.  This readout is also necessary to determine that the engine is sufficiently cool enough to shutdown, particularly if turbo charger equipped.

Transmission Temperature – Transmissions in heavy RV’s and tow vehicles are often operated in extreme conditions while climbing or descending grades.  Running gear temperature management needs this input to stay within the safe operating temperature range.  Transmissions can be cooled if needed by stopping and running the engine in neutral at a speed slightly higher that idle.

Engine Oil Pressure – While most people rarely look at this indicator, it can be observed if a low pressure alarm sounds.  If the oil pressure drops abruptly, it may be due to a failed sensor.  In this event sometimes a low engine RPM can produce an adequate oil pressure, whereas a higher RPM not.  Having an analogue readout is a blessing in this case and may allow a driver to safely move off the road or limp to a repair shop.

Air Pressure – (Applicable to most diesel pushers) There are two air pressure gauges used for this application, a primary and a secondary.  The primary displays the air pressure currently available in the tank supplying the rear brakes.  The secondary air gauge displays the pressure available for the front brakes, suspension and pneumatic accessories.  The secondary tank is many times a partitioned vessel shared with the wet tank supply.  Both systems are relatively independent.  In the event of an air pressure failure in either system, an alarm will sound prior to the system becoming inoperative.  The calibrated readout can then be used to monitor the system while getting off the road prior to the automatic rear drive axle brake application.

The following are additional readouts that, while not being a necessity, can be a nice addition.

Turbo Pressure – (Only applicable to turbo charged vehicles)  Perhaps for general use it is more a macho gauge, but it can also be a great component health meter.  This can give you early warning of an air charge cooler or turbo failure.

Intake Temperature – Displaying the air temperature at the intake manifold shows the after-cooler’s efficiency on a turbo charged engine.  Most modern turbo diesels will de-rate the power if the air intake temperature gets within a set temperature difference from that of the engine.  Hard climbing can increase this temperature.

EGT (Exhaust Gas Temperature) – Generally this applies to gasoline powered engines.  This measures the exhaust gas temperature and can warn of an excessively lean fuel mixture.  Though modern gas engines self monitor and adjust this as needed, it could, if unchecked, severely damage the pistons, valves and other engine components.

OAT (Outside Air Temperature) – A handy thing to know if operating in near freezing temperatures.  Ice forming on the road surface can cause traction issues for any vehicles, but for heavy class A’s and towing combinations it is particularly dangerous.

Well, that pretty well covers it.  While there are other gauges available on the market like intake vacuum or engine oil temperature, these are not what I consider necessary for an RV application.

Many, if not all, of these gauges are available in analogue or digital.  I prefer analogue in most cases, particularly for speed and RPM.  This is due to the fact that you can quickly observe their position or angle without the need to actually read them.  In that sense, it may allow you to react faster in an emergency situation.

So, what readouts do you have?  Any I missed?   Next week we will examine an instrument that may pay for itself over time in fuel savings.  The onboard fuel computer.