Slab City: Life in the middle of nowhere 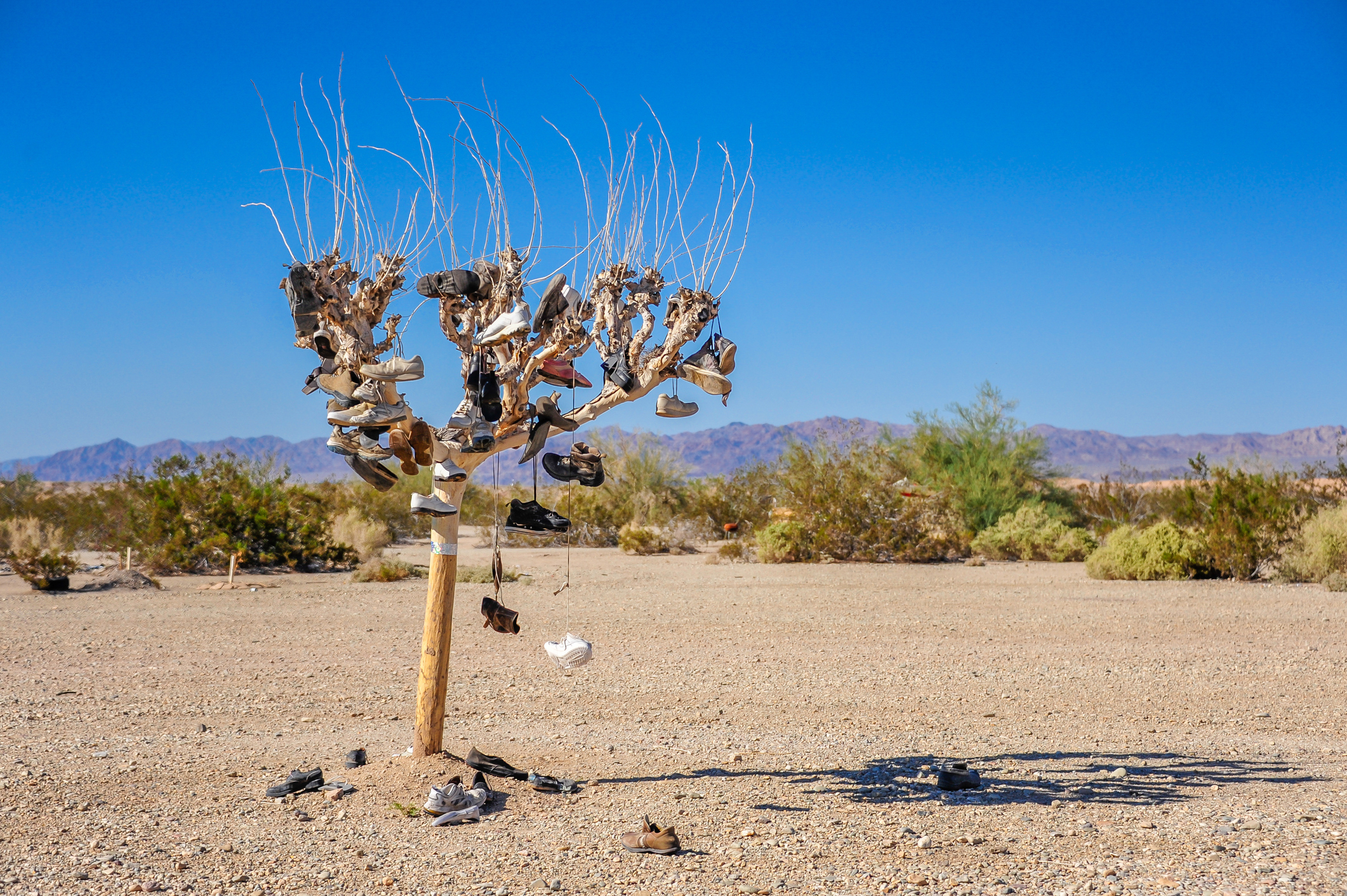 The Slabs, or Slab city is a hardscrabble desert settlement scattered between the creosote bushes on BLM land in the Mojave Desert near the Salton Sea. It acquired its name from the remains of concrete slabs that once supported buildings of a former government facility, now long gone.

At Quartzsite, it is understandable why RVers gather in the thousands every winter to attend the many RV shows, flea markets, and all the other quirky things that develop when there are essentially no laws about what you can do and where you can do it, especially true on the millions of acres of sparsely patrolled open desert under BLM administration.

Lacking the glamour and lure of Quartzsite, though, it is a mystery why The Slabs has grown into a seasonal RV city, where Snowbirds of every type, size, and configuration move in and spend the winter. The local town and only supply center is not what you would call a tourist attraction. It looks more like a settlement in a Mad Max movie.

The population isn’t just made up of those who can’t afford to stay in RV resorts or campgrounds, though the Slabs’ population includes many of them also, as well as those cast off by the recession and many who have lost their homes. But the majority (I’m guessing) of the winter residents consist of those that don’t like the formality or constrictions of a campground, who like to boondock out in the open desert, life without civilization’s appendages—water, electric, and sewage hookups. Generators and solar panels, and even an occasional wind turbine, provide individual power for everything from icemakers to computers.

In impromptu settlements, like The Slabs and others that host a large collection of snowbirds, some who are still well below retirement age have figured out a way to support themselves while living the RV lifestyle. Do not be surprised to find someone with a water truck offering to fill your water tanks, pump-out trucks to empty your holding tanks, and in ultra large snowbird locations, like Quartzsite, tent stands offering fresh produce, RV repairs, and frozen fish.

Many residents offer some kind of service or skill to the rest of the community, often on a free advisory basis, or for cash, trade, or barter. Several RVers set up tables beside their rigs creating a seasonal, sprawling flea market, offering everything from homemade arts and crafts to jellies and jams.

Message boards advise of various items either wanted or for sale and instructions to new arrivals on how they can find their friends who have already arrived–and the “rules” that have been established by the collective RVers if you want to stay there, even though enforcement rarely happens.

A reporter from the Los Angeles Times recently visited the Slabs and wrote an interesting perspective on the community and some of its residents.

If you’re out and about wandering anywhere near the south east end of the Salton Sea, plan a stop. Slab city is a fascinating slice of life in the USA that most of the country and few RVers never see.

Check out my website for RVing tips and destinations.

Make Your Vacation a Learning Experience in Pahrump, Nevada