Even those of us who visit Texas frequently and spend a big chunk of our time traversing it leave most of the Lone Star State untouched.

Goliad is one of the few places in North America where you can visit both an 18th-century Spanish-Colonial mission and presidio (fort) complex, to understand the roles of the Catholic Church and the Spanish military in settling the New World.

At Goliad State Park, tour the beautiful reconstructed Franciscan Mission Espíritu Santo, home of the largest ranching operation in Texas in the 18th century. Enjoy the serenity of this Spanish colonial church and view exhibits that explore the history and daily life of the missionaries and Indian converts—including some of the original artifacts they used.

Across the river, visit the Presidio La Bahía. Located ¼-mile south of Goliad State Park on U.S. Highway 183 and 77A and operated by the Catholic Diocese of Victoria. View exhibits, enjoy an interpretive program and exciting reenactments, and imagine life at the fort.

Originally built in 1749 to protect the Mission and the frontier, it later played a major role in the Texas Revolution. Here, Colonel Fannin and his ill-fated men were held prior to being executed at Santa Anna’s order, an act of infamy later recalled at the Battle of San Jacinto with the cry, “Remember Goliad! Remember the Alamo!”

Take in the unspoiled Victorian charm of downtown Goliad on a walking tour of the Courthouse Square and nearby historic district. Start your tour at the Market House Museum and Visitor Center to pick up a map and view artifacts from the early settlers’ home life and ranching days. Visit the 1894 courthouse and stroll through lovely vintage neighborhoods in the shade of centuries-old oak trees.

The mile-long beach at Rockport beckons visitors for walks, beachcombing, or just watching the world and water traffic float by. © Rex Vogel, all rights reserved

Fulton and Rockport are contiguous and share the same heritage, business, and recreational areas. The historic seaside town of Rockport, located 30 miles northeast of Corpus Christi, is bound by the waters of the St. Charles, Copano, and Aransas bays. Its funky waterfront lined with bait shops and fish stalls, has become quite the artists’ colony, and there’s a noted art center here, as well as the Texas Maritime Museum.

Rockport was established in 1867 as a shipping port for wool, hides, bones, and tallow. In the late 1920s, shrimping became an industry and caused a city boom in the 1940s. The local fishing fleet is one of the largest and most colorful in the region. Besides shrimp, other fishing opportunities include speckled trout, red fish, flounder, crab, and oysters.

The mile-long beach beckons visitors for walks, beachcombing, or just watching the world and water traffic float by.

Fulton is home to the ornate Fulton Mansion, a French Second Empire-style beauty, erected by cattleman George W. Fulton in 1877, nicely restored and operated by the Texas State Parks.

Twelve miles north is Goose Island State Park, a 314-acre coastal heaven. It is here that Big Tree is located, an immense Live Oak that is reported to be 1,000 years old and the largest in Texas.

Approximately 500 bird species have been recorded in the area, including the endangered whooping cranes that winter in the nearby Aransas National Wildlife Refuge marshes.

Located in a well-worn, roughhewn, two-story establishment, Stingaree stands next to the Intracoastal Canal. © Rex Vogel, all rights reserved

Texas may be best known for beef, but its bay oysters rank second to none. Texas oysters are impeccably fresh—whether served on the half shell with a kiss of salt air and Texas hot sauce or shucked for a sauté or creamy stew.

When in the Galveston area, a trip to Stingaree Marina and Restaurant in Crystal Beach is at the top of our list of “must-do” events. It is not just the food, it’s the whole experience.

Located on Bolivar Peninsula, this well-worn, roughhewn, two-story establishment stands next to the Intracoastal Canal, with an amazing view of tug boats and barges.

To get there from Galveston you ride the Boliver ferry—a free car ferry run by TXDot that crosses the Houston Ship Channel.

Located on the Intracoastal Waterway on the bay side of Bolivar, the Stingaree is famous for many things: the beautiful sunsets seen from its deck, the giant tug boats and barges that pass within feet of its windows, and wonderful Gulf Coast seafood—barbecue crab, fried catfish, shrimp and oysters, Red Snapper Ponchartrain, Crabmeat Au Gratin, etouffee, and gumbo.

During the winter months the Stingaree has one of the best seasonal dishes you’ll find anywhere on the Gulf Coast—Oyster Jubilee (oyster season traditionally ends in April).

As its name suggests Oyster Jubilee is a celebration of everything oyster. A colossal dish of over 30 oysters prepared in every conceivable way.

Please Note: This is part 8 of an on-going series on our Texas Bucket List

No matter how far we may wander, Texas lingers with us, coloring our perceptions of the world. 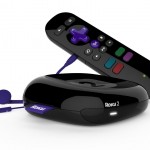