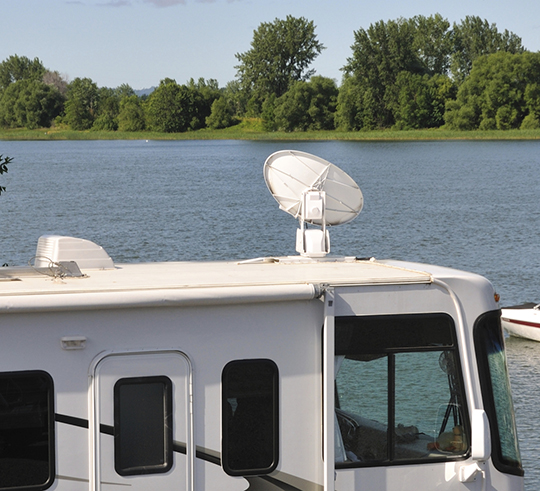 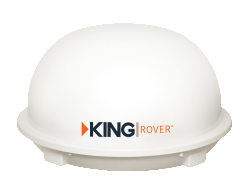 Satellite TV systems are a popular choice for motorhomes and trailers.  These are capable of delivering full television service pretty well anywhere you travel.  While there are a variety of antenna models, they all can be classified as either “In Motion” or “Stationary”.  The in motion are dome like shaped units with the ability to track the selected satellite and maintain service while the RV is travelling.  Of course, some interruption can be expected when trees, bridges and other obstructions come between the antenna and the satellite.  Stationary type can be dome shaped, or more commonly, an actual dish that unfolds from a prone position and adjusts in all directions. As the name suggests, they can only be used while parked.  These are available in a manually aimed unit or a fully automatic seeking model.

While there are a number of satellite service providers in North America, we will focus only on 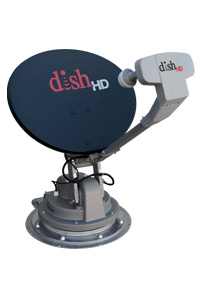 Satellite TV receivers are similar with both providers and are available in a variety of HD and SD (Standard Definition) models.  The DVR (Digital Video Recorder) types record programming to a hard disk for later viewing, while the standard are just real time single or dual receivers.

The RV satellite application differs somewhat from a home located device.  Firstly, they are constantly challenged with relocation orientation.  This strongly supports the automatic sat seeking feature.  The second issue is the excessive vibration and shaking that is associated with driving on the roads today.  The jarring bumps can damage the hard disk of the DVR units.  For that reason, the receiver manufacturers do not recommend using these in a mobile application.  However, if you are a big fan of the recording feature, and are going to take your chances anyway, here’s a tip.  Always unplug your receiver while your unit is in transit.  This will help preserve the hard drive.

RV’s, unlike stick homes, come with more compact storage areas.  Where the receiver resides often has poor air circulation.  Overheating is one of the biggest killers of such electronic devices.  This can be overcome relatively cheaply.  Buy a laptop cooler.  These are a flat low fan pack that is nearly the same rectangular size as the average receiver.  Place the receiver on top of the cooler.  Merely plug the included cable into the back of the satellite receiver in the USB port.  Laptop coolers can be bought for as little as $40 at stores like Best Buy.

So sit back and enjoy your favorite show anywhere you are. 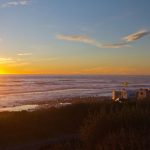 Camping at the Beach Previous
RV Trip of a Lifetime: Explore Oklahoma's Wild Side Next 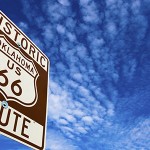 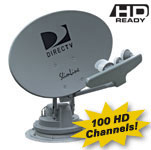