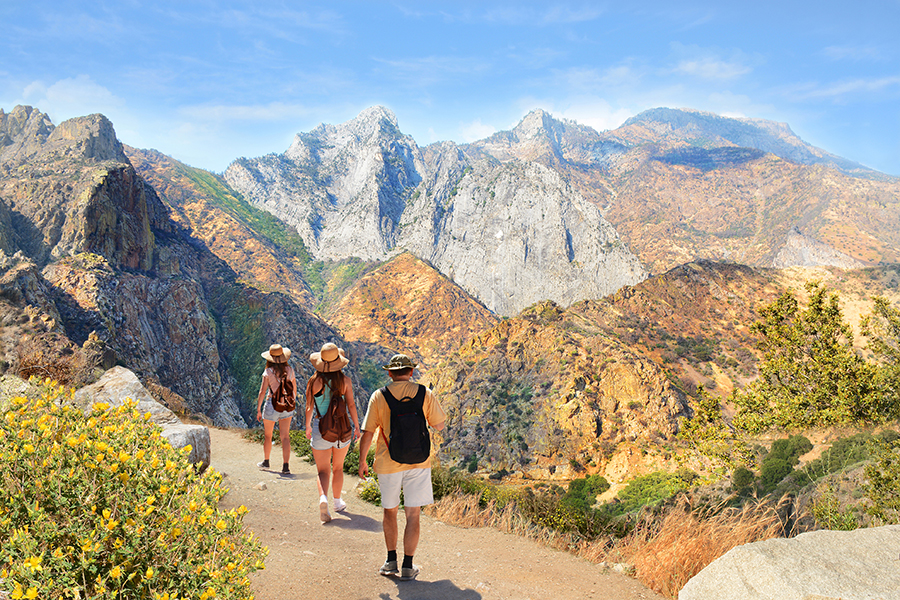 For a half-century, the epic Pacific Crest Trail has enticed hikers to trek through some of the most beautiful and rugged terrain found in the Western United States. The fabled route stretches 2,650 miles between California’s Mexican border and Washington’s Canadian border, following the undulating north-south ranges of the Sierra and Cascade mountains.

As a young hiker, my friends and I explored the Northern California section of the trail on a course that took us to the Devil’s Postpile National Monument — a geological formation made up of basalt columns — and the beautiful Ansel Adams Wilderness. As anyone who has taken the hike will tell you, the blisters and thin air are worth the trip — nothing compares with experiencing the rooftop of California in all of its rocky glory. These days, I’d probably prefer a day hike (or half-day hike) from one of the trailheads closer to civilization or the RV campground. 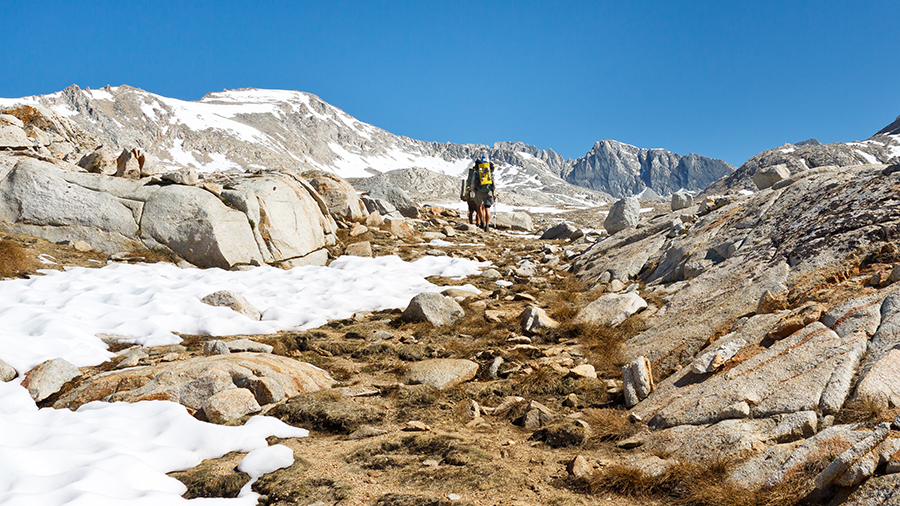 Celebrating its 50th year, the trail attracts hikers from around the world for its miles of jaw-dropping vistas that seem worlds away from big cities. Whether you’re a hard-core trekker or a day hiker looking for a short jaunt, you’ll find a memorable outdoor adventure.

Here are five ways to enjoy the Pacific Crest Trail. 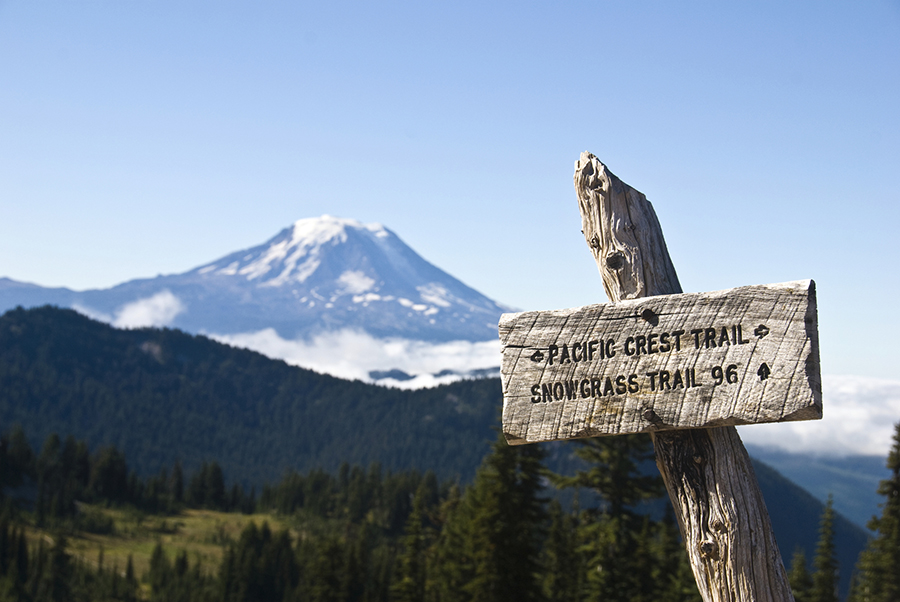 A sign for the Pacific Crest Trail in Washington with Mount Adams in background.

Regardless of the journey you take, make sure you choose a hike that suits your physical capabilities, and always bring plenty of water and sunscreen. The Pacific Crest Trail Association has tips for hiking the trail safely. 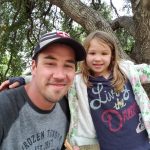 A Dad Outside: A Camping Legacy for Our Children at Carpinteria... Previous
5 Tips for RVing with Your Pooch: The Dog-Friendly Guide... Next 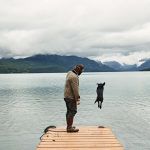