For a half-century, the epic Pacific Crest Trail has enticed hikers to trek through some of the most beautiful and rugged terrain found in the Western United States. The fabled route stretches 2,650 miles between California’s Mexican border and Washington’s Canadian border, following the undulating north-south ranges of the Sierra and Cascade mountains. As a
CONTINUE READING 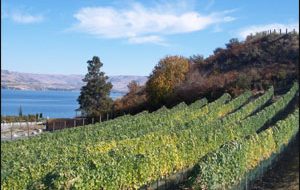 Among its many attributes, The Evergreen State is a place where the enjoyment of the outdoors is a way of life. The beautiful Cascade Mountain range is known as the “Switzerland of North America,” and can be accessed within a two-hour drive from any metropolitan area in the state. Washington is also the home of
CONTINUE READING