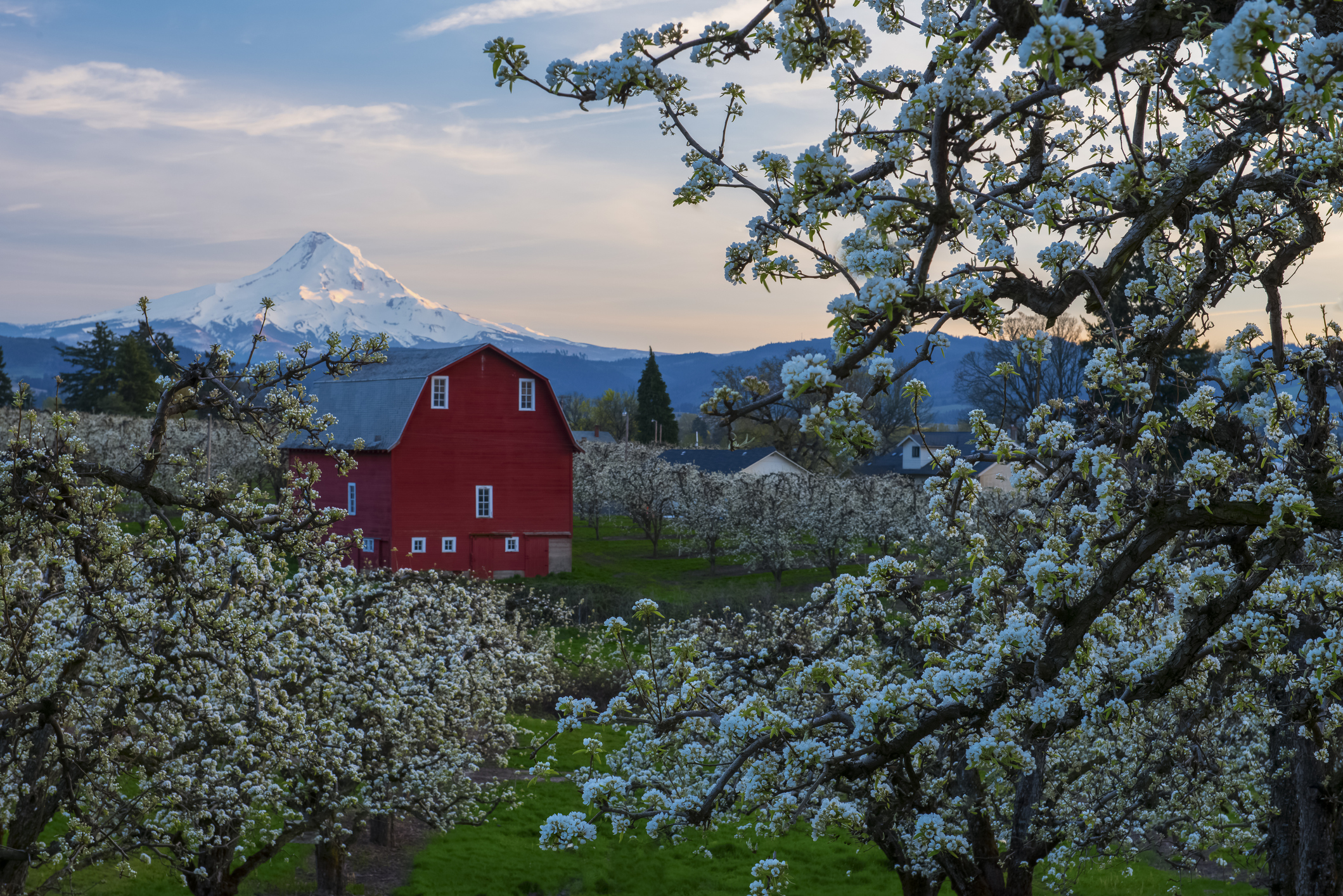 In case you haven’t heard, Oregon is littered with dramatic natural beauty. From the fossil-strewn deserts and stunning mountain passes to the unique food culture and local country charm — it’s all just plain magical.

But if you’re looking for something even more distinctive, then check out this list of Oregon’s hidden gems.

Joseph: A Taste of Switzerland

This remote Oregon town of just over 1,000 people is known for its Swiss-made tram that is said to have the steepest vertical lift for a four-passenger gondola in North America. Imagine vast blue skies, sapphire lakes, biscuit-colored fields and massive red barns. I lived in Switzerland, it honestly looks like this! The valley is surrounded by the Wallowa Mountains, showing off 31 peaks. It’s a small town with big character.

Wallowa Lake is located about one mile south of Joseph and seven miles south of the largest town in the county, Enterprise. 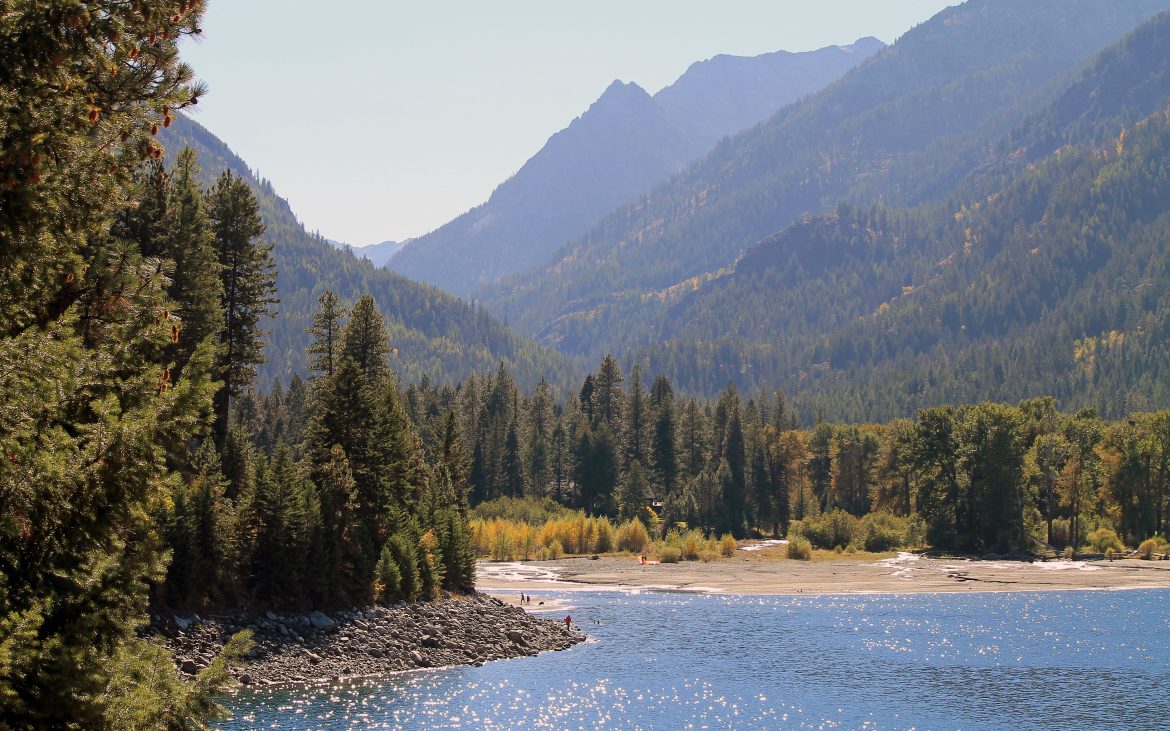 Sip on the Western flavor at the Stein Distillery, the first micro-distillery in Eastern Oregon. Making their own mash from grain grown on their farm, this is a must visit. Try their rye vodka, rum, huckleberry, blackberry, raspberry and rhubarb cordials. The rye whiskey took home a gold in the Fifty Best Competition held in New York City and a double gold in the San Francisco World Spirits Competition. 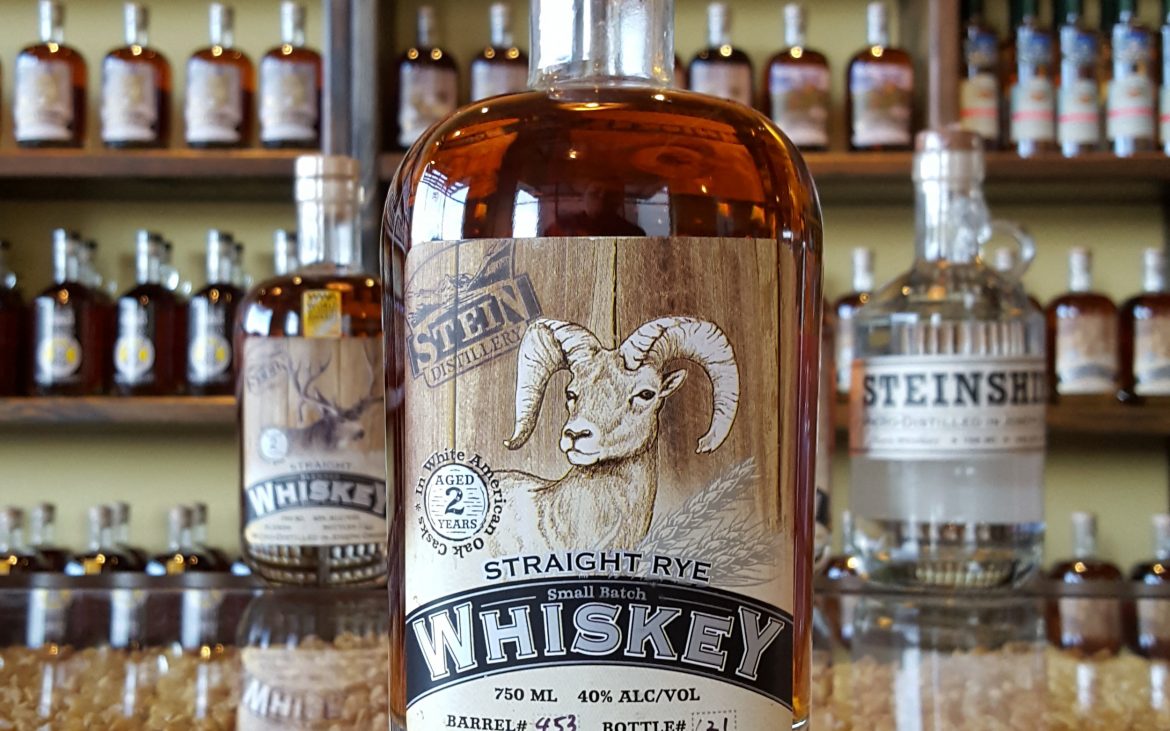 The area neighboring Joseph adorns wide-open grassy meadows with pine forests to the north and the Wallowa Mountains to the south. In Enterprise, take some time to visit the Terminal Gravity Brew Pub, a yellow Craftsman house in a residential neighborhood. They embody the spirit of the Wallowa Mountains. The area is also a hub of Western bronze art, with three foundries and many artists calling the area home.

A post shared by Terminal Gravity Brewing (@terminalgravitybrewingco) on Nov 8, 2018 at 11:36am PST

6 Ranch raises corriente cattle, quarter horses, cow dogs, bees, gardens and works with local and federal partnerships to restore ecosystems. Corriente beef is unique in part because of the breed itself. It’s bred and kept for its athleticism, hardiness and adaptability. Visit Lisa Jane’s Farmstand for their honey, grass-fed lambs, eggs and a greenhouse full of produce. You can taste a 6 Ranch burger at local restaurants like The Range Rider Tavern. This charming cowboy bar with vintage appeal offers delicious grub and awesome live music like The Lowest Pair.

The city is across the straw-colored cliffs of the Columbia River. With the big river at its doorstep and Mount Hood in its backyard, there are awe-inspiring sights just about everywhere you look. 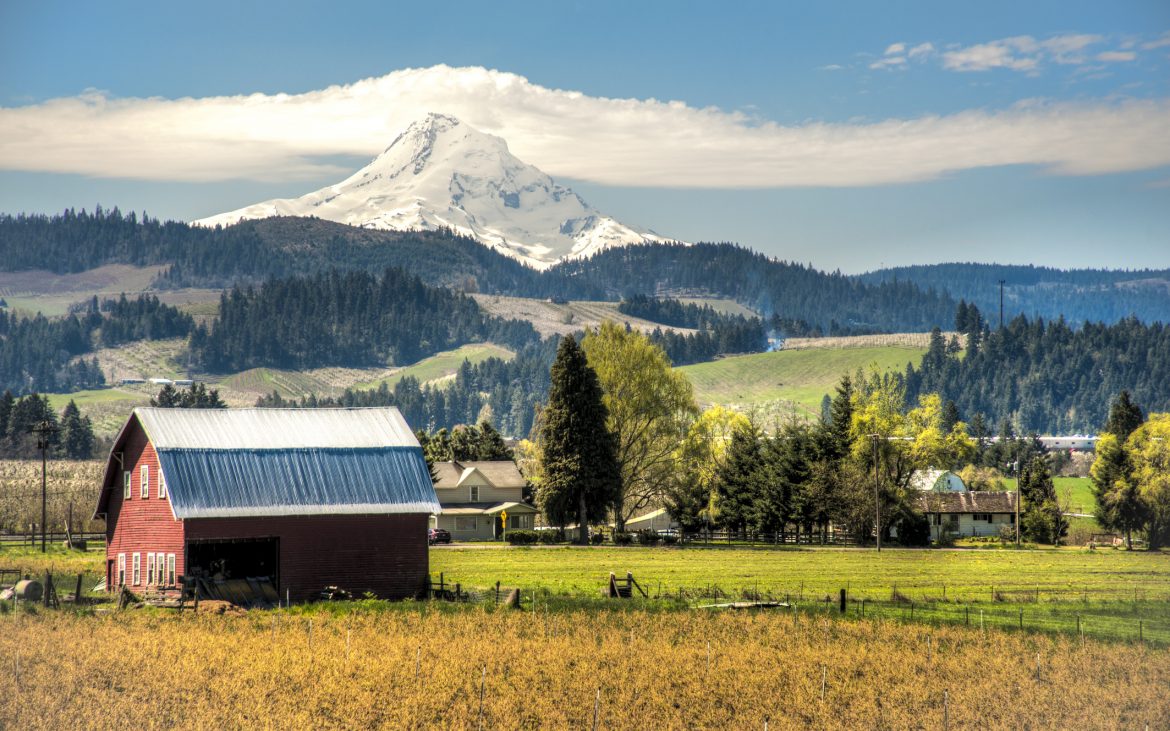 The abundance of fruit makes it a perfect place for foodie festivals. It’s chock-full of scenic hiking, wineries and farm-to-table bounty. It’s also known for its kiteboarding and windsurfing scene. And it’s an excellent mountain-biking destination. If you need gear, check out Mountain View Cycles or Hood River Bicycles. And for a post-ride reward, Dirty Fingers Bicycles Repair is the only all-in-one bike shop and pub in town (perhaps in the country?).

Seemingly plucked out of a storybook, this northern coastal city is a port city with Scandinavian flavor. Surrounded by forest, boasting three rivers and situated a stone’s throw away from the Pacific, Astoria is a fishing village-meets-Victoriana, with museums and great local beers. 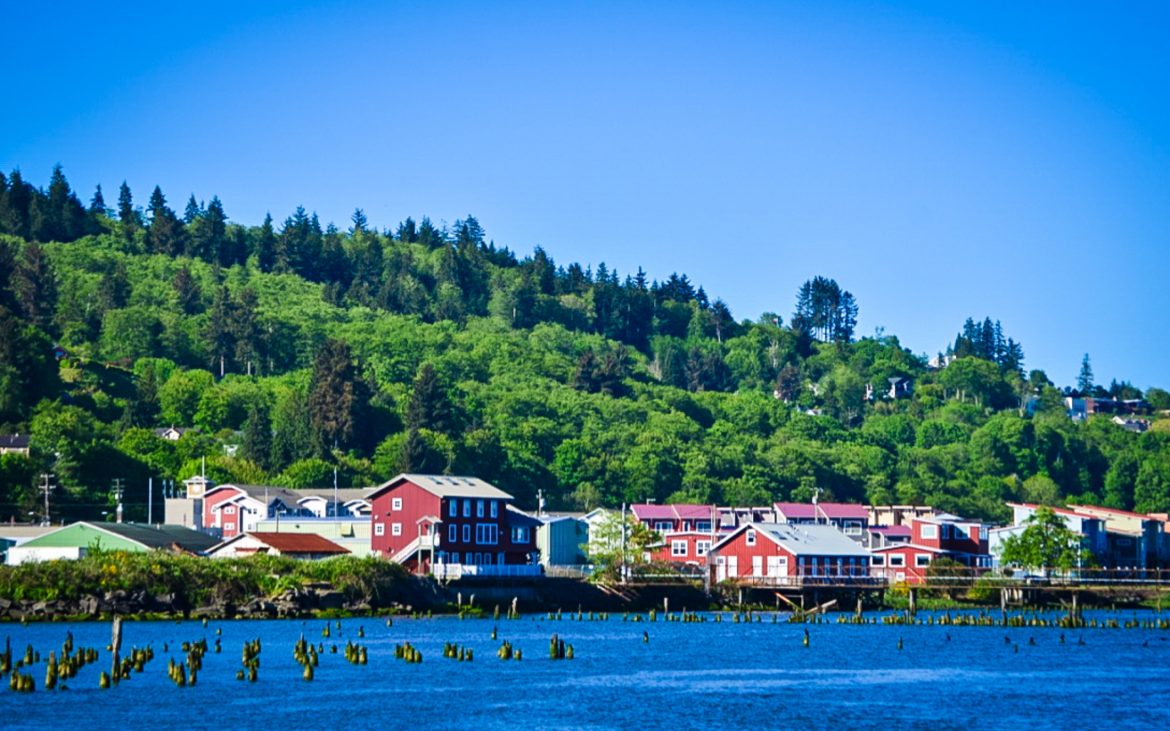 Village of Astoria, OR in spring on the bank of the Columbia River where it meets the Pacific Ocean. Photo Credit: Getty Images 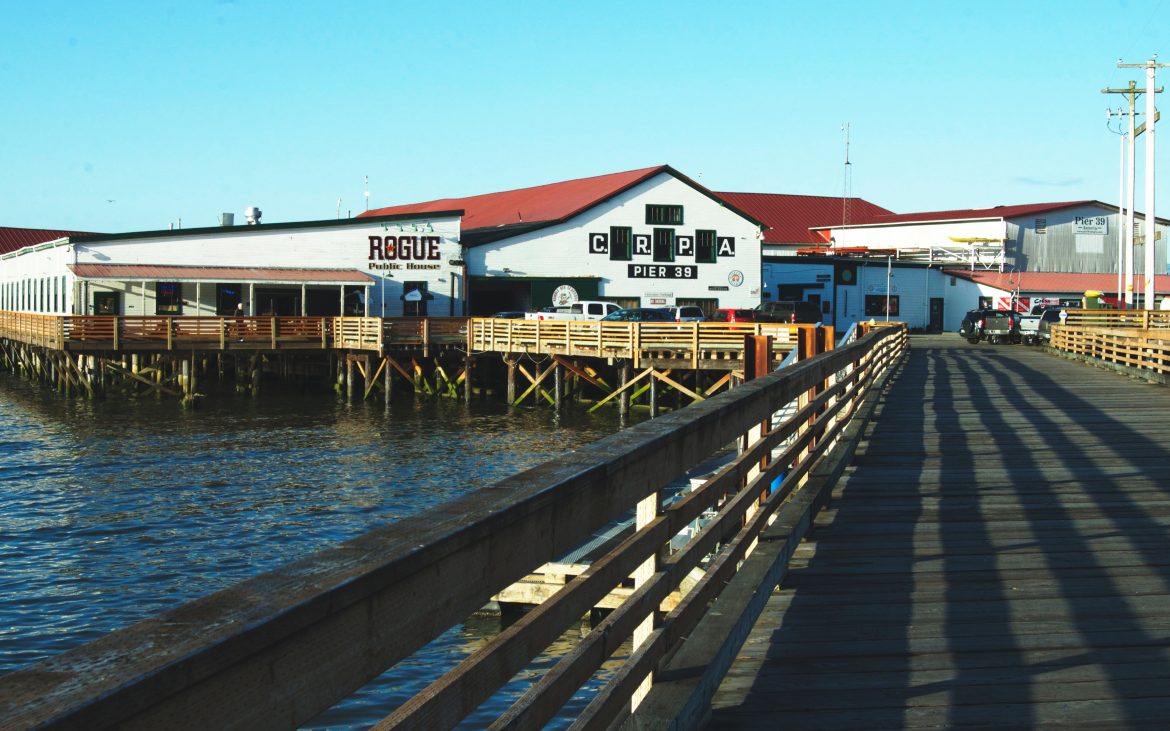 Looking for sweeping views, you say? This 125-foot column sits atop of Coxcomb Hill overlooking Astoria. The 164 circular steps are a good climb, but most people can do them, and the view overlooking Columbia and the Pacific is well worth it. Beautiful spiral murals depict local history from the late 1700s to the 1880s. Don’t forget to purchase your balsa airplane at the gift shop. Let the plane take off from the top and ride the updrafts, as you take in the seascape. 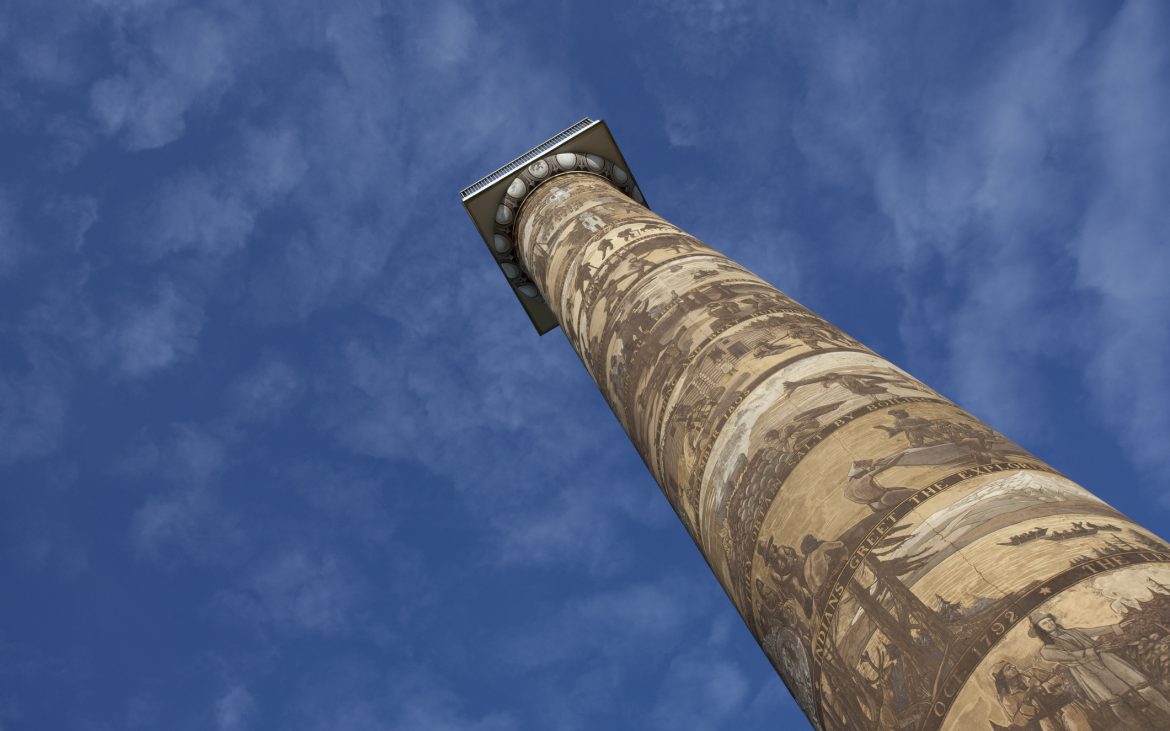 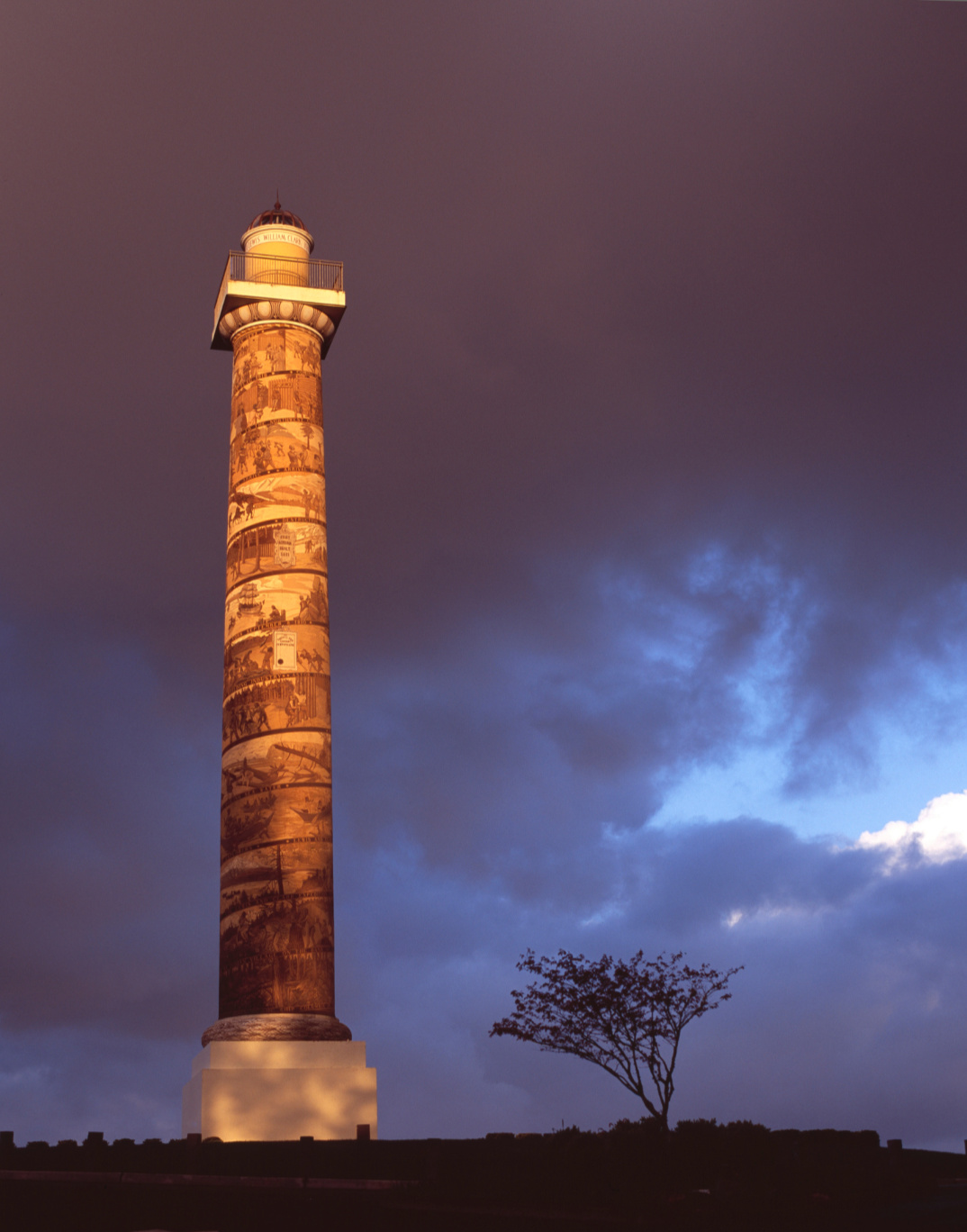 For those of us who grew up in the 80s, the phrase, “hey …you…guys!” takes on a whole new meaning. The Goonies is the definitive badass childhood fantasy adventure flick that was filmed in Astoria in 1985. Goonies embrace adventure and the magic of possibility. And the Goonie trails got its name from the famous film. There’s a network of footpaths that wind their way through the steep hillsides of the town. These unmarked trails and secret sidewalks create walking arteries between streets. The trails vary in difficulty and length. Some of the paths are narrow and have not seen any recent maintenance.

The Historic Oregon Film Trail was recently designed to showcase iconic locations in the state and the first official group of signs was unveiled at Alameda Park in Astoria. Strategically placed trail signs will identify specific important and iconic filming locations.  Mayor Willis Van Dusen declared June 7th as “Goonies Day” in Astoria, because after all, Goonies never say die!

Pro Tip: There are no known comprehensive maps of the Goonie Trails, but finding them can be an off-the-grid way to cross the town. The best way to find them is to ask a local.

And where else can you find a shipwreck, above water? It’s one of the many attractions that help keep Oregon weird. The Peter Iredale shipwreck is enchanting and mesmerizing. This four-masted, steel ship ran ashore in 1906 at Clatsop Beach and has remained here slowly decaying on the shore for more than a century. 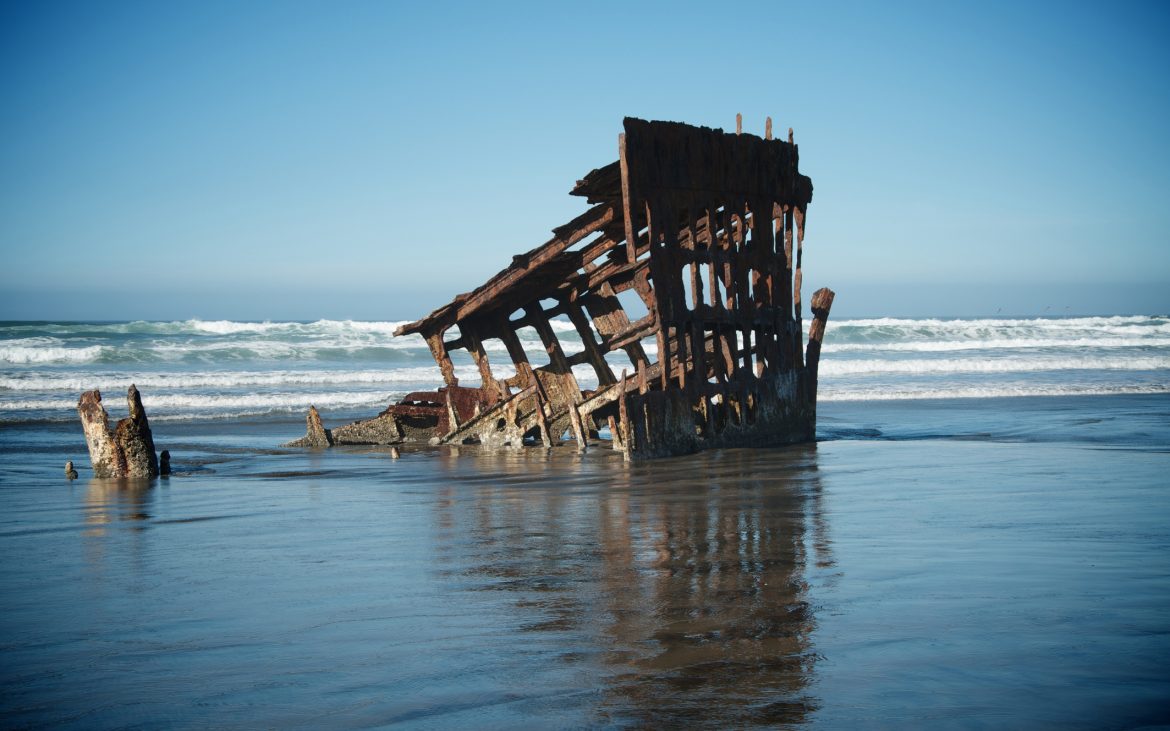 The remains of the shipwreck in the ocean waves. Photo Credit: Getty Images

About 5-7 miles south of Cannon Beach, drive on a gravel road through the old growth forest. Volcanic cobble stretches across much of this seldom-visited beach. The lack of signage along the coast makes it a bit difficult to find, but this is one of the reasons it’s secluded. It’s a beachcomber’s dream.

Pro tip: Drive on Highway 1 and turn west onto Falcon Cove Road at milepost 37. A half-mile later, turn onto Columbia Street and go downhill until you end up at Tide Avenue. Follow the trail. Explore the beach at low tide to uncover gorgeous stretches of sand and perfect sand dollars. 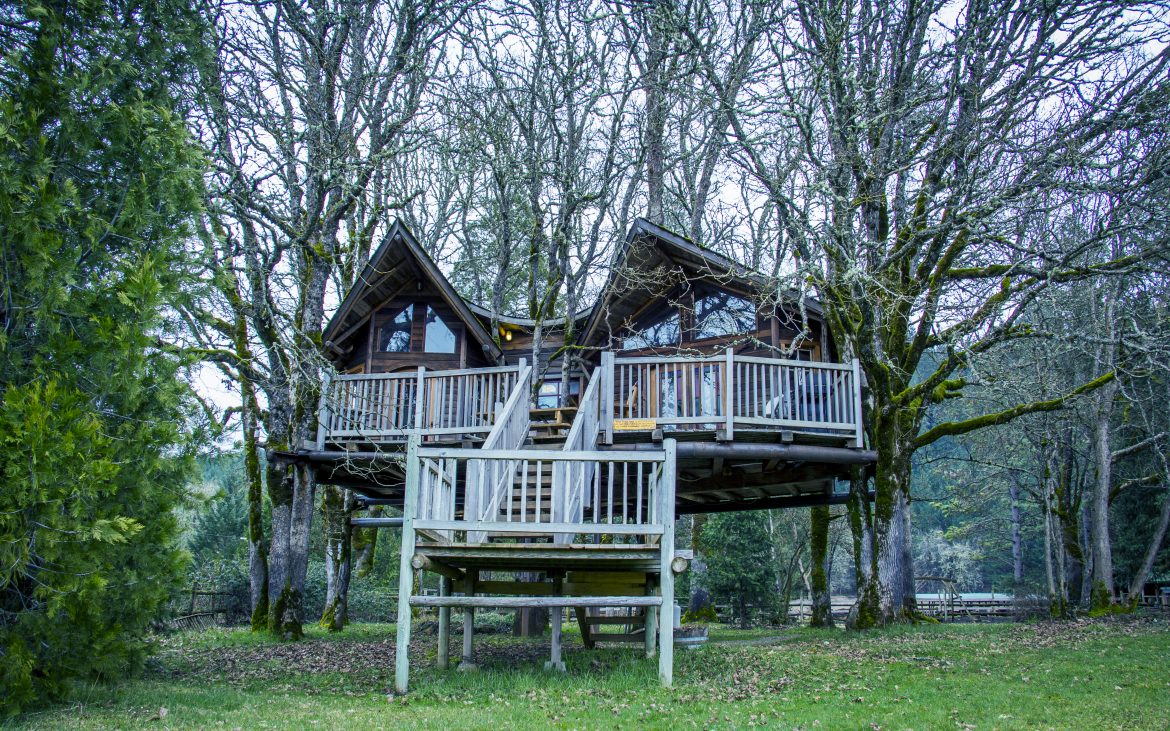 The Out & About Treehouse Treesort, Cave Junction

The Out & About Treehouse Treesort will bring out your inner child. Stay in the only place in the world that offers avocational instruction in basic engineering, design and construction methods for building treehouses. The Treehouses are only part of the 36 private acres of pasture and woods, adjacent to Siskiyou National Forest. It’s a peaceful valley. 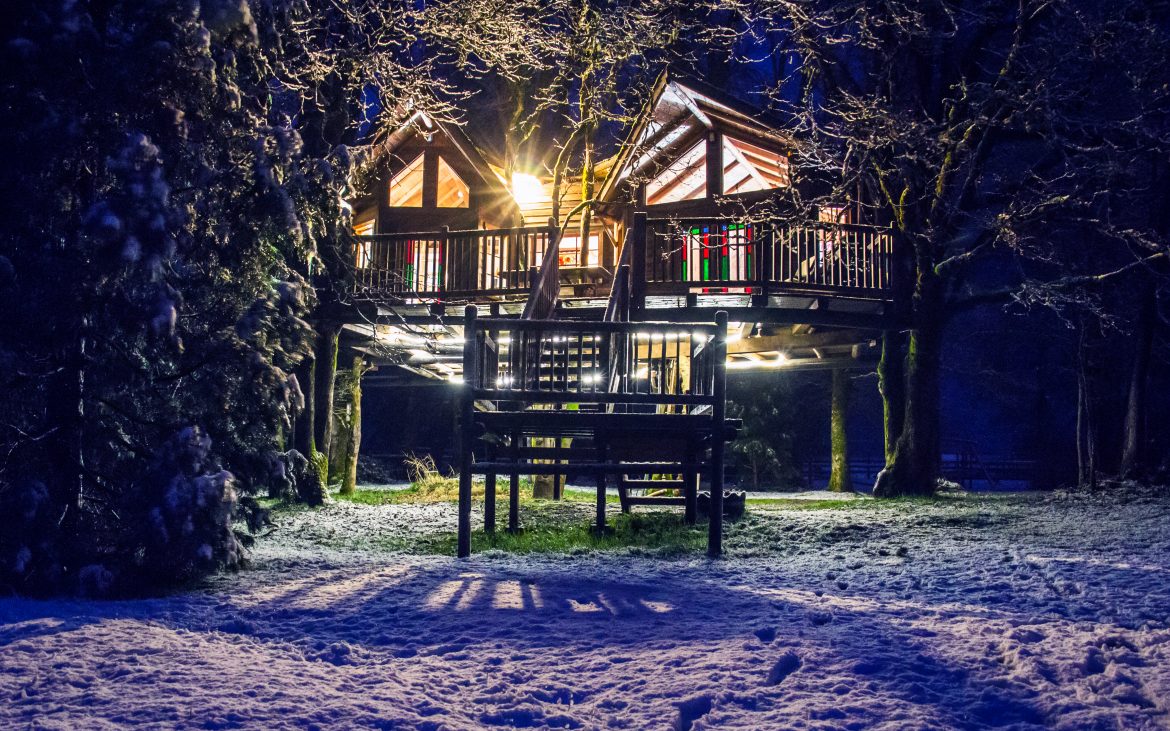 Each treehouse is a one-of-a-kind masterpiece of carpentry. To get to the tallest treehouses, you’ll need to climb spiral staircases, then traverse suspension or sky bridges. Most of these living spaces have private balconies with great views. Horseback riding is a popular thing to do in the area. And the natural pool that has fresh water from the Illinois River is a great place to take a dip or catch some rays. 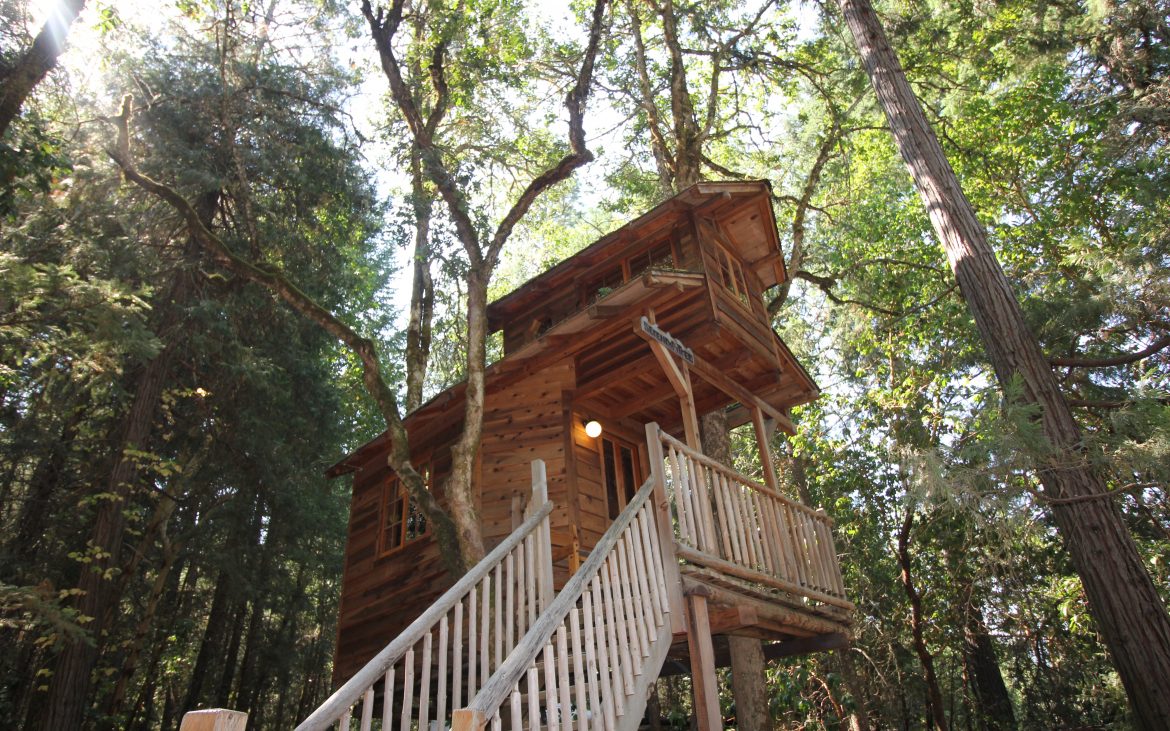 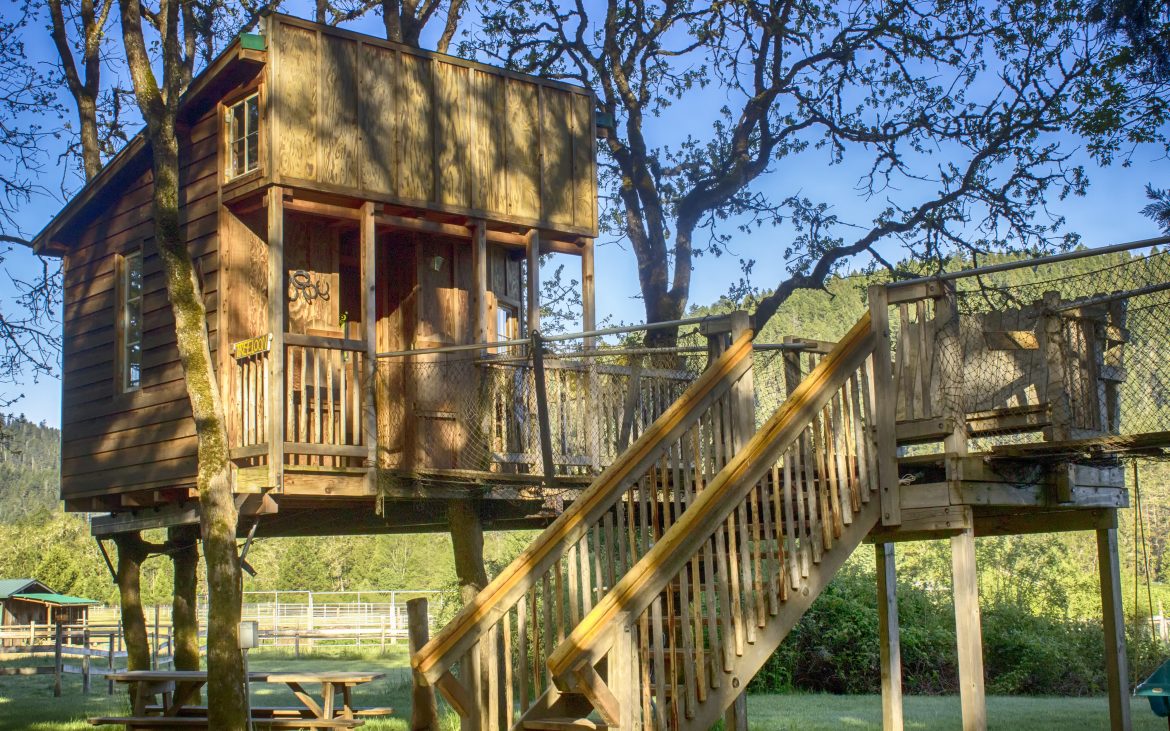 Yes, I’m including a cheese shop here. There aren’t many cheeses in the world that have taken home a “Super Gold Medal” from the World Cheese Awards and placed first in the World Dairy Expo Championship. Seriously, the number of awards they’ve received for their cheeses is astounding.

The Creamery began production of “Oregon Blue” in early 1954. It went down in the books as the first blue cheese produced in caves west of the Missouri River. They have been producing artisan cheese long before it was a thing. It was even named the best small blue cheese plant in the U.S. by the USDA, FDA and the State of Oregon.

I first discovered Rogue Creamery when I paired craft beers with select cheese on the radio about a decade ago. Their Rogue River Blue ripens naturally from occurring molds found in its caves. The rounds are hand-wrapped in local Carpenter Hill Vineyard Syrah leaves that have been macerated in Clear Creed Pear Brandy. Try pairing this with the Rogue Mocha Porter.

Located in Tillamook County, this picturesque riverside village has a quaint downtown reflecting its century of history. 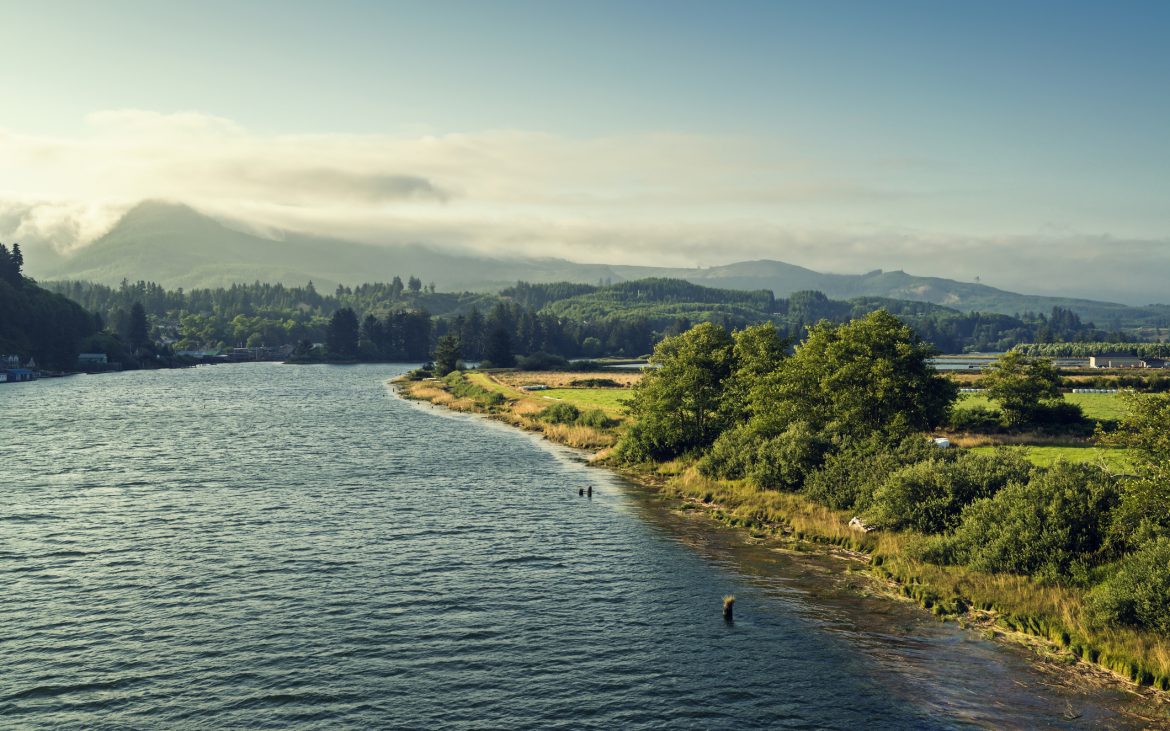 Visit Wanda’s, the local, iconic restaurant with line-worthy brunches. With a 4.5 average review (out of 273) on Trip Advisor, this is the place for breakfast lovers. The French toast is made with cinnamon swirl bread. Yum! The restaurant is under new management and is currently receiving a major facelift. It is open during remodeling. 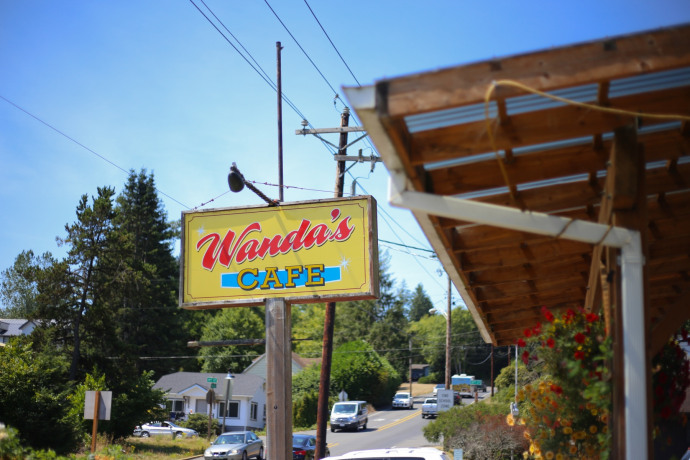 “During the summer time we want to add things like may cornhole, a giant connect four or just something to do to pass the time while they wait.”

The name stays the same, the food stays the same and the staff will all be staying, he shared. Grab a pastry and rent a kayak five minutes away and explore the hidden marshland of the Nehalem River. You may even get a peek at a swimming elk!

Located about 45 minutes South East of Estacada, the hot springs are surrounded by the lush Mount Hood National Forest. Hollowed-out cedar logs and old whiskey barrels serve as 8-foot-long bathtubs. There is a pleasant hike on a well-maintained trail through old-growth forest on the way to the rustic hot springs. In 1913, the first structure was erected at the springs, a log cabin that served as a Forest Service ranger station through the 1940s. It’s now on the National Register of Historic Places. 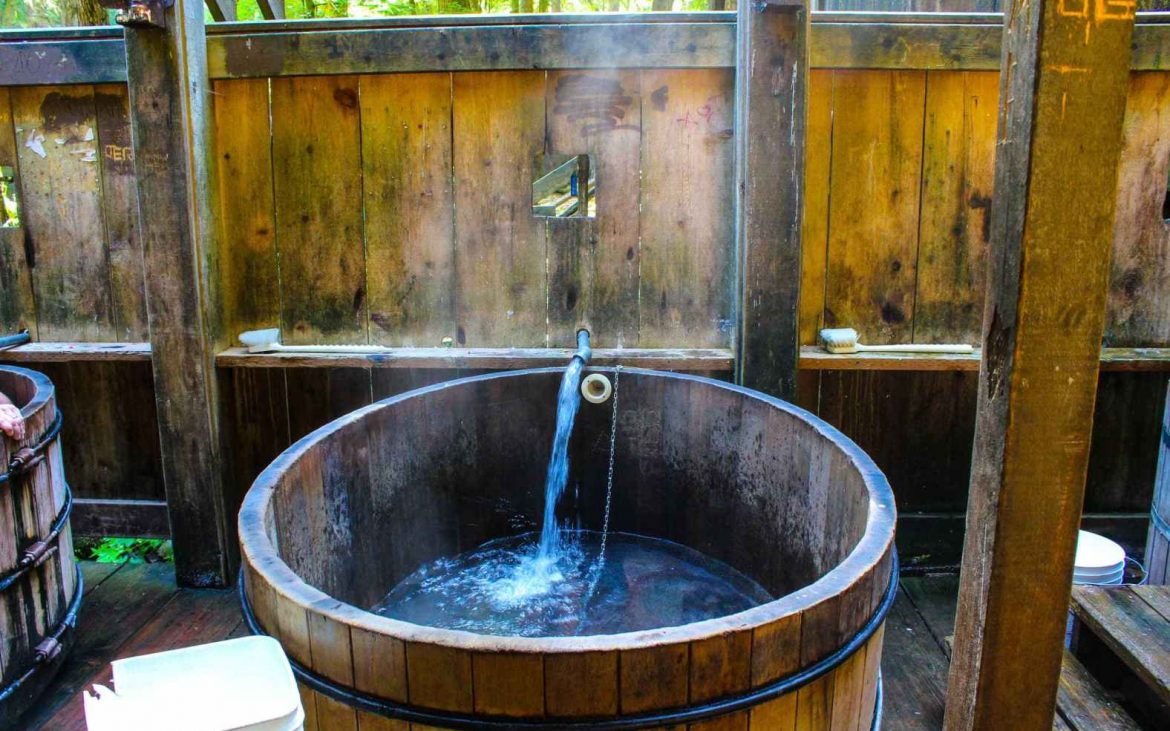 This is not a place for a simple walk in the woods. Deep in the heart of Oregon’s coastal rainforest, nestled between the Smith and Umpqua rivers, lies Oregon’s newest Wilderness area. The Devil’s Staircase is a rarely visited waterfall beneath an ancient forest. This is one of the more beautiful, but inaccessible waterfalls in the coast range. It’s so steep and rugged, there’s no official trailhead. 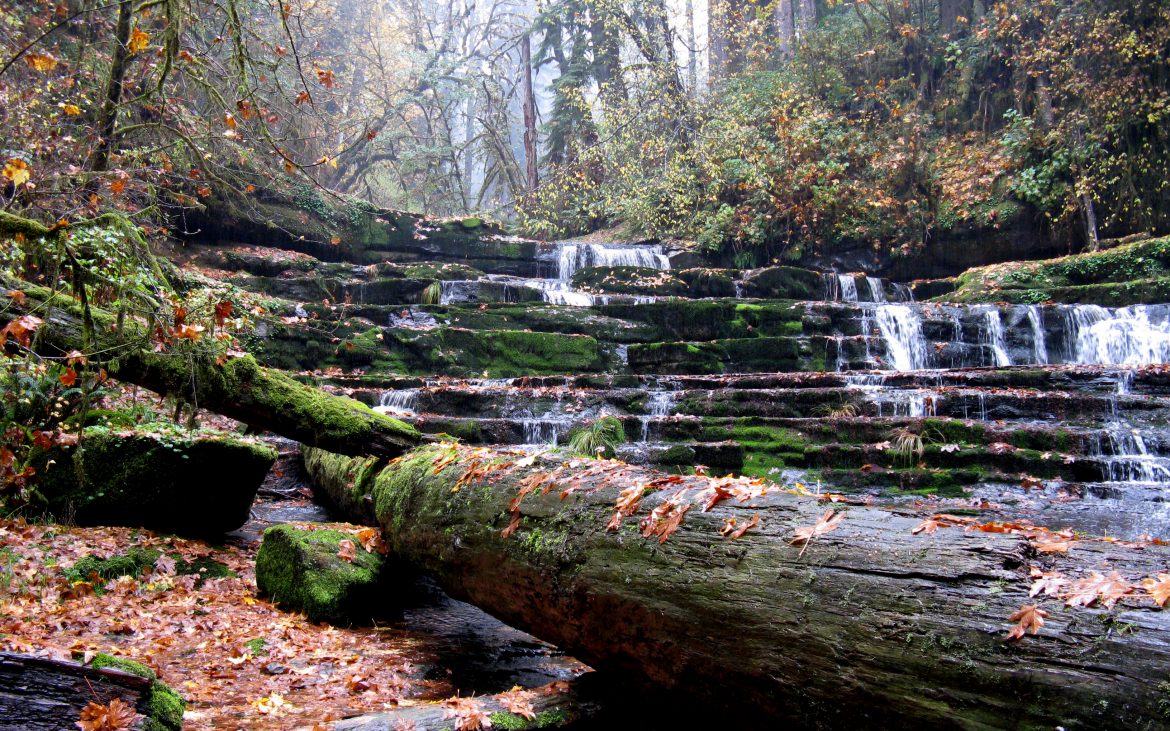 But be warned.  There is a sign near the beginning that reads:

“We recommend that you only attempt to go to the Devil’s Staircase Waterfall with an experienced person with good route-finding skills who has already been there before. The Devil’s Staircase area is very rugged, with difficult and confusing route finding and many areas of thick brush.”

It is extremely remote and can only be accessed using high clearance vehicles that can manage driving though overgrown and unmaintained logging roads. It’s earned a reputation as the Bermuda Triangle of the Oregon wilderness. Cellphone service is extremely limited. But it’s a feeling that you won’t get in a lot of places, it’s a full sensory and wilderness experience. 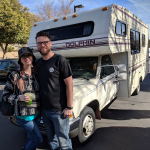