Away from the plastic and glitter tourist attractions of Orlando and the busy pace of cities like Miami and Tampa, there is a special place in Florida where nature is the draw. Here endangered species and native wildlife are the focus, instead of giant mice and tourists in Hawaiian shirts and Bermuda shots.

Homosassa Springs Wildlife State Park is a 185 acre sanctuary where birds fly, alligators sun themselves, and the gentle manatee swim in peace. The park offers a wonderful opportunity to observe many elusive species up close that most people never see in the world. The centerpiece of the park is a 45 foot deep natural springs that pumps millions of gallons of water every hour and is the headwaters of the Homosassa River that flows nine miles west to the Gulf of Mexico. Many species of fish are drawn to this large natural springs with its constant 72 degree year-round temperature. The springs and headwaters of the Homosassa River is the only place in the world where thousands of fresh and saltwater fish congregate in one place. As many as 34 different species have been identified in the waters of the springs.

The Homosassa Springs area has been a popular destination for generations of wealthy sportsmen and visitors. Tourists would arrive in Ocala by train, then journey overland by horse and buggy to popular lodging places like the Osceola Inn, Meeker House, Dunn Cottage, the Rendezvous, and the Atlanta Fishing Club. The buggies were driven by former slaves who remained in the area and were employed by the inns and hotels of Homosassa Springs. Eventually train service was extended to the coast, making the trip easier and bringing ever greater numbers of visitors.

For more than one hundred years the park has been a stopping point for tourists, first in private hands and now administered by the Florida Park Service. Early passenger trains would stop at the springs to allow passengers to get out and stretch their legs. The railroad track ran on what is now Fishbowl Drive, which runs through the park. In the 1940s the site was operated as a small attraction offering wildlife shows. In 1964 the Norris Development Company bought the property and promoted Homosassa Springs as Nature’s Own Attraction. For several years the park was operated by several different promoters, until the Citrus County Commission purchased it for protection as an environmentally sensitive area.

Today Homosassa Springs Wildlife State Park is among Florida’s most popular natural attractions, encompassing some of the state’s most beautiful landscape, including wetlands, hydric hammock areas and spring-run streams.

A visit to the park begins at the Visitor Center on US Highway 19 in Homosassa Springs, where visitors catch a tram to the main park, or board pontoon boats for an introduction to the park during a twenty minute cruise along Pepper Creek. The enclosed waterway winds its way through a hydric hammock where nesting osprey, great blue heron, wood ducks and turtles are waiting to delight visitors. A wide variety of native trees and vegetation grows along the banks of Pepper Creek, including live oak, sabal palms, loblolly pine, wax myrtle, Southern magnolia, and muscadine grapes.

Wandering the nature trails winding through the park, visitors are serenaded with the sounds of songbirds, the call of waterfowl, the chatter of squirrels and often the roar of a bull alligator. Exotic birds flit from tree to tree and fish splash in the springs’ waters.

A variety of water birds make the park home or migrate through during different
seasons, including wood duck, heron, brown pelicans, egrets, and flamingos. Many species nest in the park and hatch their young in the treetops and along the nature trails.

The park has several wildlife viewing areas and segregated holding areas for different species. Whitetail deer graze in one area, while otter frolic in their pond, delighting visitors with their water aerobics. At Gator Lagoon alligators sun themselves on the sand or swim just below the water’s surface. Park rangers present two alligator programs daily as well as wildlife encounter programs that highlight Florida’s snakes and birds of prey.

The park is a refuge for injured animals who are brought here for rehabilitation and release back into the wild, or to live out their days in safety if their injures are too severe to allow them to survive on their own. Two bald eagles live in the park, each missing one wing, either through accidents or encounters with predators or man.

In early December the park was expecting seventeen young whooping cranes to drop in. The endangered birds left Wisconsin on October 13th accompanied by four ultra-light aircraft, part of an effort by the Whooping Crane Eastern Partnership to bring the birds back to the eastern part of the United States.

The emphasis of the park is on native Florida species, and it is home to Florida black bear, Key deer, bobcats and fox. A few non-native animals also live here, for one reason or another. Two Western cougars have been given homes as ambassadors for the endangered Florida panther. One popular resident is Lou, a huge hippopotamus who has lived at the park since it was in private hands. When the state took over the land and began to develop the park, local residents petitioned on Lou’s behalf and convinced authorities to allow him to remain. Watching his huge mouth open to receive buckets of watermelon for his snack is a lesson in what not to do in the way of table manners.

A Children’s Education Center is housed in the brick museum building near the Garden of the Springs, featuring hands-on educational exhibits for children to learn more about wildlife and the importance of protecting our precious natural resources.

Homosassa Springs Wildlife State Park is famous as a rehabilitation center and refuge for injured and orphaned manatee. It is estimated that there are less than 3,500 West Indian manatees left in the world, and their numbers are not growing.

Though the manatee have no natural enemies, they are frequently injured by encounters with man. Very few lack scars from boat propellers. Others are crushed or drown in flood gates or get entangled in fishing or crab trap lines. The park is one of the biggest forces in trying to save these gentle creatures.

The park’s manatee are protected in the springs, where they are cared for, observed and studied. The park’s underwater floating Fish Bowl observatory provides the best opportunity to view the manatee in the springs. The 162 ton structure was installed when the park was in private hands. Built like a ship and launched on ways from the shore, the builders used bananas instead of the grease normally used to slide it into the water to protect the local fish population and prevent polluting the springs. This novel idea came from an old Max Sennett movie.

The large windows of the Fish Bowl observatory allow visitors to view the springs resident fish and manatee at close range. The manatee seem to be just as curious about the visitors as we are of them, often swimming up to peer back at us through the glass. Snook, sheepshead, redfish, jack crevalle, speckled trout, snapper, bluegill, bream, and an occasional largemouth bass swim past the viewing windows.

The park’s nature trails include elevated boardwalk systems with rain shelters where visitors can enjoy an unobstructed view of wildlife in their natural habitat. Other trails have been resurfaced in concrete and provide handicapped accessibility.

The Visitor Center on US Highway 19 includes a nice gift shop and restaurant. A short hallway next to the gift shop leads to a gallery with prints of paintings by Winslow Homer, who spent many winters fishing in the Homosassa Springs area.
Homosassa Springs Wildlife State Park is a wonderful place to spend a day getting to know Florida’s plant and animal life better as you enjoy the beauty of the state as it was before developers, theme parks, and condos arrived. You will come away with a new appreciation for nature and the desire to protect the natural habitat the state’s wildlife must have to survive.

Homosassa Springs Wildlife State Park is located on US Highway 19 in Homosassa Springs, Florida, about 75 miles north of Tampa on Florida’s west coast. The park is open every day of the year from 9 a.m. to 5:30 p.m. The ticket counter closes at 4 p.m. For more information on the park, call 352-628-5343. The Visitor Center has a fairly large parking lot where buses and RVs can park. 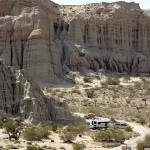