The Truth Is Here: A Great Place to Crash as UFO Festival Invades Roswell

“…In early July 1947, a mysterious object crashed on a ranch 30 miles north of Roswell”

Well, at least my momma knows what species I am.

As the story goes, sixty-six years ago, a rancher named W.W. Mack Brazel checked his sheep after a thunderstorm and found debris made of a strange metal scattered in many directions. He noticed a shallow trench several hundred feet long had been gorged into the desert landscape.

Brazel said he was struck by the unusual properties of the debris and dragged large pieces of it to a shed.

A day or two later, Brazel drove his rusty pickup down to the county seat of Roswell (New Mexico) and reported the incident to Chaves County Sheriff George Wilcox, who reported it to Maj. Jesse Marcel, intelligence officer for the 509th Bomb Group, stationed at Roswell Army Air Field (RAAF).

In their book, A History of UFO Crashes, UFO researchers Don Schmitt and Kevin Randle say their research shows military radar had been tracking an unidentified flying object in the skies over southern New Mexico for four days. On the night of July 4, 1947, radar indicated the object had gone down about 30 to 40 miles northwest of Roswell.

The book says eyewitness William Woody, who lived east of Roswell, said he remembered being outside with his father the night of July 4, 1947, when he saw a brilliant object plunge to the ground.

In the summer of 1947, there were a number of UFO sightings in the United States. © Rex Vogel, all rights reserved

Schmitt and Randle say Marcel, after receiving the call from Wilcox and subsequent orders from Col. William Blanchard, 509th commanding officer, went to investigate Brazel’s report. Marcel and Capt. Sheridan Cavitt, senior Counter Intelligence Corps (CIC) agent, followed the rancher off-road to his place. They spent the night there and Marcel inspected a large piece of debris Brazel had dragged from the pasture.

Monday morning, July 7, Marcel took his first step onto the debris field. Marcel would remark later that “something … must have exploded above the ground and fell.”

According to Marcel, the debris was “strewn over a wide area, I guess maybe three-quarters of a mile long and a few hundred feet wide.” Scattered in the debris were small bits of metal.

“I didn’t know what we were picking up,” Marcel said.

Meanwhile, Glenn Dennis, a young mortician working at Ballard Funeral Home, received some curious calls one afternoon from the RAAF morgue. The base’s mortuary officer was trying to get hold of some small, hermetically sealed coffins and also wanted to know how to preserve bodies that had been exposed to the elements for a few days and avoid contaminating the tissue.

At 11 a.m., July 8, 1947, Lt. Walter Haut, RAAF public information officer, finished a press release Blanchard had ordered him to write, stating that the wreckage of a crashed disk had been recovered.

He gave copies to the two radio stations and both of the local newspapers. By 2:26 p.m., the story was on The Associated Press wire:

“The Army Air Forces here today announced a flying disk had been found.”

Visit Roswell and decide for yourself! © Rex Vogel, all rights reserved

Later that afternoon, Haut’s original press release was rescinded and an officer from the base retrieved all of the copies from the radio stations and newspaper offices. The next day, July 9, a second press release was issued stating that the 509th Bomb Group had mistakenly identified a weather balloon as wreckage of a flying saucer.

This revised statement sparked controversy and has continued to be a topic of debate 66 years later.

The military has tried to convince the news media from that day forward that the object found near Roswell was nothing more than a weather balloon.

In reviewing the literature both written including released government reports and oral statements, the evidence is inconclusive.

Additional information on Roswell, the Roswell Incident, Roswell UFO Museum, and Beyond Roswell is available in an earlier post: UFO Capital: Roswell

Uncover the mystery and help discover the truth at The Amazing Roswell UFO Festival and 66th Anniversary of the Roswell Incident.

The City of Roswell invites UFO enthusiasts and skeptics alike to join in the celebration of one of the most debated incidents in history this July 5-7, 2013.

The majority of the events will be held downtown, with very few exceptions. All events are within walking distance.

For information about RV parks and campgrounds near Roswell, check out Good Sam RV Travel Guide and Campground Directory.

Worth Pondering…
Well, at least my momma knows what species I am. 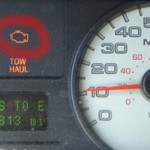