The Sun Sets on the Phoenix Rally

The Arizona desert attracted people from all over North America to the Phoenix International Raceway, February 26 to March 1, 2015. Over 2,600 rigs brought 5,600 people into the Rally each day during the 4‐day event. Additionally, more than 7,500 local RV enthusiasts came and took advantage of the hundreds of RVs of every shape and size on display along with the latest gear from more than 325 exhibitors! This was the Rally’s second visit to the Phoenix International Raceway, and the event organizers pulled out all the stops with more than 350 recreational vehicles for sale at discounted show prices from top RV manufacturers, including: Fleetwood, Forest River, Jayco/Entegra Coach, Keystone, Heartland, Newmar, Starcraft, Crossroads, Thor Motorcoach, Leisure Travel Vans, Monaco, Airstream, Phoenix Cruiser, Pleasure‐Way, Renegade, Space Craft, Thor Motor Coach, Tiffin and Winnebago. Chevy displayed their new Silverado trucks, in addition to the 2015 Motor Trend Truck of the Year, the Chevy Colorado, and some lucky shoppers even got to test‐drive motorhomes around the famous racetrack.

The Rally’s vast exhibit halls packed the huge exhibit tent showcasing hundreds of booths with every conceivable RV gadget. Product displays ranged from windshields and headlights to tailpipes and tow brakes, and everything in between, along with RV tour guides, campgrounds and financing. Camping World, once again, created an on‐site store carrying a majority of essential camping and outdoor accessories. More than 80 seminars gave Rally‐goers a crash course in RVing 101. From Detailing Your RV in One Hour to RVing to Alaska, and Jim and Chris Guld, the renowned Geeks on Tour, helping RVers take their personal technology on the road; the 2015 Rally covered it all.

Rally‐goers dropped by the Good Sam Member Base Camp to learn about regional Good Sam chapters, meet the club’s state and provincial directors, and play games with their fellow Good Sam members. Prizes were given out during Camping World’s Match‐N‐Win contest, where Rally‐goers searched for the fellow guest whose four‐digit number matched their own. Other Rally activities ran the gamut from Bingo to a green screen offering a free souvenir Rally photo, sponsored by Good Sam Extended Service Plan.

Once again, the Rally, along with event sponsor Reese, attempted to break the world record for the largest wedding vow renewal ceremony, by having attendees “Get Re‐ Hitched at the Rally.” Though our effort fell short of the 1,087 couples needed to set a new record, our participants didn’t seem to mind, as the crowd blissfully recited their “I do’s” and sealed them with a kiss, as ordained by Reverend Neil Hollis. The smiles on the couples that participated indicated that they enjoyed trying to break the record – regardless of whether the record was broken. Prizes were given to the longest married couple (64 years) and the shortest married couple (3 days); the best dressed couple received round‐trip airfare for two to anywhere in the continental United States!

Other events that Rally‐goers participated in include the Rally Golf Tournament, sponsored by Good Sam TravelAssist, at Tres Rios Golf Course and the Arts & Crafts Fair, where attendees sold their homemade goods.

The Rally Dog Show, sponsored by Good Sam Extended Service plan and dubbed “Halo’s Best in Show,” brought a wide array of dogs that participated in categories including: silliest pet trick, Good Sam costume contest, the double‐vision award for dogs and owners who look alike, and the best singing contest. The “Best in Show” award went to Molly the Taco Terrier, with owner Judy Dugan! Each year, the Rally looks to find ways to give back to the host community and 2015 was no different. This year, the Arizona Humane Society hosted a pet adoption, which resulted in two dogs finding their forever home. The Rally also partnered with Project Linus again to host a blanket drive that brought in 376 blankets. Project Linus, named for the Peanuts comic‐strip character, is a nonprofit organization that provides huggable security blankets to children in need. United Blood Services asked Rally attendees to “Find the Hero in You,” by participating in the onsite blood donation and exceeded their goal of 15 units by five, for a total of 20 units given by our “Rally Heroes.”

Finally, the Rally held the inaugural “Good Sam Steps For Vets 5K Walk” benefiting the Fisher House Foundation. Over 150 participants were led onto the famed track and walked down pit row to begin their three laps around the track which ended at Victory Lane! The 5K raised $7,500 for the Fisher House Foundation, which provides temporary lodging, free of charge, to over 180,000 military families. On the Rally’s closing day, Rally attendees celebrated and saluted the service of our national veterans, with a special appearance by the Buffalo Soldiers. Nearly 600 U.S. and Canadian military veterans marched in the procession, preceded by a bagpiper playing Amazing Grace, followed by the Flowing Wells Jr. JROTC Drill Team. The Veterans Salute, sponsored by Coast to Coast Resorts, included a special blessing from the Pima Tribal Elder, Delane Enos.

As the sun set on the track, the stars lit up the outdoor stage for evening entertainment. On Thursday night, The Dina Preston Band sang a mixture of country, pop, rock and patriotic songs to a full house. Back by popular demand, Friday night brought Ticket to Ride – a live Beatles tribute to the stage. They had the crowd clapping along to their favorite Beatles songs, everything from “Help” to “Let It Be,” and “Sergeant Peppers Lonely Heart Club Band.” Saturday night brought down the house with Super Diamond – the Neil Diamond Experience with popular songs by Neil Diamond including “Love on the Rocks” and “Forever in Blue Jeans.” On Sunday, the RealTones Band ended the Rally on a nostalgic note with their hits from the ‘50s, ’60s and ‘70s.

The Phoenix Rally is now in the history books, but you can relive the good times by downloading Rally photos for FREE on Smug Mug at www.therally.smugmug.com, including the official Rally aerial photo! 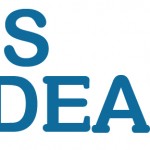 Puttin’ On The Dog Previous
Superstition Views at Canyon Vistas: Upscale Arizona... Next 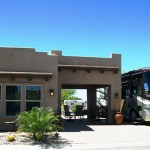