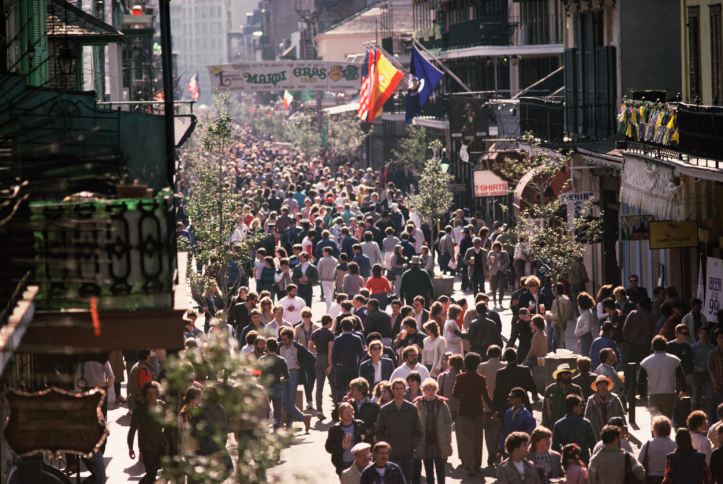 Smoke rises from huge pots of gumbo and chili. Purple, green and gold flags flap in the wind. 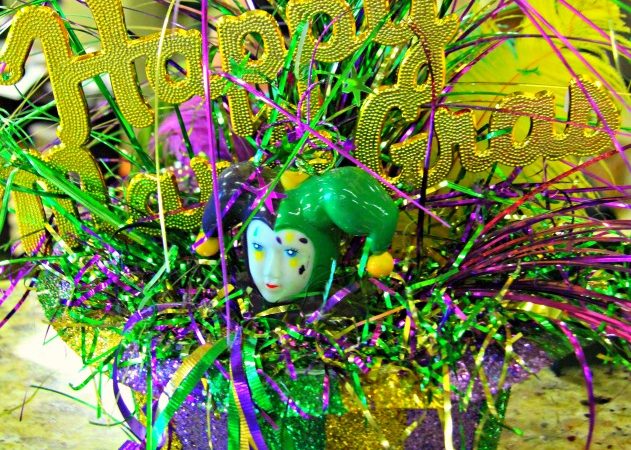 It’s Carnivale season and RVers join the revelers in RV parks and campgrounds along the Gulf Coast from Pensacola, Florida, to Galveston, Texas—and beyond.

“I’m going to Mardi Gras!” we say, when we’re actually going to see parades the week or two leading up to Mardi Gras. Technically, “Mardi Gras” is the last Tuesday before Ash Wednesday which ushers in Lent, a period for 40 days of fasting, and Carnivale is the season that begins on January 6, the Feast of Epiphany.

Mardi is the French word for Tuesday. Gras means fat. Thus, Mardi Gras is Fat Tuesday. The day is sometimes referred to as Shrove Tuesday, from the word shrive, meaning confess.

To the uninitiated, Mardi Gras may seem a bit odd. Here are some of the whys and what fors.

Why is there a Mardi Gras?

The ancient Greeks, Romans, and Celts get the credit for Mardi Gras and Carnivale season.

Mardi Gras is rooted in a rather rambunctious 3,500-year-old Greek spring fertility festival called Lupercalia. Masking and overindulgence were commonplace. The Roman Catholic Church tamed and Christianized it when converts refused to set aside pagan ways. In the Middle Ages, the Church indicated that during Lent no meat was to be consumed. Only fish was allowed. So, on Fat Tuesday people would eat the last of their meat because if it wasn’t eaten, it would have to be discarded. 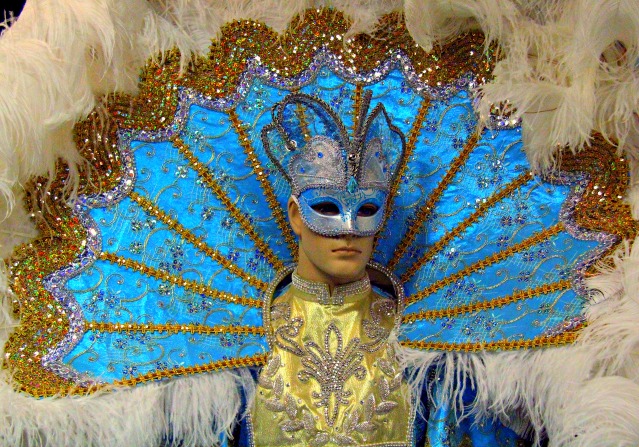 The Mardi Gras colors are purple, green and gold, and the official Mardi Gras song is “If Ever I Cease To Love.” © Rex Vogel, all rights reserved

Mardi Gras spread from Rome across Europe where it then crossed the oceans to the colonies of the New World. Historians believe the first American Mardi Gras occurred in 1703, one year after French explorer Jean-Baptiste Le Moyne de Bienville established Fort Louis de la Louisiane in what is now Mobile, Alabama.

As New Orleans and Mobile grew, Mardi Gras was turned into something uniquely American, and the entire Gulf Coast jumped into the fray. By the 1730s, New Orleans and other French settlements took to marking the holiday with masked balls, lavish dinners, and wild street parties.

The colors are now used on nearly every Mardi Gras decoration, including the millions of beaded necklaces that have been tossed along the parade route since the 1870s. 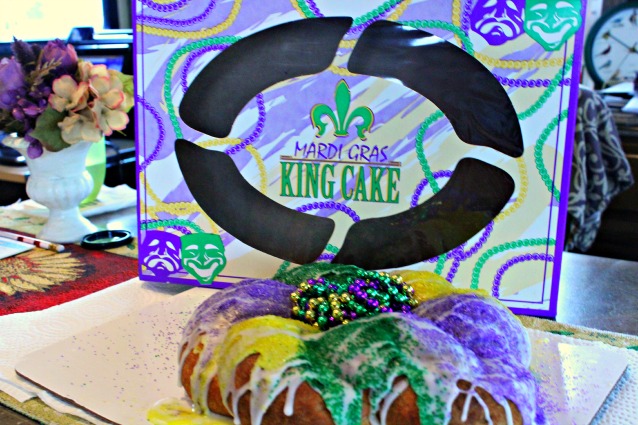 A favorite Mardi Gras tradition is the crown-shaped King Cake which evolved from the Twelfth Night or Epiphany pastry of Louisiana’s early French settlers, who brought the tradition with them from Europe.

Our modern versions of this cake, an extra-large rich breakfast-type pastry is decorated with the three Mardi Gras colors and inside each cake is inserted a tiny, naked plastic baby. In the early days, a real bean, not a baby, was secreted into the cake. Tradition tells us that the “bean finder,” the person who gets the slice with the baby, receives a year of good luck and is treated as royalty for that day—and  must supply the next day’s king cake. There are as many different flavors of the tasty pastry as there are throws at a parade.

So few days in Mardi Gras season this year and so many king cakes to try. 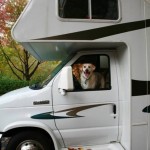 Camping With The Family Pet Previous
Freelancing On The Road Next 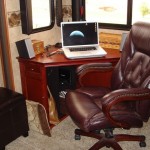