Maintaining Your RV May Be More Expensive in Future

The economic crunch that crippled the recreational vehicle industry resulted in RV manufacturer closures.  This left many owners high and dry as far as warranty was concerned.  Additionally it left them without technical support and OEM parts availability.  Well, thankfully most have worked their way through these issues using independent service depots and parts directly from the component suppliers.

But now we are seeing the second wave of the economy storm.  A wave that may affect owners of all makes of RV’s, including those that own makes that are still in production.  This issue deals with RV manufacturer supplier failures and economic driven scale-downs.  There are many specialized components that are primarily built for RV’s or similar narrow market applications.  Items like class A windshield wipers, side cameras and electronic controllers, to name a few, are not common on-shelf automotive items.  Many times, if these components fail, a different make or model may have to be substituted.  Sounds simple enough, but this creates a problem.

So let’s look at what can happen.  We will start with a windshield wiper assembly set for a class A coach.  Say the mechanism becomes damaged and requires an entire replacement.  The original manufacturer is no longer in business therefore another make will have to be used.  Unfortunately, the wiper to wiper centers are not a standard specific width.  Therefore drilling a new hole or two in the body may be required.  This will also need to have both body work and paint to repair the previous location(s).  The wiring harness connectors are also not standardized and may require an added adaptor to complete the installation.  This can be a much bigger job than originally thought.

Side cameras don’t last forever.  If one fails you would probably like to replace it.  It should cost no more than about $200 including labor.  But, if the builder of that camera is either out of business or has had to drop that particular model, it’s going to cost a whole lot more.  It may cost up to six times more.  Case in point.  My driver side camera quit and needed replacement.  The manufacturer of the camera no longer produces that model due to a downsizing strategy.  The replacement model is only available by the pair (2).  Well, that’s going to cost extra, but I can live with that. But, the footprint of the old camera is somewhat larger than that of the new one.  Some body work and painting will now also be needed.  Additionally the wiring harness may not be compatible with the current interface and may require an adaptor or some modification.  Total value of the deal…….. probably $1000 or more.

An E-Plex touch screen controls most house demands within many higher end coaches.  Some of these components are no longer available due to company closures.  This would then mean a simple board failure could easily require the entire system to be replaced.  That would mean replacing every module and possibly the wiring too.  Needless to say, this would be indeed a costly project.

This may also increase the costs those who are renovating their existing rig in lieu buying a new one.  Unlike the RV market, this scenario essentially does not exist in the auto industry as other manufacturers are usually willing to build needed will-fits for such a potentially large market.

Well, this is just another affect that may be felt by the RV owner as a result of the downturn in the nation’s economy. 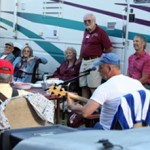 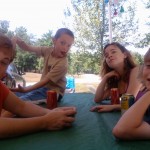 Stay Out of Trouble: 7 Signs Of RV Maintenance Problems