Pretty well any one that has gone from a furnace to hydronic heat in an RV, would never go back.  Not because there was anything really wrong with the Suburban type furnace, but due to the superior operation qualities found in the hydronic units.  Some of those benefits are better heat distribution, quieter operation and more operating efficiency.

So, why stop there?  Why not cool in the same manner?  The same closed circuit lines could be used for both heat or cooling utilizing the existing heat exchangers or air handlers.  The diesel and electric heating chamber would have to be modified somewhat from what is used today.  The ability for the hydronic heat to also heat the water service would, of course, not be there.  This could be accomplished with a smaller, separate dedicated water heater burner operating independently.

To cool the hydronic glycol circuit, one or more chillers could be employed.  These chillers would be mounted in the basement and would require something like a horizontal chilling tower on the roof to disperse the heat.   The unit shown to the left, is a compact chiller that is made for the marine industry by Dometic, a name already familiar to RVers.

This type of heating and cooling is used today in many buildings and on many yachts.  The big advantage of this type of cooling is its higher efficiency when compared to the standard type of A/C units currently used on motor coaches today.  Hydronic cooling specialists claim anywhere from 20% to 40% less energy is needed to provide the same cooling affect.  These figures, however, are stated for buildings and ships, where the availability of water can provide a substantial tool for maintaining cooling tower temperatures.

The main drawback to this type of cooling is the cost.  A large coach would probably require at least two chillers of 20,000 or more B.T.U.’s each.  Some might even opt for three chillers.  Even increasing the number of units does not reduce their savings in efficiency.  This is because the multi-chiller set-up operate each unit sequentially on a need to run basis.  The number one chiller would be programmed to cool the water, or glycol to 46/48 F.  If the fluid temperature rises to 50/52 F., and the thermostat is still calling for cool, the second, number two, unit would start.  If a third unit is employed, it would be set to automatically start if the water, or glycol reached a temperature of  54/56 F.

The distribution of the cool air is remarkably good, using this system.  It can also be specifically directed in a desired configuration eliminating cold spots.  This in it self, could help to reduce the waste of energy when trying to bring down the temperature of a hotspot, like the front area of a coach.  Ducted air can not match this superior air distribution, as have already been experienced with hydronic compared to ducted furnaces.

It would seem, that if such a system was offered and used in the RV industry, a substantial reduction in energy consumption may result.  Additionally, it may deliver the buyer ongoing energy cost savings and increased creature comfort.

So, will this work in a modern coach or trailer?  If so, will we see this one day offered as a choice on some select rigs?   Time will tell. 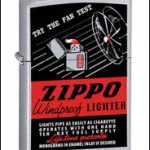 An Upstate Adventure Across PA on One Tank Previous
Young Fulltime RVers - How much does it cost? Next