Have you had enough with fees to use our public lands?

A camera crew from Idaho Public Television’s  popular Outdoor Idaho program, shooting a segment on students and conservation, was denied a permit to follow the students into the Frank Church River of No Return Wilderness, a part of the Salmon-Challis National Forest, on the grounds that this type of filming was commercial and therefore not allowed in the wilderness.

This is yet another example of something broken in the National Forest Service (FS). What rationale the FS could make to deny a decidedly non-commercial station (clearly evident by their fund drives to raise enough money to stay on the air) from filming a story that could only do good for the FS is beyond comprehension.

In a similar incident a few years ago I wanted to do a story of the daily working life of a typical FS ranger. I asked permission to ride with a ranger for a day to see his activities first hand. I was given such a runaround–forms to fill out, having to submit them to the regional office,  who would then forward them to Washington, fees charged if I wanted to take pictures, and I would find out whether permission was granted in about a year–when I would be on the other side of the country.

Couple this with the FS efforts to dream up every possible way to raise money, for instance: allowing concessionaires to run the campgrounds and taking a cut of fees that have more than doubled over the past few years, trying to reduce the senior discount from 50% to 10% (they lost), charging for the use of picnic grounds, charging fees for parking at trailheads and along roads (illegal), and requiring fees to drive certain scenic roads–which are against their charter–are the result of the federal agencies, with the exception of the National Park Service, in 2004 being given the authority to institute new fees and increase existing fees at campgrounds, trailheads, and other public areas. How long will it be before they start charging for boondocking in the forests?

Max Baucus, Senator from Montana, has introduced Senate bill .868, the Fee Repeal and Expanded Access Act, which would revoke that far-reaching authority. Under the Fee Repeal Act, policies that worked well for over thirty years under the Land and Water Conservation Fund Act of 1965 will be reinstated, and the decade-long failed experiment with recreation user fees will end.

You can learn more at the Western Slope No Fee Coalition Web site and send a letter to your senator urging him/her to support the bill here. If we RVers don’t let our wishes be known, if we just sit back comfortably in our camp chairs and let the FS continue to nickel and dime (more like five and ten dollars) us to the point where we can no longer afford to travel or recreate on our public lands, then we deserve what we get .

Read more about how we can currently enjoy our public lands in my eBook BOONDOCKING: Finding the Perfect Campsite on America’s Public Lands before they become public lands only for the affluent. 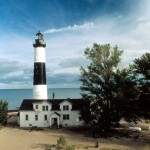 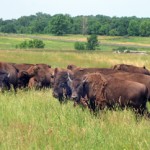