Get Some Control Over Holding Tank Odors

Holding tank odors can be a real problem, especially if you don’t know how to deal with them. If you are new to the RV scene, this issue is perhaps the most popular complaint (aside from dead batteries!). When purchasing a new RV, part of the delivery process is explaining how to empty and rinse your holding tanks, as well as preventing holding tank odors by using chemicals. But on a particularly hot day, even chemicals can’t stop the odoriferous emanations gagging you out of your RV. It’s the same problem porta-potties have which everyone has probably experienced at one time or another. So what can you do to assist in controlling tank odors? Do the Lil’ Stanker holding tank fan mod.

The Lil’ Stanker fan mod consists of a 12-volt powered fan and a switch to control fan operation. The fan mounts over the top of the black water holding tank vent pipe on your RV’s roof. When switched on, it provides suction, helping draw odors up and out of your holding tank. The fan also has a shroud that prevents water from entering the fan assembly and is similar in shape to the standard vent pipe cap.

The company that makes the Lil’ Stanker roof fan also has another option to fit a fan inline with the tank vent pipe. This type of fan is located inside the RV rather than on the roof. If you have easy access to your holding tank vent pipe inside the RV, you may opt for this type of arrangement. It’s both easier to install and wire up than the roof mount type since the fan is simply a slip fit. It is contained within a housing whose ends fit standard-sized RV vent pipes. And you don’t have to feed the wiring down the vent pipe as is the case with the roof mounted fan.

Both types of fans have two speeds: low and high. The low speed is recommended in all but the most stinkiest of situations. The fan switch is a three-way switch with off being in the middle. So it’s easy to tell what speed the fan is on at a glance. There is also a power indicator to show when the fan is operating, but doesn’t show whether it’s low or high speed.

There is also another type of vent pipe mod you can do to help draw odors out of your holding tanks. It’s a replacement vent pipe cap that has an angled fin (for lack of a better term) which follows the direction of the wind. It provides a venturi effect which creates a vaccum at the end of the pipe. This draws out smelly air from the tank. The only drawback to this type of odor controller is that it requires air movement to work. Going down the road, it works great. But if there is little to no wind when your stationary, it won’t work as intended.

Doing this mod, in conjunction with regular draining, rinsing, and sanitizing of your tanks with your favorite odor-eating concoction, will have you getting some control over those pesky tank odors. And don’t forget. You can also do this mod for your gray water tank as well!

For more information, installation pictures, and wiring diagrams, head on over to ModMyRV.com and have a look at this article:

Internet by Tethered Cellphone - Reboot Previous
Unavoidable Accidents: Would Your Pet Survive? Next 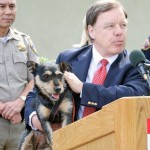 Waste Tank-Management Tips — Back to Basics

Get Some Control Over Holding Tank Odors