Unavoidable Accidents: Would Your Pet Survive?

One of our partners, Christina Selter, founder of Bark Buckle UP, reported the following information that tells some real life stories of pet travelers. Bark Buckle UP is a pet travel safety advocacy organization and Selter works with police, fire and hospital first responders to advise them on rescue techniques for pets. She also travels the around country to speak to pet owners about the dangers of traveling with unsecured pets.

As quoted by a representative from National Highway Traffic Safety Administration (NHTSA), “wearing a seat belt costs you nothing but to not wear one certainly will.”
“National safety statistics indicate the number of pets traveling in vehicles continues to grow — and so do the number of pet fatalities. I’ll bet dog bones to dollars that 99.9 percent of pets travel improperly restrained.” — Christina Selter

The following life-changing survival stories of Unavoidable Accidents are a true testament to “Why Buckle?”

California
I was taking Cody, our large collie, to the veterinarian when a knucklehead pulled right out in front of my car from a driveway. I was only going about 25 mph, but Cody fell forward in the back of my Expedition (seats down, limo style). It wasn’t until I got to the vet that I realized he had caught his paw during the “flight” and ripped a nail out of the nail bed. Blood was all over the back of the car. I am getting him a buckle as he LOVES his car rides and I don’t want him to be hurt ever again!

Washington
I was traveling at 40 mph when the other driver ran a stop sign. I broad sided him before I could hit the brakes. The car (a 1999 Honda CRV) was totaled. My wife spent 4 days in hospital and I spent 2. I was off of work for a month. The other driver had to be removed with the “jaws of life”. When the fireman heard that there was a dog in the car he immediately asked for “the kit”; however, since our dog was buckled in, he was unhurt and didn’t need to be put down. In fact he didn’t require any veterinarian care at all.

Massachusetts
I started using a vest type dog restraint years ago after an incident where my 15 lb. Norfolk Terrier was jumping from the front to the back seat of the car while I was going through the car wash. She was making a game of trying to catch the car wash brushes that she could see through the moon-roof. Her leash tangled around the headrest and I was unable to reach it to untangle her without walking around to the other side of the car. She almost strangled herself. From that day on, she wore a restraint and I felt much safer. I was in an accident a couple of years later and even though I was injured, she was fine.

Texas
We have always used a seatbelt restraint that connects to the existing seat belt system of our truck for our miniature golden retriever whether we are traveling in town or on the highway. We got into a situation in one of the state parks where we had to “jump” two “ditches” in order to get our truck and trailer out of the site the campground had put us in. The roads leading out of each campsite were too narrow for a truck and trailer (or large RV) to turn the corners of the roads in and out of the park. (There was one way in and another way out – in was ok, but out was not.) Brandie was buckled up when we were attempting to get out of the site. If she had not been restrained she would probably not be with us today and may also have caused much harm to my husband who was driving. We escaped with only a blown out trailer tire and torn up steps and back corner of the trailer. God was truly watching over us that day. I believe that all children and pets need to be restrained for their safety as well as the safety of all the occupants of the vehicle. Thank you for what you do to make this safety issue known to the public.

Ohio
I used to let my then-kitten Bouncer run free in my car. My husband and I were in a very bad car accident and if Bouncer had been w/us at the time, he would’ve been thrown from the car. That served as a wake-up all.  Since that day when I travel with my cats, they each have their own carrier. I use the plastic hard carriers, not the soft squishy style. They always ride in the back seat (away from airbags) and I use the safety belt to secure their crates.

Pennsylvania
My husband and I do a fair amount of traveling in the car with our 2-year old Boxer dog, Kiara. We made the decision about a year ago to purchase a pet restraint and we had been using it consistently since then. In August of 2007, we were traveling home with Kiara from my in-laws’ vacation house when we struck a deer (6-point buck) head-on. [It was a totally unavoidable accident – very sad for the deer]  Kiara was strapped into her “seatbelt” and she stayed put in the back seat.  There was $8000 in damage to our SUV. No damage to any of us because we were wearing our seatbelts!! Please, please buckle up your pets!

Montana
One day I got stopped by the police I am originally from Canada and have been using a seat belt harness for 5 years now. One day, I got stopped by the police speeding 10 kms over the speed limit.  When the police officer came to the vehicle and wrote the ticket, he asked why my dog wasn’t jumping at the window. I told him that “she” was in a harness and attached to the seatbelt. I had to get out of my vehicle to show the officer how it all worked, as the officer had never heard of a seatbelt system for dogs. Unfortunately, he still gave me the speeding ticket!!!

Sacramento area Veterinarian, Dr. Tom Kendall Director of American Animal Hospital Association (AAHA) stated that “as Veterinarians we see, first hand, the tragedy of improper restraint of animals that travel and look forward to continuing to educate pet owners on the importance safe travel for their beloved pets.” 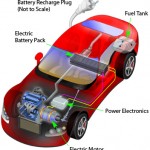