Kentucky’s distilleries are ideally located in the central portion of the state, nestled between the hills and knobs in valleys where corn grows abundantly, and where limestone-rich, iron-free water flows in meandering streams. The corn and clear water are the keys to making good bourbon, the state’s signature distilled spirit.

The Bourbon Trail, patterned after California’s winery tours and Scotland’s whiskey tours, was created to boost bourbon sales, says Eric Gregory, president of the Kentucky Distillers’ Association. Tour distilleries include Jim Beam in Clermont; Maker’s Mark in Loretto; Heaven Hill in Bardstown; Four Roses and Wild Turkey in Lawrenceburg; and Woodford Reserve in Versailles. Tours are also offered at Buffalo Trace in Frankfort and Barton’s Brands in Bardstown. Early Times Distillery in Louisville is not open for tours. This month we’ll visit three on the trail, saving the rest for July 15.

Jim Beam
Family-operated for seven generations, Jim Beam resides in a 400-acre complex that’s home to the world’s bestselling bourbon. Distilling began here in 1795 when Jacob Beam sold his first barrel of corn whiskey, explains tour guide Brittany Mattingly. Colonel James Beam, the brand’s namesake, ran a limestone quarry during Prohibition, and wasted no time rebuilding warehouses after it ended. Within four years the company was filling five warehouses; today there are 72 in three locations, each holding some 20,000 barrels that will all age at least four years. Of the 95 percent of bourbon distilled in Kentucky, Jim Beam contributes half, producing 115,000 gallons a day.

Tours begin at American Outpost, which includes a gift shop and bourbon tasting, and continues to the white clapboard T. Jeremiah Beam Master Distiller’s Home, which includes a small museum and a short film on Jim Beam history. Other tour stops include a replica of Jacob Beam’s still house, a cooperage and Warehouse D, where the air is heavily scented with “angel share,” the fragrant essence of aging bourbon that evaporates through the charred white oak barrels, coating trees and buildings within a mile with black fungus.

Jim Beam Distillery is located at 526 Happy Hollow Road, Clermont, Kentucky; jimbeam.com. A new visitor center is scheduled to open in 2012 and distillery tours will be offered.

Maker’s Mark
Maker’s Mark is the oldest operating bourbon distillery in the world, going back to 1784, when third generation Scotts-Irish immigrant Robert Samuels came to Kentucky from Pennsylvania and began making whisky (spelled without an “e” in the Scottish tradition) for himself and his neighbors. The facility opened in 1805 as a water-powered gristmill owned by Charles Burks, who also distilled whisky. Robert Samuels’ grandson, T.W. Samuels, built the family’s first commercial distillery in 1840. Many of the buildings date from the 19th century, and their colors are symbolic: dark brown for the bourbon, red for the wax that seals every bottle, and cream for the labels and grains, said tour guide Herb Stucker.

Prohibition shut down the operation, which resumed in 1953, when the family’s fourth generation, Bill Samuels, bought the 620-acre property. However, during World War II he had sold the Samuels name, and the company opened as Star Hill Farm Distillery. In 1957 the name changed to Maker’s Mark. Although Maker’s Mark is small compared to some of the other distilleries, it operates 24 hours a day, producing 95 batches a week-each batch containing 19 barrels or 400 cases-and generated one million cases in 2010, said Stucker.

Tours include a warehouse, bottling area and the still house. Bourbon-related items are available in the gih shop, and if you’re 21 or older you can dip your own souvenir bottle of Maker’s Mark into a simmering pot of red wax.

Heaven Hill
At the Heaven Hill Bourbon Heritage Center in Bardstown, exhibits explain that in December 1934, a year after Prohibition ended, a group of area investors came together to found Old Heaven hill Springs Distillery. The distillery, second largest in the country, was named for William Heavenhill, the first white child born in Kentucky, who entered this world during an Indian attack in 1783 “under the cliffs near Rowan Creek” at Heaven Hill’s present location. During the early 19th century, his name began appearing on documents as Heaven Hill, though today no one knows why, said tour guide Bill Wrenn. Distillery founders liked the name of the former landowner, and decided to keep it.

The first Heaven Hill barrel rolled out in December 1935, one of just 18 barrels produced that year. The millionth barrel was filled in 1961, and in 2010 the number reached six million. One million barrels are “in stock” in the company’s 47 warehouses, with two new warehouses soon to be complete, all capable of holding 20,000 barrels, Wrenn said.

Distilling has not been done at the 50-acre Bardstown site since a 1996 fire destroyed the still house and seven warehouses, costing Heaven Hill14 percent of its product. Other distilleries shared their facilities until1999, when Heaven Hill purchased the old Bernheim Distillery in Louisville, where all distilling now takes place.

The Heritage Center offers a short film about the history of the firm, a warehouse visit and a tasting, where guides explain how to “nose” and mix bourbon, which Wrenn says is not intended to be taken “neat” or “straight” but with a “splash” of water. There’s also a three-hour Behind the Scenes Tour for connoisseurs, and half-hour Trolley Tours of Bardstown.

Next time, we’ll take a look at the other three Bourbon Trail Distilleries: Four Roses and Wild Turkey in Lawrenceburg and Woodford Reserve in Versailles.

From the Old World to the New
Whiskey historian Al Young of Lexington explains that although the words “Kentucky” and “whisky” have been closely intertwined for more than 200 years, the process of making the spirit goes much further. Distilling–from the Latin for “dripping aprar”–began centuries ago, possibly with the ancient Egyptians. Medieval Crusaders learned the process from Arabs in the Middle East and brought it back to Great Britain, where monks began making whiskey for “medicinal purposes”, he said.

By the late 1500s production was no longer limited to monasteries, and Europeans began immigrating to America in the 17th and 18th centuries, they brought the skill for making wine, beer  and spirits. In 1776 the Virginia legislature enacted “corn patch and cabin rights” to encourage settlement of “Caintuck” or Kentucke,” then a Virginia county. Anyone able to build a cabin, plant corn and harvest a crop by January 1778 could claim 400 acres.

Corn grew abundantly in Kentucky, so farmers turned to excess into whisky, needing only a still, a coiled copper tube and yeast. By the time Louisville was founded in 1783, residents were already distilling whiskey. Louisville builder and harbor-master Evan Williams became Kentucky’s first commercial distiller and there was soon many others. But the course of whiskey making was changed forever when a pastor named Elijah Craig accidently “invented” bourbon in 1789.

Craig decided to reuse barrels for aging his product (never done today). To remove traces of previous contents, he stuffed the barrels with straw and set it ablaze, scorching the wood (some sources say the barrels burned in a barn fire but he used them anyway). The barrels, bound for New Orleans, were sent through Bourbon County, where they were stamped. When they reached their destination weeks  or months later, the charred wood had lent the whiskey a smoothness and vanilla flavor that soon had people asking for “whiskey from Bourbon” or simply “bourbon.”

Today, Kentucky produces 95 percent of the world’s bourbon, $3 billion worth. 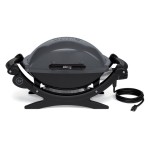 Why RV Travel Appeals to so Many

Why RV Travel is the Only Way to Go