One of the last remaining wildernesses can be witnessed in Denali National Park, as can be attested to by the Rogers’ last trip described in their epic travel diary, The Rogers’ Adventure commencing at their Tok to Fairbanks journal entry. Mountains, rivers and diverse wildlife decorate the pristine, remote area in Alaska that was originally designed as a safe habitat for Dall sheep.

Traveling into Denali National Peak takes visitors along the Tenana river valley, passing through several small towns such as Nenana. Native tongue translates “Nenana” as meaning point of camping between two rivers; referring to the intersection of the Tenana and Nenana Rivers. The city of Nenana is an important shipping port, with a variety of foods, freight and fuel coming in for distribution to small towns along the river. The town of Healy is another great tourist stop, well known as being the location for the largest coal mine in Alaska, the Usibelli Coal Mine. While the mine is not open to the public, it supplies millions of tons of coal toward the operation of 6 major power plants in the State of Alaska, as well as being a chief export item to Chile and South Korea.

Denali Park itself was established in 1917, although known at that time by the name of Mount McKinley National Park after President McKinley. It wasn’t until 1980 that the park was renamed Denali National Park. In the native Athabascan language, Denali means “high one”. Fifteen miles into the park brings the visitor to the Information Center, which describes the very essence of the Park; the seasons, the history, the culture of the Athabascan people and the wildlife.

Wildlife viewing is at its optimal peak in Denali National Park. Moose, sheep, wolves, fox, grizzly bears, lynx and much more call this isolated scenic treat their home. Many of the animals have adapted their very physiques in order to survive in this vast magnificent territory; Ptarmigans are the perfect example, changing their coloration from white during the winter to brown during the summer for camouflage.

In season, the Park is bedecked in numerous flower varieties and also berry bushes; blueberries and cranberries that entice and feed the grizzlies who live in the protective boundaries of Denali. Rock formations add great character and interest to the landscape along the Savage River that runs through the Park. Dall sheep can often be seen standing haughtily erect on the sheer cliffs of the mountains; the living reason for the Park’s very existence.

Tourists yearning a more adventurous exploration of Denali National Park can book a seat on board a shuttle bus that transports guests further into the Park about 60 miles. The trip is rustic and the travel rugged, as about 45 miles of the road trekking internally is all gravel. The bus ride takes around five hours, roundtrip.

Any traveler seeking to view one of the last remaining wilderness areas of the world can find that and much, much more when visiting Denali National Park in Alaska. Beautiful landscapes, diverse terrain and fascinating wildlife will delight anyone traveling to the “Top of the World”. 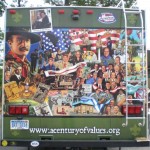 Haul in Halibut and Salmon in Ninilchik, Alaska