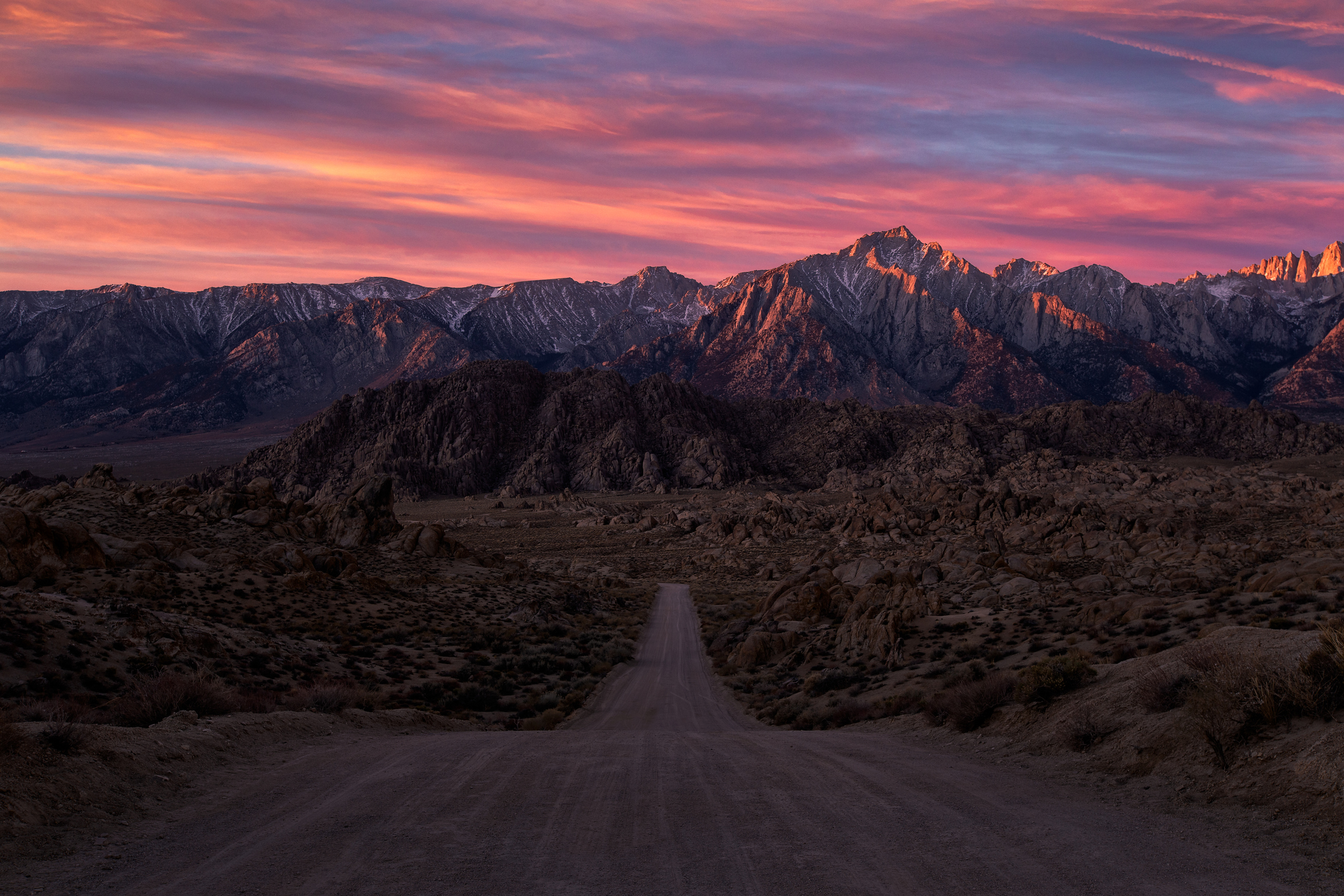 Come explore the other side of California from our beautiful year-round resort. The Eastern Sierra’s are home to some of the most beautiful and interesting locations in the world. From Mt. Whitney, the highest peak in the continuous 48 states, to the lowest elevation, Death Valley. Step into cinemas by visiting scenic movie sets of the old west, such as Lone Ranger canyon and, most recently, Django-Unchained. We’ve got a little something for everyone.

Whether you want to ride your ATVs through the endless desert, hike through the backcountry to pristine Alpine Lakes, tour the Alabama Hills rock formations, or just escape the city and find some small town charm; Boulder Creek RV Resort is the perfect home base for your RV.  Don’t miss the Civil War Era, Manzanar Camp, during your stay at the Boulder Creek RV Resort. We are conveniently located just south of Lone Pine, CA. 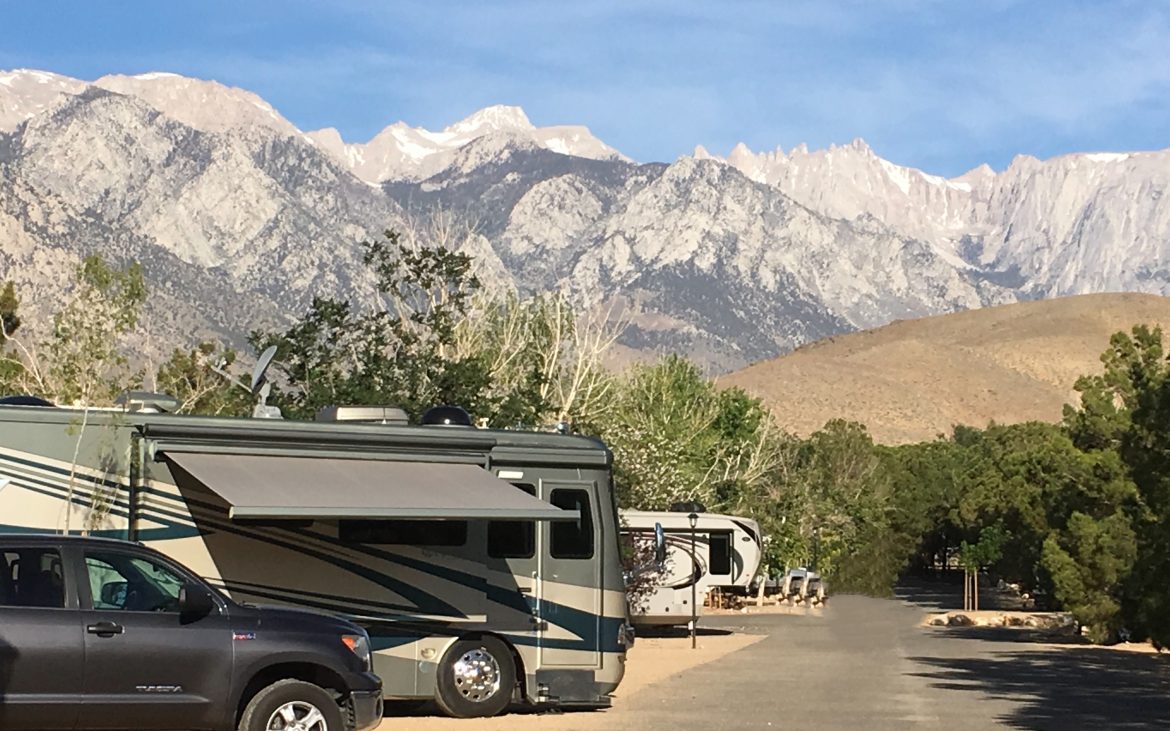 The town of Lone Pine was named after the lonely pine tree that was found at the mouth of Lone Pine Canyon. Unfortunately, that lone pine tree has long been gone, having been destroyed during a flood. In the 1870’s Lone Pine was a quiet but very active supply town, furnishing goods and services to the gold and silver mining communities of Kearsarge, Cerro Gordo (which is now a ghost town), Darwin and then later to ranchers and farmers. After the pioneers crossed Death Valley in 1849, they finally settled here in the Owens Valley. Death Valley, which has the lowest elevation in America at 282 feet below sea level, is just 100 miles from the highest elevation in the contiguous 48 states, Mt. Whitney at 14,508 feet. Both are accessible from Boulder Creek RV Resort along with many other activity options for everyone, young and seasoned, alike. 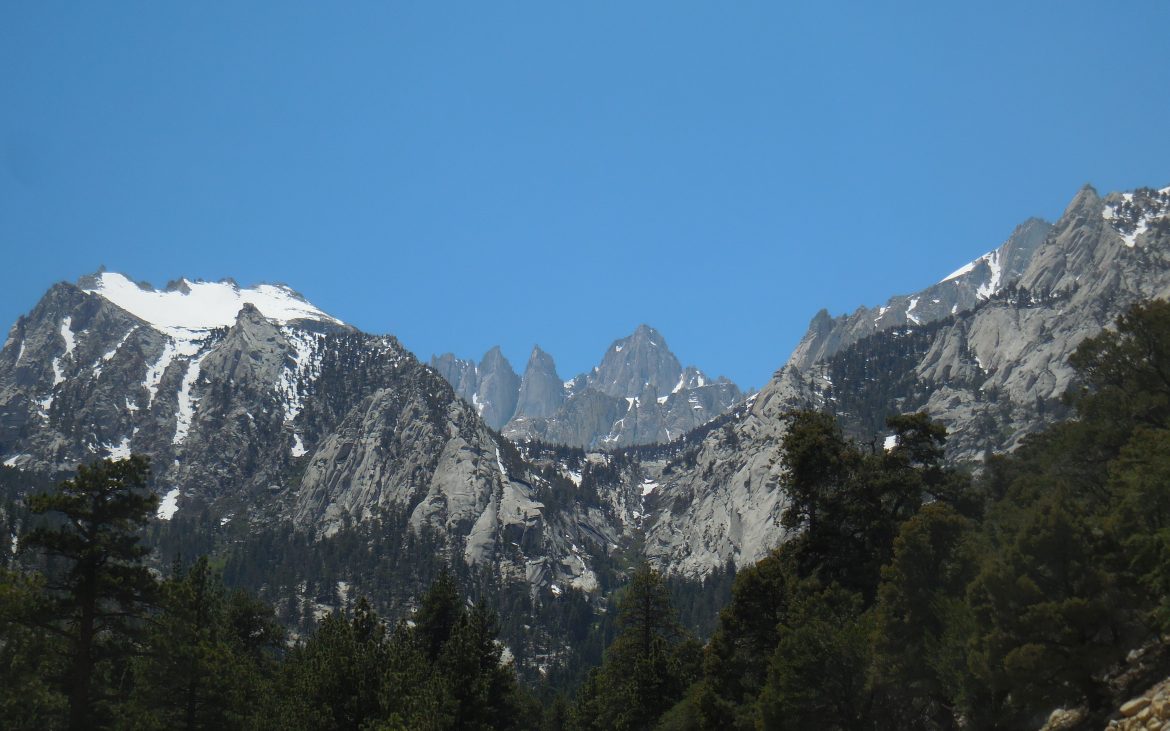 A History in Cinema

In recent years, Lone Pine became home to The Museum of Western Film History. This museum has an extensive collection of real movie costumes, movie cars, props, posters, and other memorabilia. This collection tells the story of filming in the area in and around Lone Pine from the early days of The Round-Up to the modern blockbusters of today such as Iron Man and Django-Unchained.  The Sci-Fi films Tremors and Star Trek were also filmed here.

In the museum, you will see memorabilia from, The Lone Ranger, Roy Rogers & Dale Evans and Hopalong Cassidy, to name a few. Take the self-guided tour of Movie Road and get a first-hand look at real shooting locations of a great many motion pictures filmed in the beautiful Alabama Hills.  These hills have been used for many foreign “look-alike” locations such as China and Afghanistan.  If you have seen an automobile commercial set in a desert scene, it was most likely filmed right here in our back yard.

Located just a short drive from Boulder Creek RV Resort, the Alabama Hills are one of the most unique rock formations in the world. They were named after a Confederate ship that was sunk by the Union Navy during the Civil War. The hills sprawl over miles and miles of desert and contain countless trails, roads, film locations, and breathtaking vistas. The easiest way to access the Alabama Hills from Boulder Creek RV Resort is to take a left towards the Sierras at the traffic light in Lone Pine and then turn off on Movie Flat Road. Maps of the area are available at the Inter-agency Visitor’s Center or at the front office of Boulder Creek RV Resort. This area is very popular for not only movie location film buffs, but also rock climbers, mountain bikers, and photographers.

The Alabama Hills is also the location of the Annual “Concert in the Rocks”, a can’t-miss event held the first weekend in June. Get your tickets early for this first-class, great time, “Sit down dinner and Entertainment” under the stars. 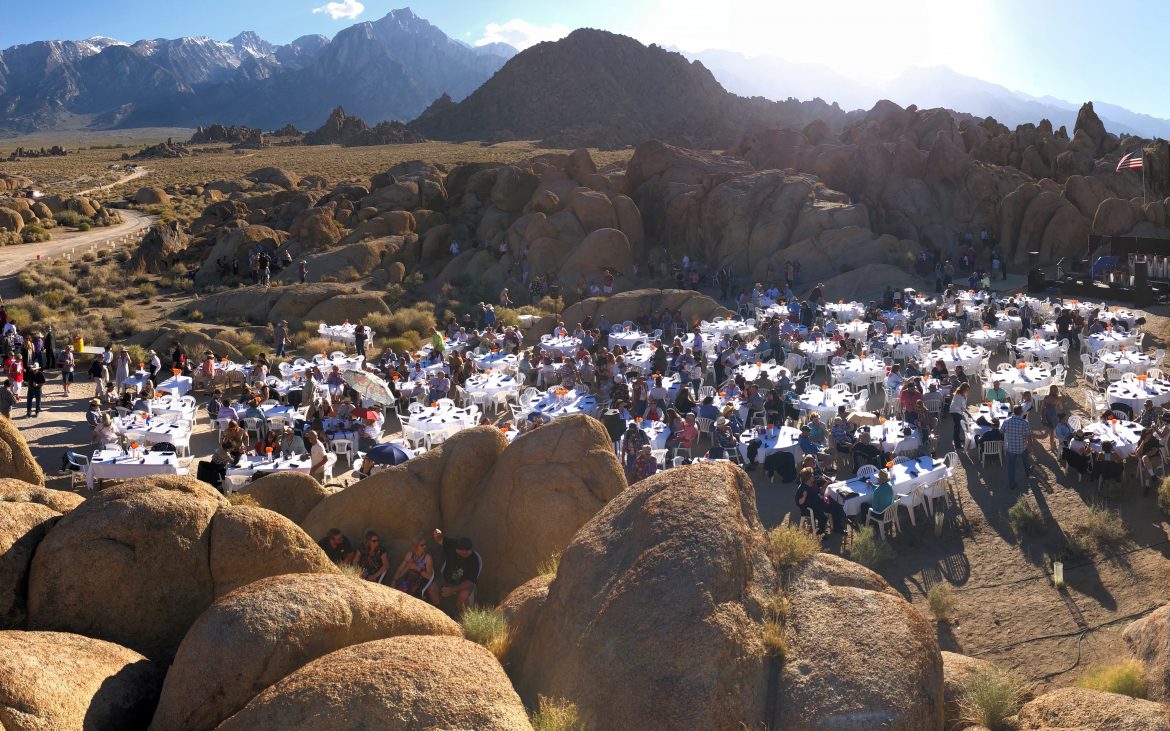 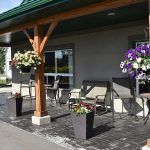 Camp 'N Class - A Perfect Stop on Your Way to Alaska Previous
Find the Right RV Site: 9 Things to Consider Before Making... Next 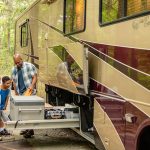