My first experience with a speed camera was in New Zealand while RVing with my granddaughter. Out in the middle of nowhere a sign warned that we were approaching one. Later in our trip, we read in the newspaper that a man was contesting his ticket – he claimed he had to speed to get around someone. I doubt he beat the ticket with that excuse.

Arizona has them set up on highways, more than any other state. In January, on our way to Quartzsite in our RV, and then back to Phoenix, we passed several on each trip. That is now changing. In an article at Yahoo News, Arizona is ending its program to use speed cameras along Phoenix-area highways and in vans deployed across the state. While governor, Janet Napolitano instituted the program, anticipating that it would bring in $90 million in revenues in the first year, it failed to meet its goal. In fact, many people ignore the tickets with apparently no consequences.

Governor Jan Brewer is ending the program when the contract is up on July 16. The program had received many complaints and has been the target of an initiative measure proposed for the November ballot. Local cities can still use speed cameras though not for both speeding and running red lights. (Now that makes no sense to me.)

Supporters say they slow down speeders and reduce accidents. Detractors see them as opening the door for wider “Big Brother” surveillance and are more about making money than safety. Personally, seeing how fast many Arizona drivers go, I’m in favor of them. The speed limit on I-10 west of Phoenix is 75 m.p.h. and, in most places, the road is two lanes each direction. You don’t get a ticket unless you are going at least 11 miles over the speed limit. Isn’t that enough leeway? 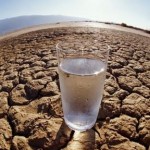 Are there creepy crawlies in your water tank? Previous
Family Fun in Northern New Mexico Next