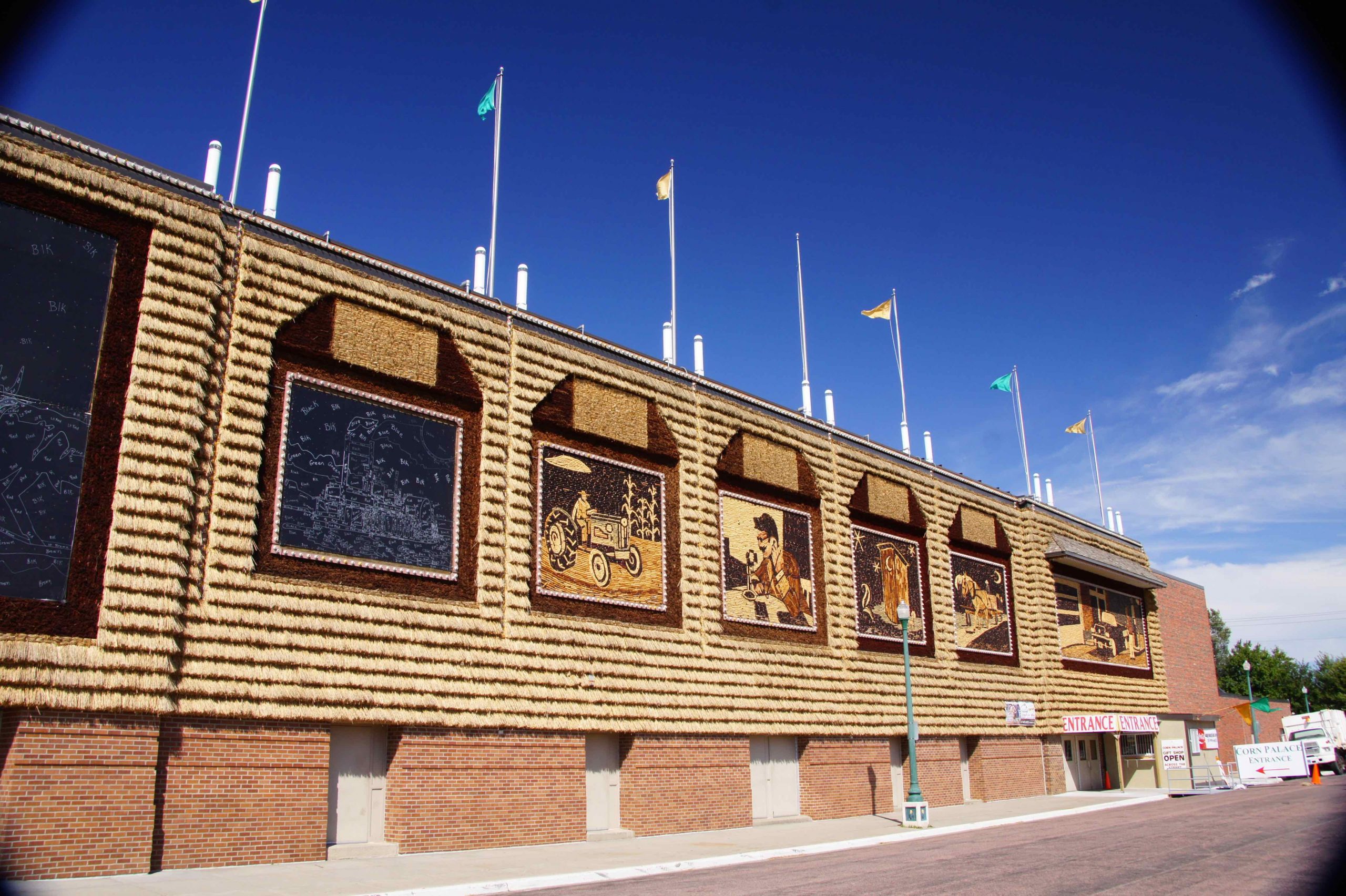 The world’s only Corn Palace is located in Mitchell, South Dakota.  The building was first constructed in 1892 when the town was only twelve years old. The Palace has been a tourist attraction ever since.

Originally, it was erected in an attempt to attract enough attention to the city to make Mitchell become the state’s capital. To their disappointment, Pierre was chosen by the powers that be. However, their Corn Palace was such a huge success it has survived every year since then as an attraction.

With this display, the town was also attempting to attract new settlers to the area by demonstrating the agricultural bounty that could be achieved in the fertile soil found here.   Each year, for the past 124 years, fresh corncobs in twelve different colors along with grains grown in the local area are attached to the exterior of the building. To maintain the purity of each corncob’s color, the corn is raised in separate fields by color so the colors do not intermingle. 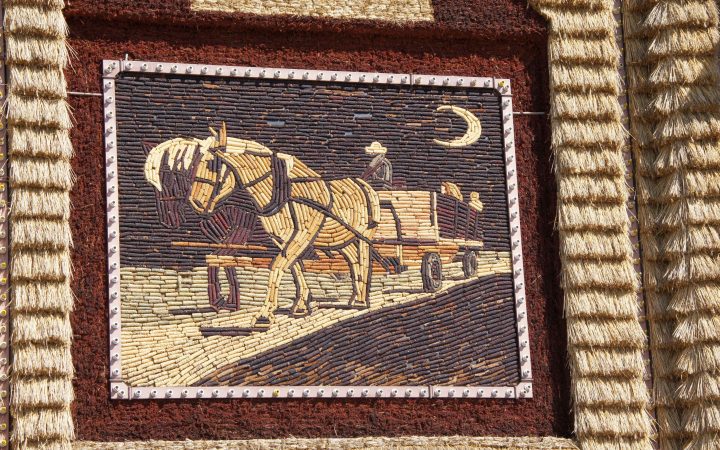 First a drawing is done on roofing paper attached to the exterior of the building. Then over 3,000 bushels of rye, oat heads and sour dock are tied in bundles and attached to the walls to create a surrounding picture frame for the corncob images.  Finally 275,000 ears of corn are sawed in half lengthwise, trimmed even, and nailed to the roofing paper according to the color pattern desired to reveal larger than life images along the sides of the building. 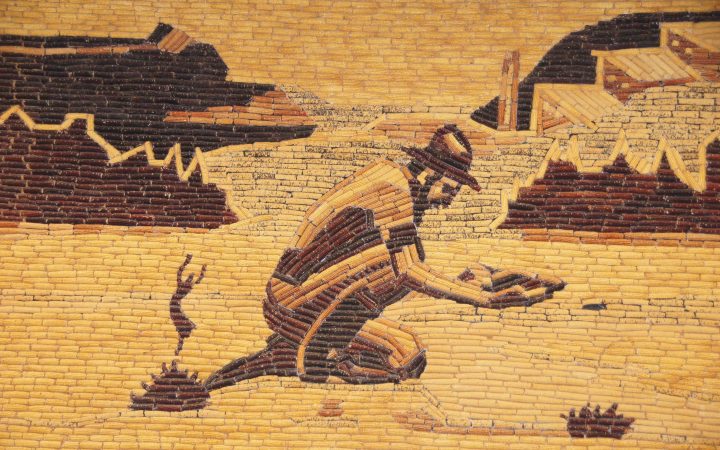 A new theme for the exterior pictures is chosen each year.  Local artists create each year’s folk art designs. Each fall the unveiling of the upcoming year’s theme is unveiled during a fall festival held after the local harvest.

Inside, the town holds stage shows, basketball games, trade shows and more that attract thousands of visitors per year to Mitchell. This unique attraction is indeed an amazing sight to see! Close by you’ll find that any of these Good Sam Parks are great options for spending the night in order to see the Corn Palace: Famil-E-Fun Campground and RV Park, Rondee’s RV Park, or R&R Campground & RV Park. 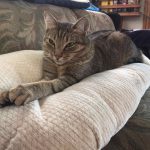 5 Ways to Keep Your Cat Safe and Happy on the Road Previous
Carefree RV Resorts is now Sun RV! Next 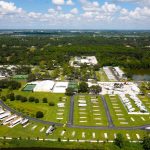