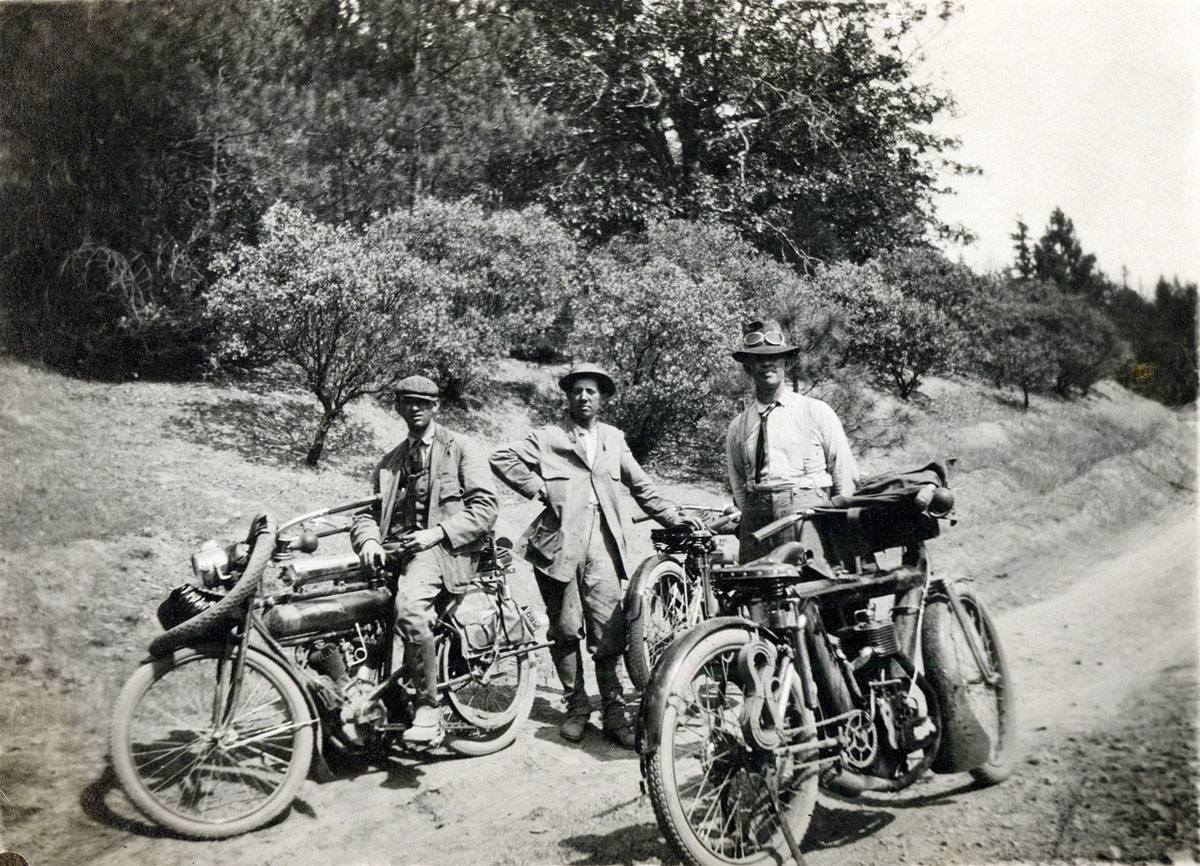 Motorcycles. Some people love them and some people hate them. If you’re one of those who enjoys the thrill of travel on two wheels and the wind in your hair, you know a special kind of joy and freedom those who confine themselves to four wheels (or more) will never experience. If you fall into the category of people who just don’t “get” the love of motorcycles… as the saying goes, if I have to explain it to you, you wouldn’t understand anyway.

But for those who do get it, the fascinating National Motorcycle Museum in Anamosa, Iowa is well worth taking the time to get off the Interstate for a visit. Here you will find a marvelous collection of antique and classic bikes chronicling every phase in the history of motorcycles.

Founded in 1989 by people who love motorcycles, the museum is committed to honoring the builders, racers, and riders who laid the groundwork for today’s modern motorcycle. Starting with just forty motorcycles when it opened, today the museum’s collection has grown to nearly 200 bikes, ranging from rare one of a kind antique motorcycles to custom choppers and vintage models from the United States and abroad.

When you step thorough the doors of the National Motorcycle Museum you are greeted by a replica of a wooden 1885 Daimler Einspur that was the forerunner of today’s motorcycles. Built by the famed German engineer Gottlieb Daimler, who has been called the Father of the Motorcycle, the bike had a top speed of 7½ mils per hour and used an alcohol burner to heat a glow plate for combustion.

Once on the museum’s two exhibit floors, you are transported back in time as you marvel at the bikes on display dating back to 1903. Here you will find rare motorcycles you never knew existed, including a steam-powered motorcycle built in 1934, a 1916 Thor, 1910 Sears belt drive motorcycle, and a 1912 Henderson so original that it still has the same tires it came out of the factory with, almost a century ago!

Several famous bikes are also on display at the museum, including the original Captain America chopper from the 1969 movie Easy Rider. Actually, four or five identical bikes were used in the film, due to the hard use they withstood. The bike on display at the National Motorcycle Museum is accompanied by a certificate of authenticity signed by the movie’s star, Peter Fonda, stating that this is the only surviving original one left, and was used in the famous crash scene at the end of the movie. When filming was done, Fonda gave the motorcycle to his friend, actor Dan Haggerty, who restored the motorcycle. The certificate of authenticity claims that no other authentic Captain America exists, though we saw an identical motorcycle last year at the Riverside Casino Auto Museum in Laughlin, Nevada that also had a sign claiming it had been used in the movie. I am not sure if these are the same bikes or not, and the lady on duty at the museum could not tell me. I understand that there is a second (or third) Captain America that is brought to the big motorcycle rally in Sturgis, South Dakota and is also proclaimed to be from the movie. I’ll give credence to the bike at the National Motorcycle Museum, since it is the only one I have seen with any documentation of its history.

Another famous bike on display is a 1972 Harley Davidson XR750 used by daredevil stuntman Evel Knievel is some of his thrilling motorcycle jumps.

Many of the greatest classic motorcycles can be found in the museum, including several models of Indians, such as a 1948 Indian Chief. The big V-twin Chief was introduced in 1922 and dominated the marketplace for more than 20 years. Following the end of World War II, it was the only model of Indian motorcycle that returned to production.

Fans of metric bikes will find much to appreciate at the National Motorcycle Museum, which displays an impressive number of Triumphs, Nortons, BMWs, Moto Guzzis, as well as the popular Japanese bikes.

The museum’s collection is representative of all areas of motorcycle sports, from racing to cruising to radical custom choppers. There are hill climbers, dirt bikes, flat track racers, long distance touring machines, and a couple of wild custom choppers built by noted designer Indian Larry Desmedt.

If you prefer something with a little less fury, the museum’s collection of classic motor scooters may be more your style. The models on display include a nifty little 1946 Cushman Series 50, nicknamed the Turtleback because of its streamlined rear engine cover design.

For those who enjoy seeing something really unique, the museum has plenty to please, including a 1972 Harley Davidson snowmobile, and a one of a kind “tree sled” built from a 1946 Harley Davidson that features bulldozer style treads and a ski mounted on the front forks. The contraption was used in a Canadian logging camp to harvest trees.

One beautiful exhibit is a one of a kind Harley Davidson Softail built by National Motorcycle Museum Hall of Fame inductee John Reed to commemorate the 50th anniversary of the Sturgis Motorcycle Rally. The gorgeous motorcycle features 24-carat gold plating and custom paint.

Do you remember the old Johnny Cash song One Piece At A Time, about the Detroit auto worker who smuggled enough parts out of the factory to build his own Cadillac?  Visitors to the National Motorcycle Museum will find themselves humming that old tune when they see the 1940s-era homebuilt car on display that includes components from fourteen different automobiles, and was built on a 1934 Harley Davidson 45 Servi-Car chassis and drive train. The car still has the original kick start!

For those who appreciate cycles that have three wheels, a neat old 1960 Harley Servi-Car that was originally used by a Wisconsin police department, and a World War I 1918 Harley with as sidecar are sure to please.

Besides the motorcycles on display, the museum’s collection of memorabilia is outstanding, including motorcycle parts, over 30 vintage engines, advertising signs, and a complete early day Harley Davidson motorcycle shop!

Even if you are not a confirmed motorcycle fan like myself, by the time you finish touring the National Motorcycle Museum, you just may find yourself thinking about how much fun it would be to get out on some back road and lean through the curves astride a powerful two wheel steed.

The National Motorcycle Museum is open daily all year long. Admission is $7 for adults, and children 12 and under are admitted free when accompanied by a paid adult admission. The museum is located at 200 E. Main Street in Anamosa. Parking is limited at the museum, but there is a WalMart SuperCenter at the junction of US Highway 151 and State Route 64 that has room to park an RV (with permission) while you tour the museum, and across the intersection, the former WalMart store and parking lot are vacant. Park your RV in either place and drive your tow vehicle or dinghy the mile or two to the museum. For more information on the National Motorcycle Museum, call (319) 462-3925 or visit their website at www.nationalmcmuseum.org.

And if out riding on the road, don’t forget safety is the most important!