Museum in the Wayback: The Magnificent Makah

For generations the expert Makah mariners and navigators paddled the turbulent seas off the north coast of Washington in dug-out cedar canoes hunting whales and seals and fishing for salmon and halibut. They hunted the animals that roamed the forests around them, and gathered berries and plants according to the region’s natural cycles. As was common among indigenous people, they utilized everything that they took from nature’s offerings, long before people used words like sustainable, conservation, and environmental.

In the early 1800s, an estimated 4,000 Makah lived along the Pacific Ocean and the Strait of Juan de Fuca in the state’s northwestern-most corner. Villages consisted of extended families spanning several generations, living together in cedar planked longhouses as large as 30 by 70 feet.

But contact with early European explorers decimated the Makah. Thousands died from diseases from which they had no immunity: whooping cough, smallpox, and influenza. Many of the old cultural ways were lost.

Then in the 1970s, winter storms eroded away a massive mud slide that had buried the former Ozette village in the early 1700s, revealing preserved artifacts that illustrated Makah life from before contact with the white man. These priceless, archeologically important finds, cradle boards, fishing, whaling, and sealing gear, baskets, hats, looms, toys, and tools—over 55,0000 individual items that have been collected, identified, and catalogued–are now part of the Makah Museum, along with a full-size replica longhouse, four cedar dug-out canoes, and recordings of Makah songs and language.

The Museum, on the reservation in Neah Bay, is rated as the finest tribal museum in the country as well as in the top ten of all museums of its size. Open daily from Memorial Day through September 15th, closed Mon. & Tues. the rest of the year. The Museum Shop contains carvings, jewelry, and other creations of local Makah artists. Camp at the Hobock Beach Resort on the reservation or at several waterside choices along the Strait of Juan de Fuca east of Neah Bay. 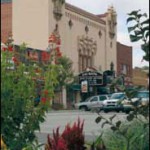 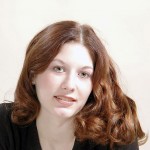