Like Albuquerque’s renowned Balloon Fiesta, the Havasu Balloon Festival turns the Southwestern sky into an airborne parade with the world’s oldest flight technology dressed up in fanciful colors and contemporary shapes.

Beyond experiencing the thrill of more than 60 thermal-powered aircraft aloft above Lake Havasu, members will get a lift knowing their camping fees support deserving charities.

One of the biggest events in the region, the Havasu Balloon Festival was launched by the Lake Havasu City London Bridge Lions Club and the London Bridge Rotary Club as a way to fund local charitable groups. Four years later, that’s still the mission, with the 2014 festival operated by volunteers and proceeds going to fund groups from Meals on Wheels to Big Brother/Big Sister.

Good Sam anticipates as many as 500 RVs at this popular festival; already 260 members have registered to camp out for the festivities. This number exceeds all of last year’s total of 242 RVs camping out for this colorful event, reports havasunews.com.

Having 260 RVs already signed up for the Balloon Festival is amazing because the event usually gets the bulk of RV enthusiasts signing up closer to the event, according to the organizers.

Lake Havasu Marina has been the main location for people to park their RVs for the previous years of the festival, but with this year’s participation of Good Sam, the overflow Site Six parking lot and an area at Crazy Horse campgrounds are being opened up as well.

Dramatic morning launches, optional balloon rides, and magical evening balloon glows give spectators an up-close look at these inflatable crafts that ride on the wind.

Beyond the festival’s sky-high pageantry, down-to-earth activities include a carnival, a car show, a food court, hundreds of vendor booths, live musical entertainment, and much more.

Festival-goers can take advantage of Lake Havasu City’s other amusements, from Segway rides to jet-boat trips to tours of the legendary London Bridge, transported stone by stone from England’s capital city.

The Parker Dam was completed in 1938, holding back the Colorado River to form Lake Havasu. In 1964, Lake Havasu City—a 2,500-acre planned community—was founded on the lake’s shore, around the core of a turn-of-the-century mining town.

One of the most interesting attractions in Lake Havasu is the London Bridge, built in 1831 and sold by the City of London—where it had been sinking at a rate of around eight inches a year—in the 1960s. Since 1971, when its reassembly was completed, the arched bridge has spanned Lake Havasu, adding to the city’s tourist appeal.

Dubbed the “Personal Watercraft Capital of the World,” Lake Havasu is one of the Southwest’s premier locations for water sports, including wakeboarding, waterskiing, jet skiing, swimming, and boating of all kind.

All types of watercraft are available for rental on the lake itself, from kayaks to Jet Skis to pontoon boats.

Good Sam Club members will pay $20 per RV for their site. All of the proceeds from the members paying $20 will go to charities through local Rotary and Lions Club. The city donated the land for the RVs to use at no cost.

Newcomers to Arizona are often struck by Desert Fever.

Desert Fever is caused by the spectacular natural beauty and serenity of the area.

Early symptoms include a burning desire to make plans for the next trip “south”.

There is no apparent cure for snowbirds. 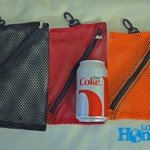