Today, Arizona’s Grand Canyon marks a century since its designation as a National Park on February 26, 1919. Ranked as the second-most popular national park in the United States, the iconic gorge attracts millions of tourists every year to marvel at its sheer rock walls and seemingly endless vistas.

For the Good Sam team, the Grand Canyon is a special place. Several Good Sam Parks welcome RVers in the area, and many of us have fond personal memories of visiting the 277-mile-long marvel. My family, for one, made the journey to Mather Point on the South Rim in 2006 on a clear and crisp April morning. We took lots of photos of the park, but nothing compares to the sheer magnitude of the views when seen in-person. My daughter, who’s now 16, still possesses the prized Grand Canyon jigsaw puzzle that we bought for her at the awesome Visitor Center gift shop, just a short walk from the canyon rim (we’ve lost a few of the puzzle’s pieces over the years). 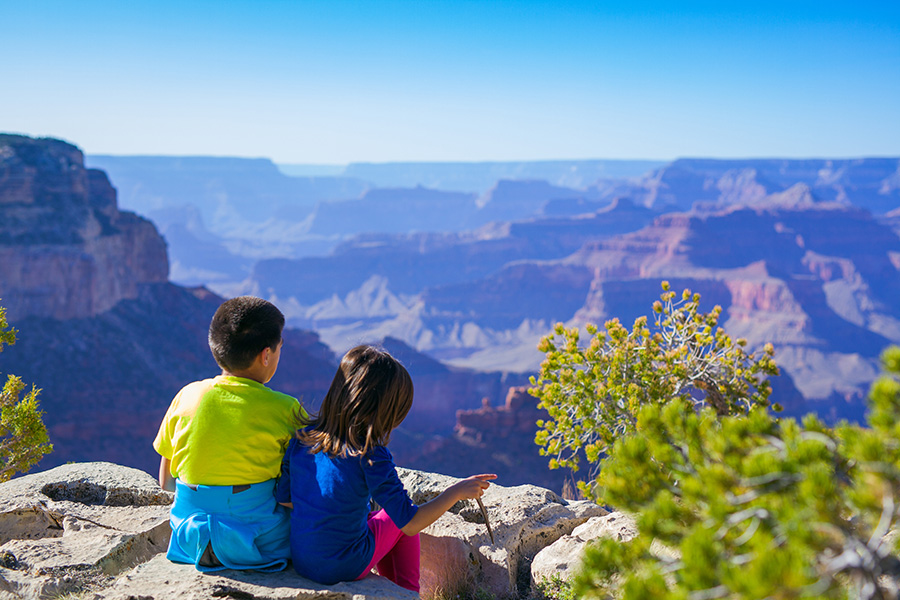 This year, we’ve shared lots of ways to experience the Grand Canyon, from stargazing its skies and hiking its trails to exploring the surrounding attractions. If you’re planning to make your own memories at the park this year, check out its awesome history and time your visit with one of the centennial celebrations taking place this year.

10 Big Events That Loom Large on the Grand Canyon Timeline

Intrepid river rafters and daredevil aviators are among the thousands of people who have shaped our perception of today’s Grand Canyon. Here are 10 of the biggest benchmarks: 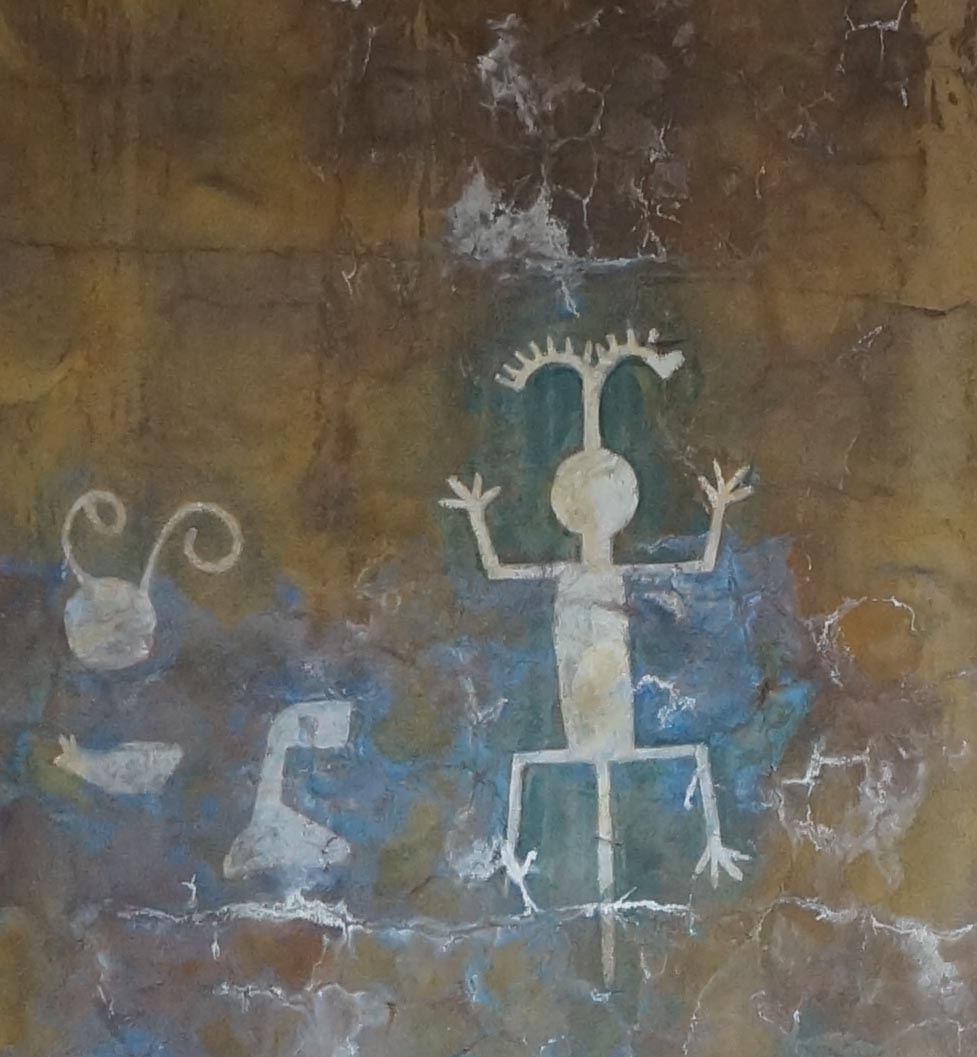 • 4,000 Years Ago: Eleven associated Native American tribes thrive in the Grand Canyon area. Today, many attractions in the area celebrate this legacy, and the Hualapai Tribe’s thrilling Skywalk is one of the canyon’s most memorable spots.

• 1540: Led by Hopi guides, Spanish explorers journey through the Grand Canyon. According to the National Parks Traveler, the party of 13 travelers never reached the river below. Some historians speculate that the Native American guides thwarted the Europeans’ aims because the land below was sacred. Hopi medicine men continue to honor this space with special migrations to shrines and ancient settlements. 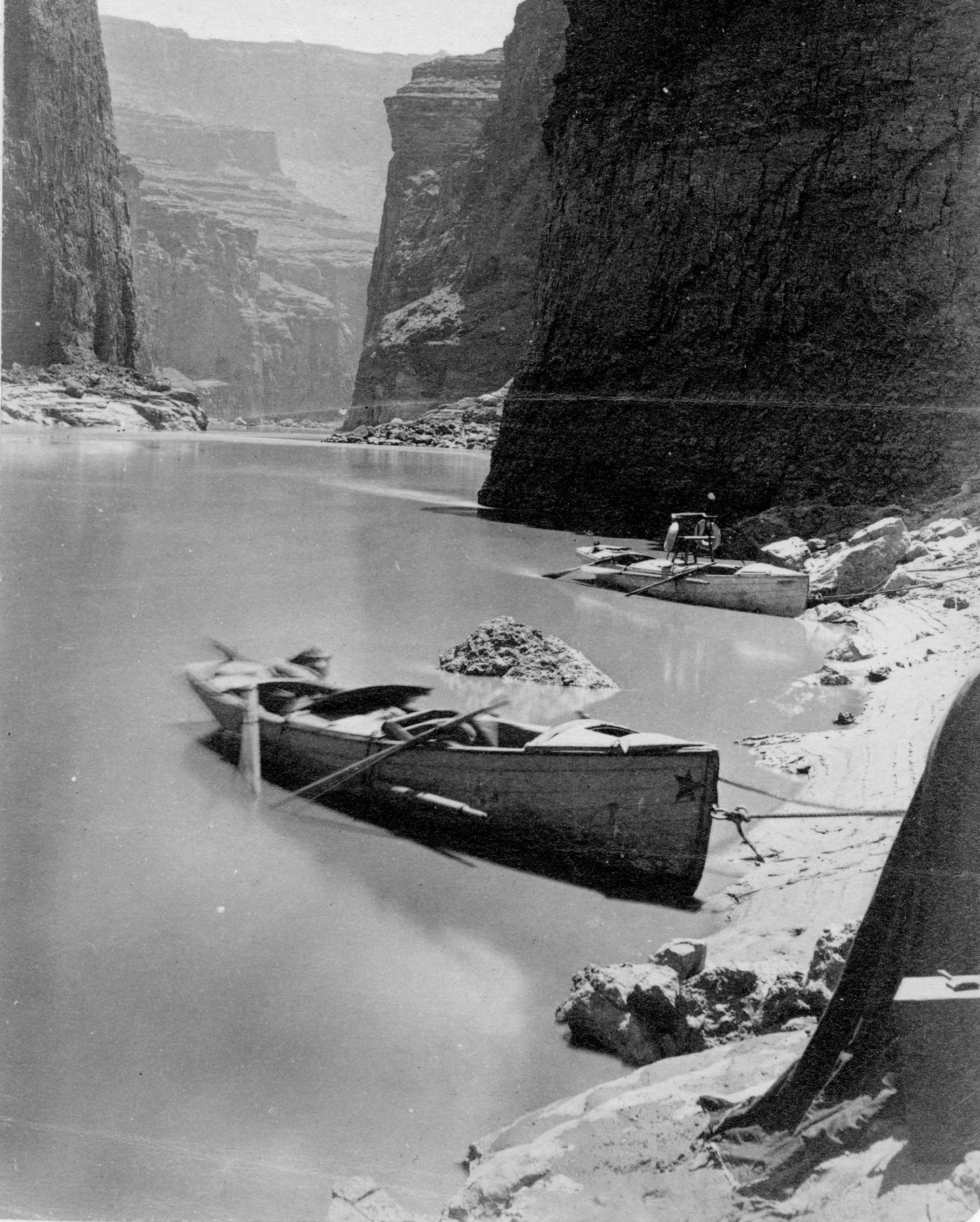 Boats from the Powell expedition in the 1800s. Photo: NPS

• 1869: American naturalist John Wesley Powell leads the first scientific expedition on the Colorado River through the Grand Canyon. Powell came up with the “Grand Canyon” name, but his trip was hardly the stuff of vacation memories: the party of nine men ran low on supplies and had to navigate the harrowing rapids of the area now known as Granite Gorge. The hardships prompted three men to defect from the trip.

• 1902: A U.S. Geological Survey party undertakes the first crossing from one side of the Grand Canyon to the other. The “rough and tumble journey” entails the use of pack mules through Bright Angel Canyon. Today, Bright Angel Trail is one of the most popular hiking trails in the park.

• 1908: President Theodore Roosevelt declares the 800,000 acres of the Grand Canyon a national monument. “Let this great wonder of nature remain as it now is,” he said. “You cannot improve on it. But what you can do is keep it for your children, your children’s children, and all who come after you, as the one great sight which every American should see.”

• 1919: The Grand Canyon National Park is established and soon afterward receives 44,000 visitors — just a hint of the massive popularity that would follow in the coming century.

• 1922: R.V. Thomas, a commander of the British Royal Flying Corps, descends into the canyon in a biplane and lands in the canyon floor. In the succeeding years, aerial tours of the canyon via plane and helicopter grow in popularity. 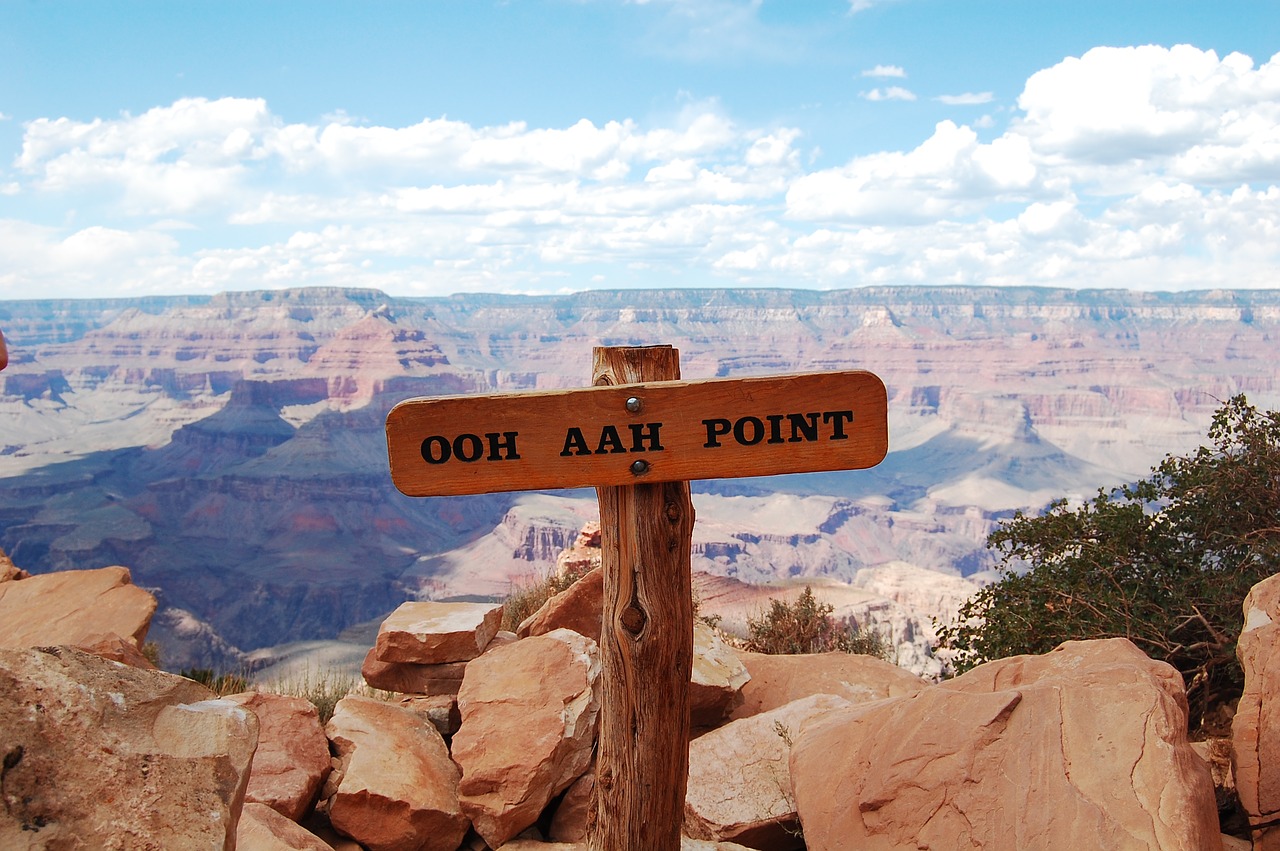 • 1925: The Kaibab trail is completed. Hikers through the years become familiar with the route’s colorfully named highlights, including “The Chimney,” “Ooh-ahh Point,” “Windy Ridge,” “The TrainWreck,” etc. 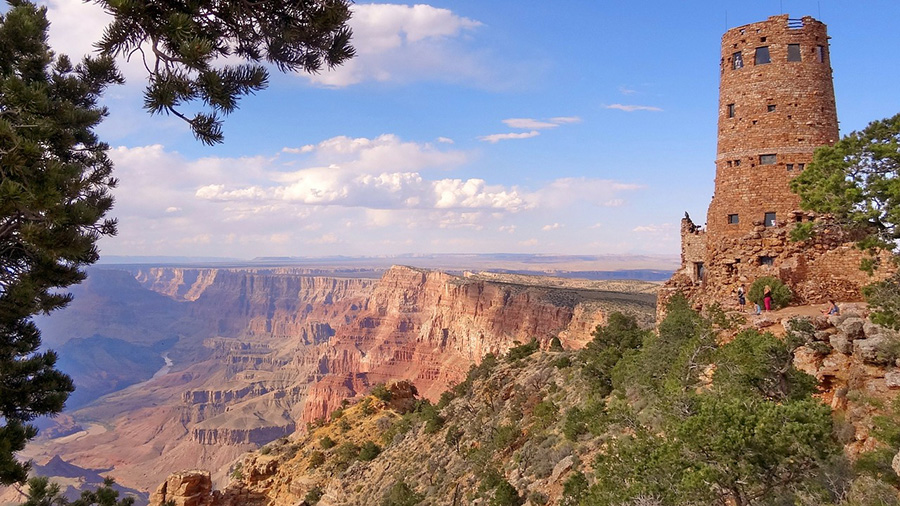 • 1932: The iconic Desert View Watchtower is built on the eastern end of the South Rim. Designed by architect and interior designer Mary Jane Colter, the 70-foot-tall structure resembles an Anasazi watchtower. Visitors can climb to the top for unparalleled views.

The National Park Service is hosting several special events this year. Here are just a few:

Everyone can join an event featuring cultural demonstrations from traditionally associated tribes, a concert by the Flagstaff School District Choir and a commemoration ceremony.

The annual AZ Game and Fish Outdoor Expo will feature a special Grand Canyon National Park booth with updates on trip planning and general information about the area’s outdoor recreation.

The park will host demonstrations, games and information sessions on national environmental initiatives on the 49th anniversary of Earth Day. 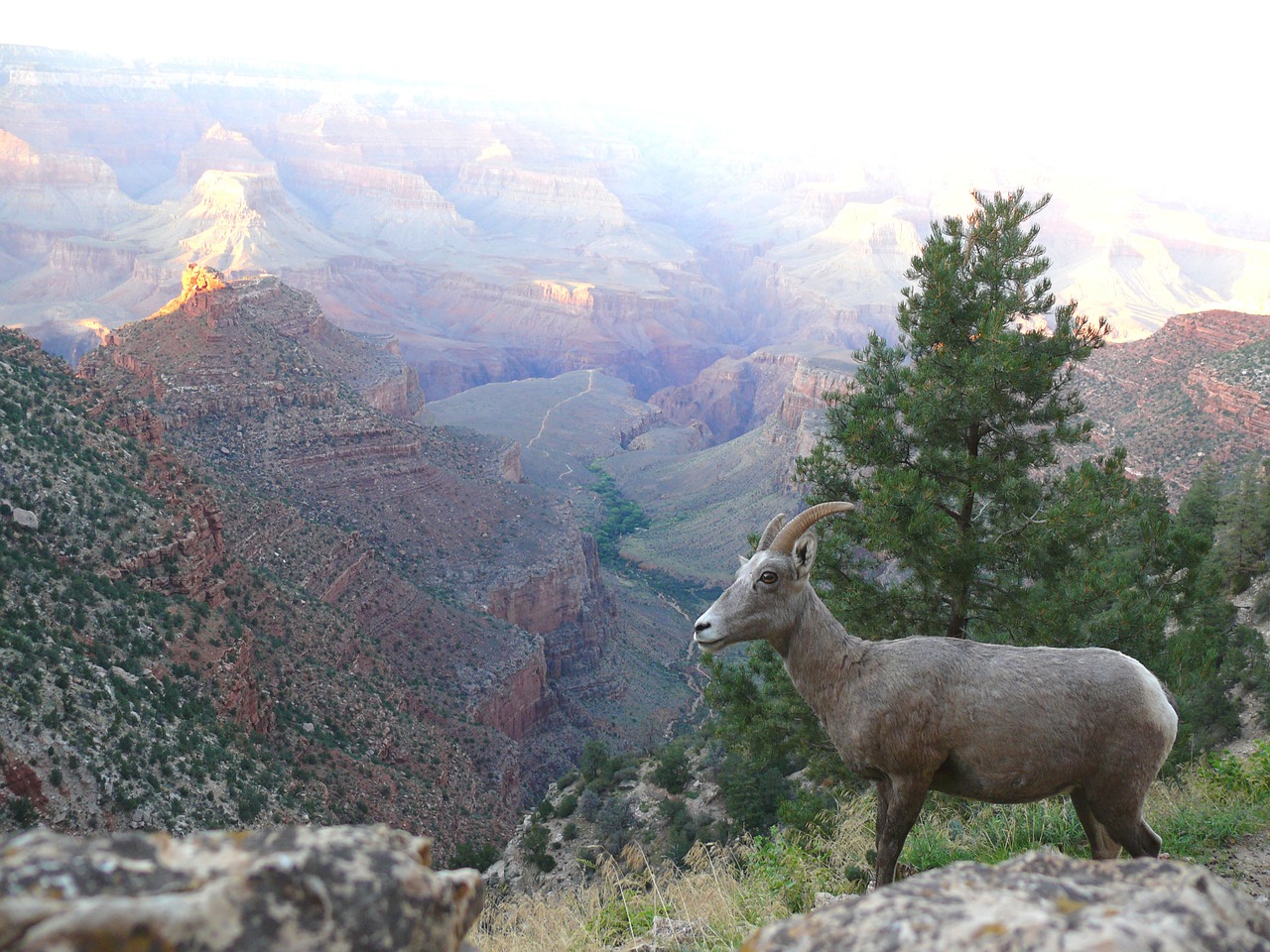 Wildlife biologists will show off some of the habitat’s most amazing animals. Learn about local birds, mammals, reptiles and insects in this free event.

The Grand Canyon joins other national parks across the United States in opening their doors for free admission.

See exhibits of art inspired by the canyon in this free event.

Learn all of the ways you can travel green and help preserve and protect the canyon’s environment.

In honor of America’s warriors, the Grand Canyon joins other national parks in opening its doors for free to all visitors. 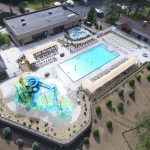 Make a Splash at Cascade Cove Aquatic Park Previous
Enjoy All That Houston Has to Offer from Katy Lake RV... Next 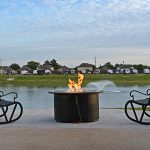