The RV lifestyle has been adopted by people involved in a variety of different professions. From entertainers and professional athletes to sports commentators, some of the best known and famous celebrities make use of RVs for a variety of reasons.

The Madden Cruiser at the Super Bowl XXXVI in New Orleans, LA., on Sunday February 3, 2002. (Photo by Frank Micelotta/ImageDirect)

John Madden, the football and broadcasting legend, is famously afraid of flying. In order to travel to NFL games to call, he got around in “The Madden Cruiser,” a tour bus that doubled as an RV with all of the comforts of home.

Oscar winning actor Matthew McConaughey worked and lived in his tricked-out International CCD 28 Airstream trailer, nicknamed the Canoe, which he kept on a Malibu lot near prime surfing terrain.

Action star Vin Diesel of The Fast and the Furious fame has a customized and insanely over the top, two-story, 1100 square foot mansion-on-wheels. Once on location, the roof pops up and walls slide out to make way for additional floor space.

Will Smith earned headlines over his ridiculously huge double-decker trailer. It could definitely serve a person well during any cross-country pilgrimage.

U.S. Supreme Court Justice Clarence Thomas, has been exploring America since 1999. Together with his wife, Justice Thomas have visited 27 states in a 40-foot Class A.

Joining this list of famous RV owners is professional golfer, Rory Sabbatini. His customized motorhome was the perfect way for him to connect with his wife and children while on tour.

Some vehicles achieve iconic status based on their power and performance. Others become famous simply because they look really fun to drive. The Oscar Mayer Weinermobile falls into the latter category. There have been numerous versions of the Wienermobile since 1936, when Carl Mayer, Oscar’s nephew, oversaw the construction of the first such promotional vehicle.

Pamela Anderson’s highly customized Airstream trailer was a gift from Hugh Hefner. The Lovestream came with a number of unusual and unique features like mirrored ceilings, white carpeting, playboy bunny logos on some of the furnishing, a round vibrating bed, stripper pole, and a mirror ball.

Dolly Parton isn’t famous for doing anything small, and that extends to the extravagant RV she uses on tour. You can see it in the photo above—and there’s no mistaking this RV for anyone’s but Dolly’s.

Skinned in aluminum to reduce weight and enhance appearance, the 1939 Charles Lindbergh Travel Trailer was recently up for auction in Carmel, California. This legend’s trailer was expected to fetch anywhere from $150,000-200,000.

Twentieth Century Fox spent a rumored $75,000 in 1960s dollars ($560,000 in today’s dollars) to build a fully customized 36-foot dressing room/trailer for Elizabeth Taylor during the filming of Cleopatra. Designed in the theme of the Egyptian/Roman epic, the 36-foot Aljo trailer featured rose-colored carpeting, hand-painted ceilings, hand-painted bedroom murals, full columns mounted on the walls, and other columned furniture and decorative pieces.

A 1931 Chevrolet based custom made housecar was one of the enticements offered by Paramount Studios to get Mae West to leave the Vaudeville circuit and begin to make movies from them. Designed as a chauffeur-driven lounge car, it features a hot plate stove, an icebox, and a small table to enjoy lunch.

In the early ’80s, Francis Ford Coppola had a special Airstream trailer commissioned which was subsequently fitted as a mobile film editing suite. It was nicknamed the Silverfish.

Nowadays, you can’t help but pay a lot for a feature-laden motorhome. However, the expensive madness goes over the top with the opulent slightly bizarre luxury eleMMent Palazzo. Recently sold for a staggering $3 million in sunny Dubai, the Palazzo features two floors of entertainment and extravagance, with a giant master suite, multiple bars, and a liftable “flybridge” lounge up top. A step up from the Palazzo is the eleMMent Viva–V.I.P. shuttle.

Paris Hilton and Nicole Richie took an Airstream with them when they filmed their Simple Life road trip show for MTV. Along similar lines, other celebrities have also taken fondly to RVs. Brad Pitt owns a vintage 345 Airstream that he likes to call The Love Sub. According to sources Brad lived in the Sub for a short while during 2005, after his split from Jennifer Anniston.

Mouth of the South (Largemouth, that is!) Previous
DEAL: 40% Off Stealth / Wildlife Cameras! TODAY ONLY Next 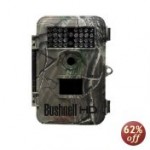 A Brief History of RVing