Diesel Pushers Owners. What The Manuals Don’t Tell You.

Operation manuals are a great help in getting the most out of a product.  By studying these one can learn how to properly use the product without exceeding its specifications and causing damage.  However, there are things that are not necessarily covered and are either common sense, assumed knowledge or just plain missed.

So, let’s look at a modern class A diesel pusher.  It has air suspension and air brakes.  In most cases the manuals do not state the following.

Air Brakes: Do not exert hard pressure on the brake pedal while the park brake is applied.  Doing so may multiply the power of both the park brake spring and the air brake chamber which could cause damage to the mechanical portion of the “S” cam assembly.  Light to moderate pressure only is required while disengaging the park brake.

Airing Up:  This is when you air up to ride height from a height lower than that used for travel.  Do not drive the vehicle until the suspension is fully inflated and at ride height.  This can generally be confirmed by in-dash indicators, if so equipped, or the sound of the compressor unloading.  This requirement is to avoid two possible issues.  The first is the possibility of contacting the fender with the front tires if steered to either side.  The second issue is the acute angle that the drive shaft U joints are at when aired down.  High torque at this steep angle may cause premature U joint failure.  Moving a short distance relatively straight under very low power however, is acceptable.

Engine Shutdown:  When running a diesel engine hard, shutting down after a short cooling time is generally known and stated in many manuals.  However, many times, the cooling sequence is done at an engine speed above that of a normal idle speed.  This is generally done using the cruise control idle feature.  Do not shutdown at this setting.  It is easy to forget you are at the higher idle setting.  Reduce the engine speed to normal idle prior to stopping.  Failure to do this may cause premature turbo charger bearing failure.  This is caused by the turbo turbine continuing to spin briefly after the engine and oil pressure have stopped.  The turbo turbine shaft actually rides on a film of oil.  This is due to the extreme RPM that they spin at, usually topping 120,000 RPM or higher.

Checking The Transmission Oil Level:  As most are aware, checking the transmission oil level on most modern 3000 or 4000 series Allisons can be done electronically at the keypad.  It does not state in most cases that this is the preferred method and is far more accurate than using the dip stick.  So why then is there a dip stick?  It is a method to determine that there is sufficient oil to operate from cold.  The electronic testing feature requires the transmission to be at 140 degrees F. minimum.  This is best accomplished after driving some distance.  Merely park on a level surface in neutral, allow a two minute idle time, and then depress both the up shift arrow and the downshift arrow simultaneously.  (Providing the vehicle is equipped with this feature)

DP Fueling:  Most, if not all, diesel pushers are equipped with duel fuel inputs, one on each side.  These both lead to one common fuel tank.  This arrangement is for the convenience of the coach operator allowing either side to be positioned at the pump.  Truck fuel lanes typically have dual fuel hoses, one at each side.  They are for filling truck tractor saddle tanks, not the configuration found on a diesel pusher.  Do not attempt fuelling both sides at the same time.  Additionally, do not pump fuel into one side with the other not capped.  A fuel spill will result.

Tire Pressure:  Within the coach, usually on a label pasted on the inside of a cupboard, the tire pressure for the vehicle may be found.  The manual states that the tires should be maintained at the required pressure.  No where, however, does it say that all the tires will leak at a slow rate and will require a top up every once and a while.  This is because the oxygen, which in part makes up the air in the tire, passes slowly through the tire casing reducing the pressure over time.  Oxygen monocles are small enough to do this on an ongoing basis.  This information would be good to know for those that were not aware of this phenomenon.

Auto Start Genset:  Very little information appears about this option.  First, if enabled, it starts automatically when the house voltage reaches a low level.  While 12.3 VDC is about 50% charge, that value is based on a rested state.  But, considering the coach is operating with a normal load, 11.5 to 11.7 volt setting is about equal to the 12.3 resting state level.  The manual does not mention this.  Secondly, those units wired also to respond to thermostate temperature A/C operation, little or no help is available in the manual.  Arming this feature will automatically start the genset when A/C is called for and automatically shut it down when the set temperature is made.  This is a great feature for dry camping in hot weather.  The bedroom air can be programmed to keep you cool all night without running the generator continuously.  A great feature with so little direction.

Well, I’m sure there are more items that either are not covered or not specifically addressed in an understandable manner.  Of course, many RV owners never read half the manual anyway, and particularly what may seem to be a simple topic.

So, what’s your take? 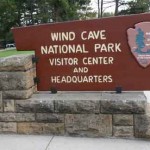