Today we may not think of Nebraska as being the Wild West, but there was a time when the Cornhusker State was the very edge of the frontier. Indian fighters, gold prospectors, outlaws, lawmen, ranchers, and settlers all passed through and spent time in Nebraska. One of the most famous Old West names associated with the state was William F. “Buffalo Bill” Cody, the flamboyant buffalo hunter, Indian scout, and showman.

As a young man Cody drove a stagecoach between Fort Kearny, Nebraska and Plum Creek. Later, while serving as a scout with General Crook, Cody fought a famous battle with the Cheyenne chief Yellow Hair, often mistakenly called Yellow Hand, killing the Indian in hand-to-hand combat near Hat Creek, in northwest Nebraska on July 17, 1876. A year later Cody established a ranch in North Platte, Nebraska.

In 1882 Cody established what would grow into his famous Wild West Show in North Platte as a Fourth of July celebration. In 1886 he built a home on his ranch in North Platte, that he named Scout’s Rest, as a place to relax and spend time with his family between show tours. Today the home and 233 acres of the original ranch are a State Historical Park, with the home, barn, and grounds open to tours, and a campground with 23 RV sites with 50 amp electric.

Born February 26, 1846 in Scott County, Iowa, Cody seemed destined for a life of adventure from an early age. When he was seven years old the family moved to the Salt Creek Valley in Kansas, then on the western frontier. At age eleven Cody began working as an ox team driver, making fifty cents a day. Soon he signed on with a westbound bull train. By 1858, at the tender age of 12, he was working as an assistant wagon master on a bull train headed for Fort Laramie, where he joined a group of trappers on the Chugwater River.

Schooling was never important to the young adventurer and he had very little formal education. There was always something more interesting and exciting to do. In 1859 he was in Pikes Peak, Colorado chasing a gold rush. The next year he became a Pony Express rider at age 14, one of the youngest on the line. He once rode 322 miles in 21 hours, 40 minutes, exhausting twenty horses in the process.

While too young to enlist in the army during the early years of the Civil War, Cody served the Union forces as a contract ranger, dispatch rider, and scout in Missouri, Kansas, and along the Santa Fe Trail. In 1864 he enlisted in the Kansas Volunteer Infantry and served until the end of the war.

In 1867-68 Cody was employed as a buffalo hunter, providing meat for the workers on the Kansas Pacific Railroad. His pay was $500 a month, and he was credited with killing 4,280 buffalo in just eight months. Cody won the nickname Buffalo Bill in a buffalo hunting contest near Sheridan, Kansas against another well known hunter named Bill Comstock. Cody shot 69 animals, compared to Comstock’s 46.

Serving as a government scout at Fort Larned, Kansas, Cody performed remarkable endurance rides, including riding 355 miles in 58 hours. From 1868 to 1872 he served as a scout with the 5th Calvary in several expeditions against the plains Indian tribes, who were resisting white encroachment onto their tribal lands.

By 1876 he was serving as a scout for the army as they chased down warring Indians in the wake of George Armstrong Custer’s defeat at the Battle of Little Bighorn. It was during this time period that Cody had his duel to the death with Chief Yellow Hair near Hat Creek. The incident has been told, retold and exaggerated in several western movies over the years. Always on the move, a few months after his fight with Yellow Hair Cody was on stage in the east, where he toured until 1878 portraying scenes from the Indian wars.

At this point in his life, Buffalo Bill Cody was at the peak of his popularity and a hero of dime novelists and newspaper reporters. When the townspeople of North Platte, Nebraska pleaded with Cody to come up with a gala event for their Fourth of July Celebration in 1882, he organized his Old Glory Blowout, which has been credited as the first rodeo in the United States. The next year he took his show on the road, opening in Omaha as the Wild West Combination. The extravaganza of cowboys, Indians, horses, and pyrotechnics was an immediate hit.

From 1883 to 1886 Buffalo Bill’s Wild West Show delighted eastern audiences as they toured the country. In 1887 Cody took the show to England, where it was just as popular. He returned to America for another year of touring, before again crossing the Atlantic to enthrall audiences across Europe in 1889.

Buffalo Bill Cody was rich and famous, and applause and accolades rained down upon him. He was appointed a colonel in the Nebraska National Guard, and forever after used the title in front of his name. His Wild West Show was in Chicago for the World’s Fair in 1893, and in 1896 he founded the town of Cody, Wyoming. In 1900 Cody went into partnership with James A. Bailey of Barnum & Bailey fame, and the duo produced an even more extravagant show for a European tour.

Though Buffalo Bill Cody was a first class Indian scout, prolific buffalo hunter, and a premier promoter, as a businessman his lack of education and his misguided trust in others would lead to financial ruin. He invested fortunes in projects ranging from mining operations and ranches to irrigation projects, and financed friends and relatives who came to him with all sorts of business proposals and plans. Cody just did not know how to say no. Most of these schemes failed, or his partners cheated him out of his investments, and by 1910 the old buffalo hunter was deep in debt and in terrible financial trouble.

He tried another run at show business, but this attempt failed, and in 1911 he was forced to sell his North Platte home, Scout’s Rest, to his one-time partner Pawnee Bill Lillie. Most of the $100,000 Cody received from the sale of the ranch went to pay off debts. Moving to Cody, Wyoming, his financial troubles only grew worse. Ever the optimist, Cody shrugged off the misdeeds of his “friends” who had taken financial advantage of him and continued to plan for another comeback that would never happen. He died broke at the home of his sister, May Cody Decker, in Denver, Colorado on January 10, 1917. He was laid to rest on Lookout Mountain near Denver on his 71st birthday.

The old Indian fighter may be gone, but his fame has never died. Buffalo Bill’s life has been told and retold in magazines and newspapers, books and in movies. He was a true larger than life American hero.

Scout’s Rest, Cody’s home in North Platte has been carefully restored and furnished with many original Cody possessions, as well as items authentic to the time period when Buffalo Bill lived there. When Cody had the home built, money was no object and he lavished funds on the project.  Cody wanted a showpiece where he could entertain his friends and guests that included many of the top names in show business, politicians, visiting royalty, Army officers, and business people.

Cody raised cattle and horses at Scout’s Rest, bringing thoroughbred horses and high grade Hereford, short horned, and Angus cattle to the region. The home and ranch were a center of social and business activity during Cody’s time there.

Visitors to Scout’s Rest can tour the home and barn, viewing a large collection of artifacts and items owned by Buffalo Bill. Included are a unique chair made entirely of deer antlers, the desk from which Cody conducted most of his business affairs, his bed, firearms, costumes from the Wild West Show, and souvenirs of his career. The home has been carefully restored and preserved to provide future generations an opportunity to get to know America’s famous Indian scout, buffalo hunter, and showman.

Buffalo Bill Ranch State Historical Park is located at 2921 Scouts Rest Ranch Road, a short drive from Interstate 80. The park includes a campground with RV sites. Parking at the ranch house is limited to cars and tow vehicles, since the parking lot is not set up to accommodate large RVs. Admission to the park is $2.50 per day ,and there is a separate fee for the RV sites. Scout’s Rest is open from 10 a.m. to 8 p.m. daily from Memorial Day to October 31. For more information, call 308-535-8035. 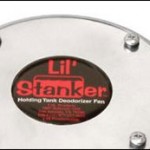 5 Dos and Don’ts of Working While RVing