Growing up in Pittsburgh, my very first memory of television holds the warm, reassuring face of Mr. Walter Cronkite. Each night we gathered in our family room to watch him. Years later, as a part-time reporter for CBS2 in Chicago, I would look back on those memories in marvel.

Now, rightly, you may be wondering how a young boy in kindergarten could have such an indelible memory. You see, as “the oldest” child, it was my responsibility to sit closest to the “tube” and adjust a tiny knob on the bottom face panel that controlled these black-dark-banded stripes that would roll horizontally from the bottom of the TV screen to the top. At first they would slowly move up the screen; if you didn’t twist the knob, the scrolling would quicken to an amazing pace, making the picture nightmarishly dizzying.

So, when my father would sit on the couch, I adopted (remanded to it actually) the role of a human-remote-control, kneeling alongside in anticipation, waiting for the TV image to roll.

Five nights a week, 20 some minutes at a shot, from about one arms length away, I would look and listen to Mr. Cronkite. It was a poor man’s big-screen TV from that vantage point. To a little boy, he was larger than life.

I will never forget “And that’s the Way it is.” 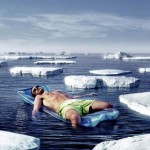 Forget CO2: Aerosols are the Global Warming Culprit Previous
Are you a planner or do you wing it? Next 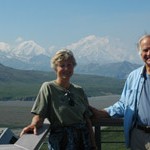