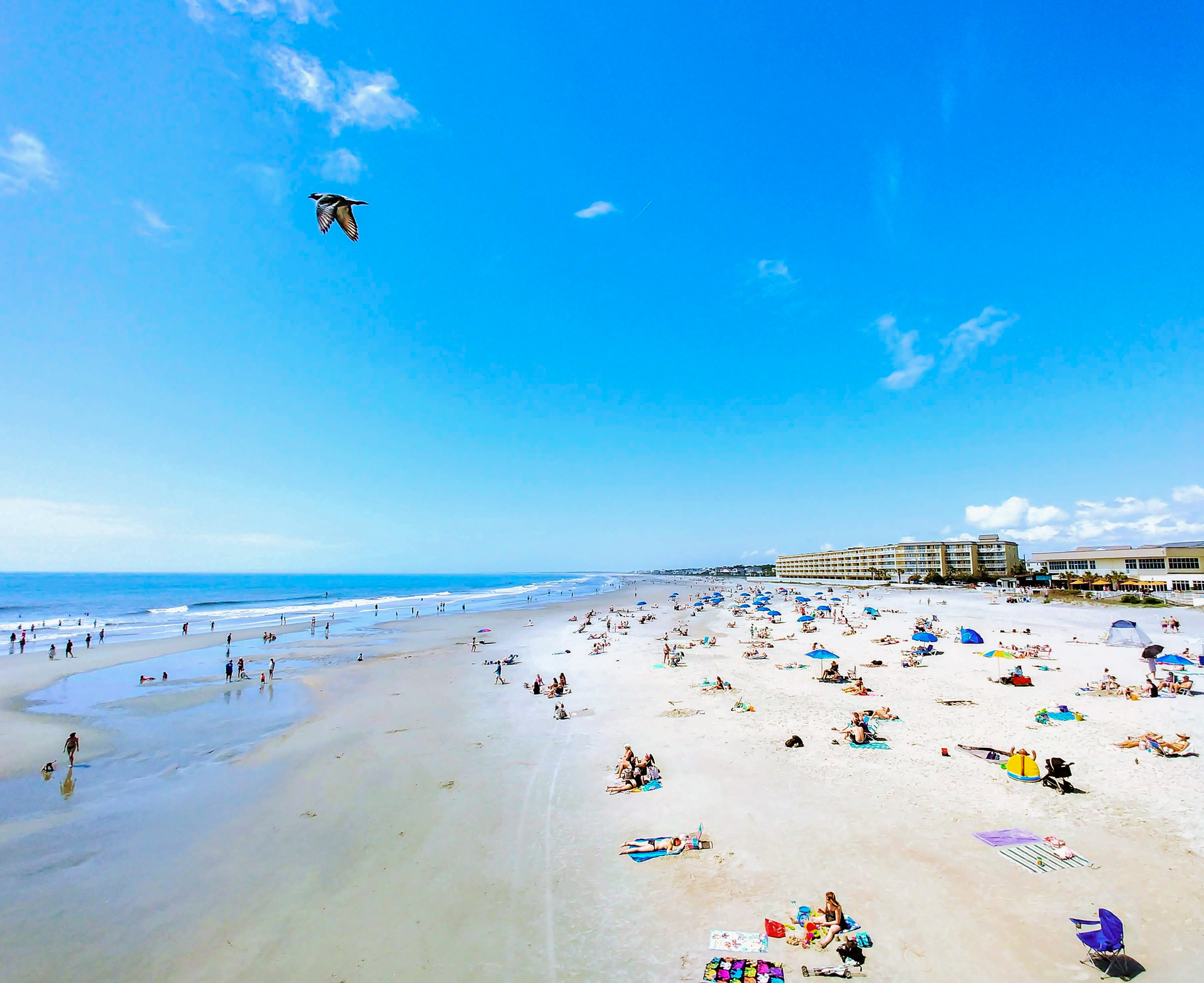 Underrated and overlooked cities that deserve your attention.

Campers and RVers are adventurers at heart. They’re born explorers. Those that crave the open road and setting up camp across the country are inquisitive and dare I say, yearning for a different American dream.

Are you looking for the next undiscovered and underrated destination?  Recommended by travel writers and RV bloggers, these gems are amazing cities and towns you should pay attention to now.

Located about two hours from Los Angeles, this beautiful mountain town makes you feel like you’ve escaped to Colorado or Utah. Surrounded by the San Bernardino National Forest, this small town is known for skiing, snowboarding, camping, biking, fishing, hiking and more. I lived there for over two years. And since my stay there about a decade ago, the town has established more great restaurants from the Los Angeles chefs also wanting an escape. 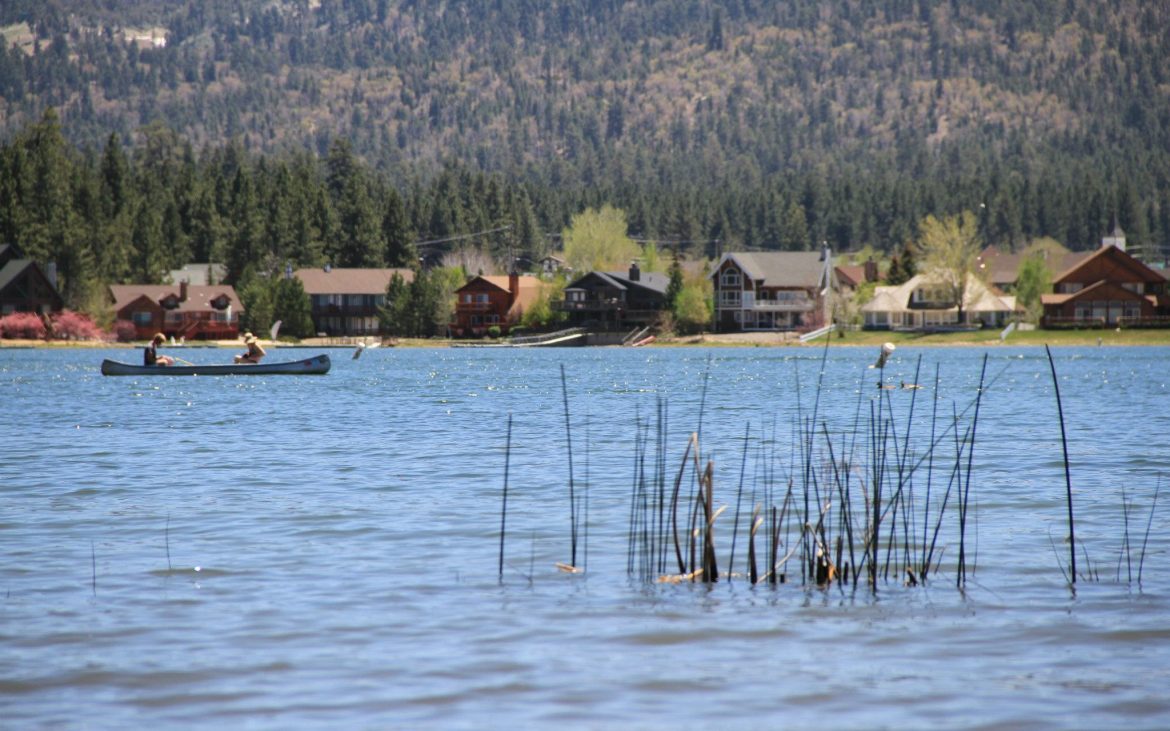 This is a great escape any time of the year. Photo Credit: Erin Peters

Every September, you can witness some of the world’s best riders at the annual Hot Dawgz & Hand Rails music festival and snowboard competition. HDHR features some of the snowboarders in the world competing on a one-of-a-kind rail jam course designed and built by Bear Mountain’s renowned park staff. The combination of artificial snow and diabolical rail courses make this a thrilling display of skill. 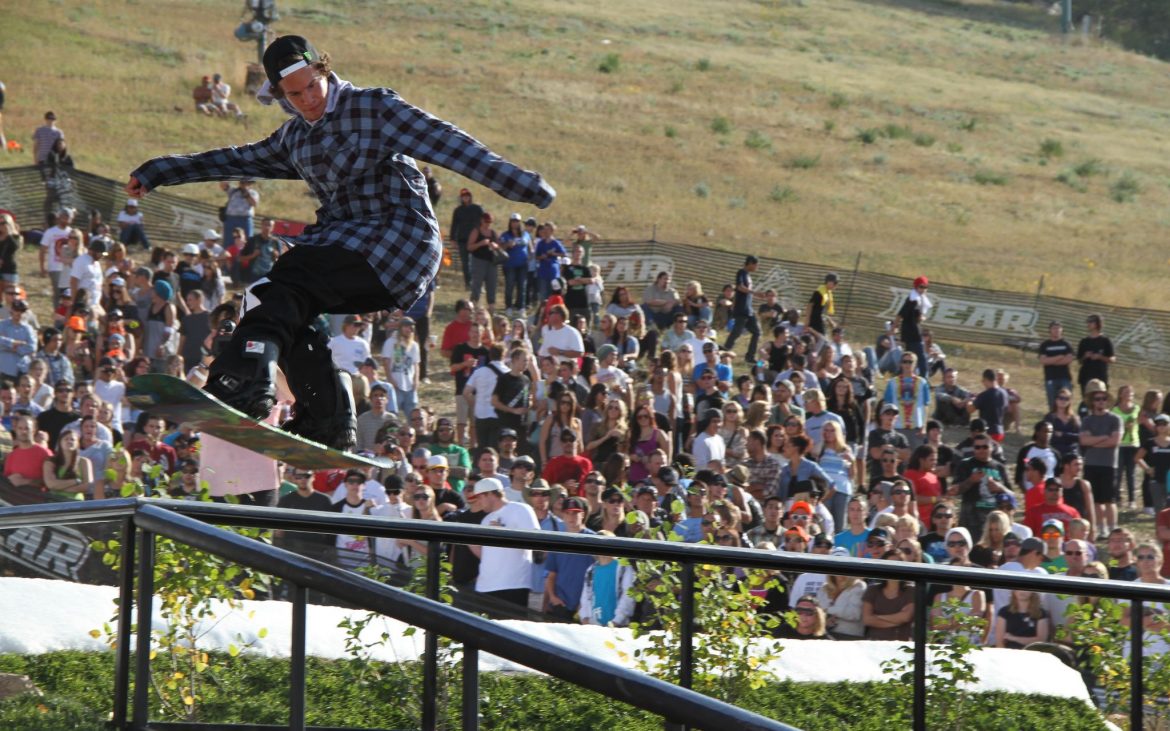 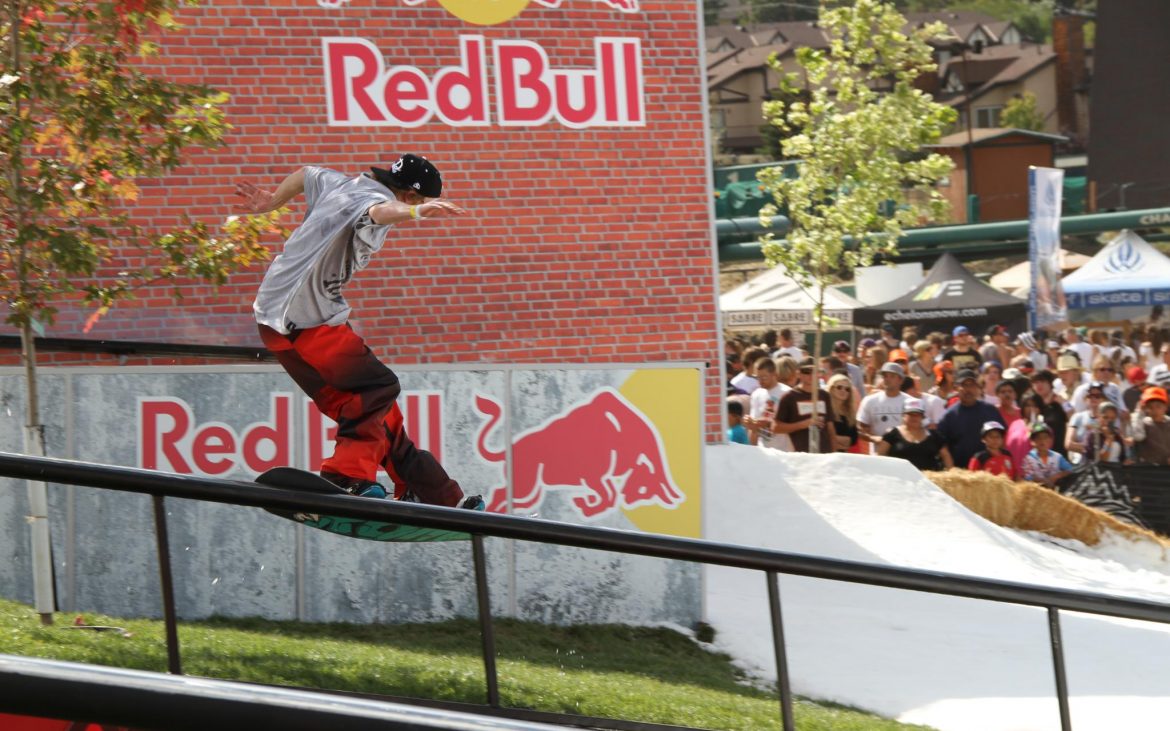 HDHR is one of the industry’s largest winter kickoff events, with 50+ of the world’s best rail riders scheduled to compete. Photo Credit: Erin Peters

If social media existed in the 1930s and 1940s, Buffalo wouldn’t have received a lot of likes. The Great Depression hit “Queen City” hard. Today, the town is eager to shed its gritty, down-on-its-luck image and entice forward-thinking creatives to fall in love with vibrant local art and social scenes. The poster-child of post-industrial decay has been revived by artists, architects, musicians and poets. The blue-collar, no-B.S. kind of town may confuse visitors with its world-class architecture, but just go with it. It’s not like every other city. Devoid of pretense, you can spend an afternoon kayaking through canals that wind past the old grain elevators of Silo City or imbibe at one of the bars that stay open till 4am.  Nietzsche’s is a linchpin in the local scene because of its history as the jumping-off point for many local musicians. And Rick James grew up here. What else do you need? 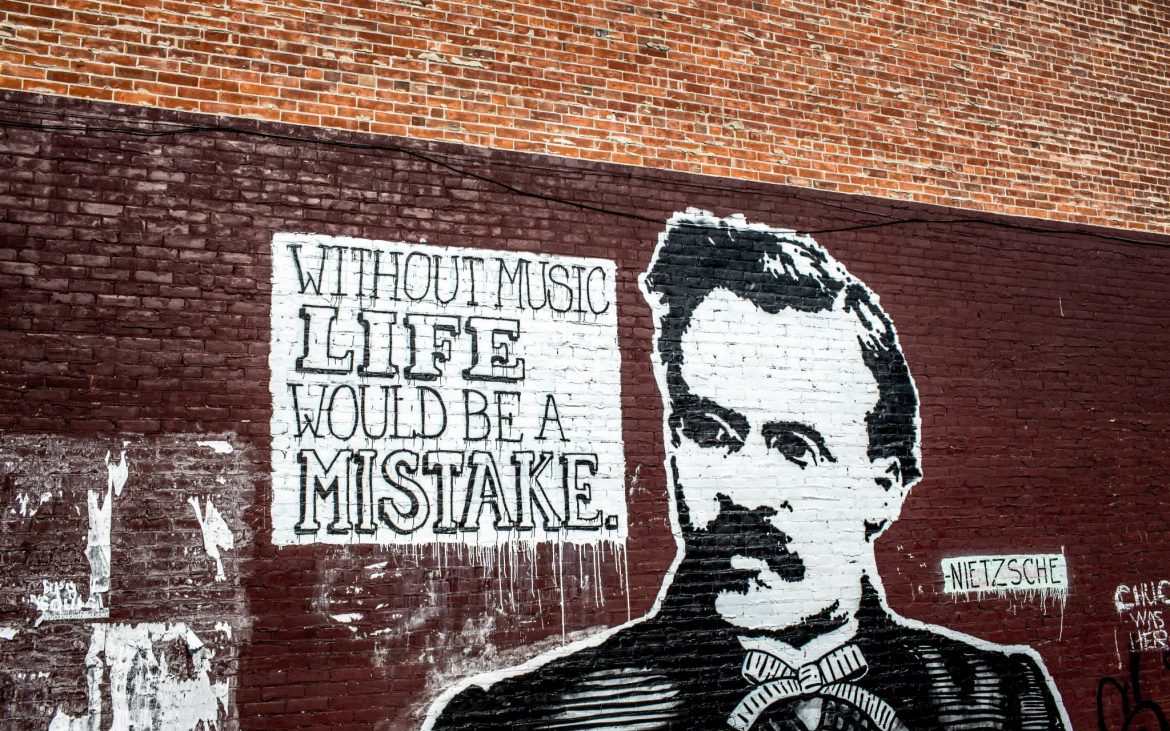 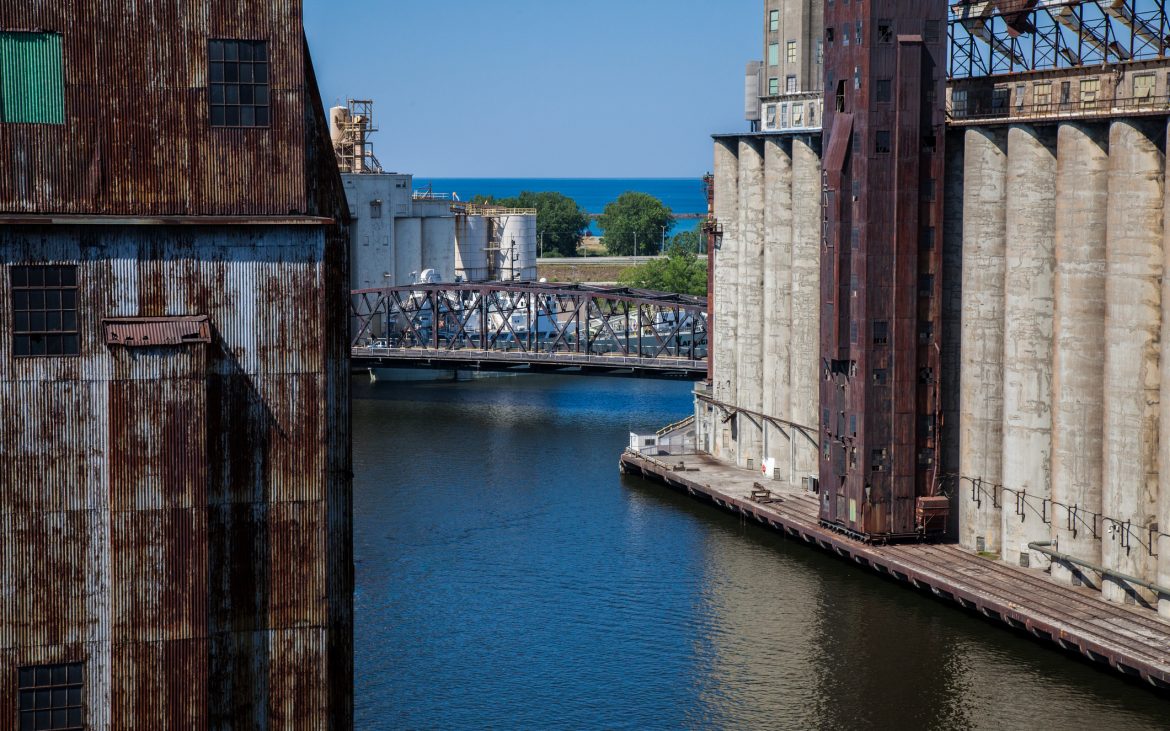 While it is the capital of California, Sacramento might not normally be at the top of your list. You might want to rethink this because of the emerging foodie and beer scene and eco-friendly vibe. It’s one of the most integrated cities in America. Coast along the American River Bike Trail or explore Sacramento wine country. And did I mention that the river attracts whitewater rafters and fishermen from afar? 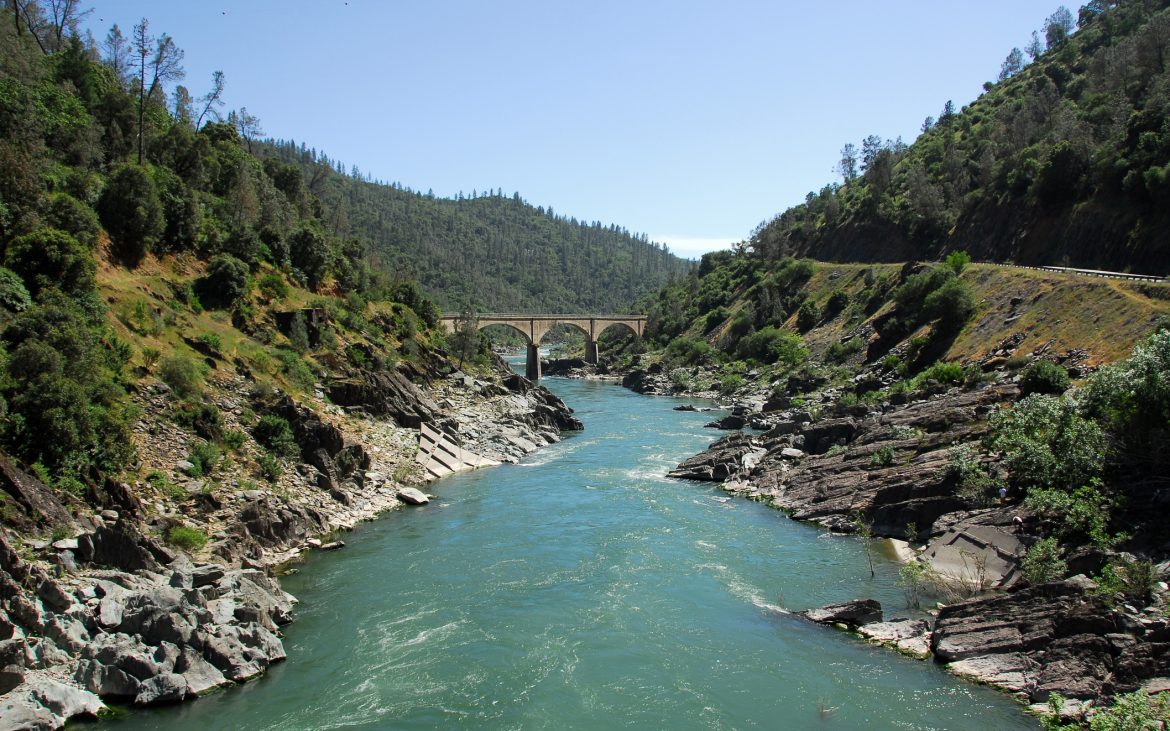 And if you like coffee, the City of Trees is home to a growing coffee culture. I visited Sactown (they have more than their fair share of nicknames) for the California Craft Beer Summit in 2017 and was pleasantly surprised at the craft beer scene there. And the Dive Bar is a must visit, with the 7,500-gallon aquarium above the bar, where the occasional mermaid or merman leisurely swims by. 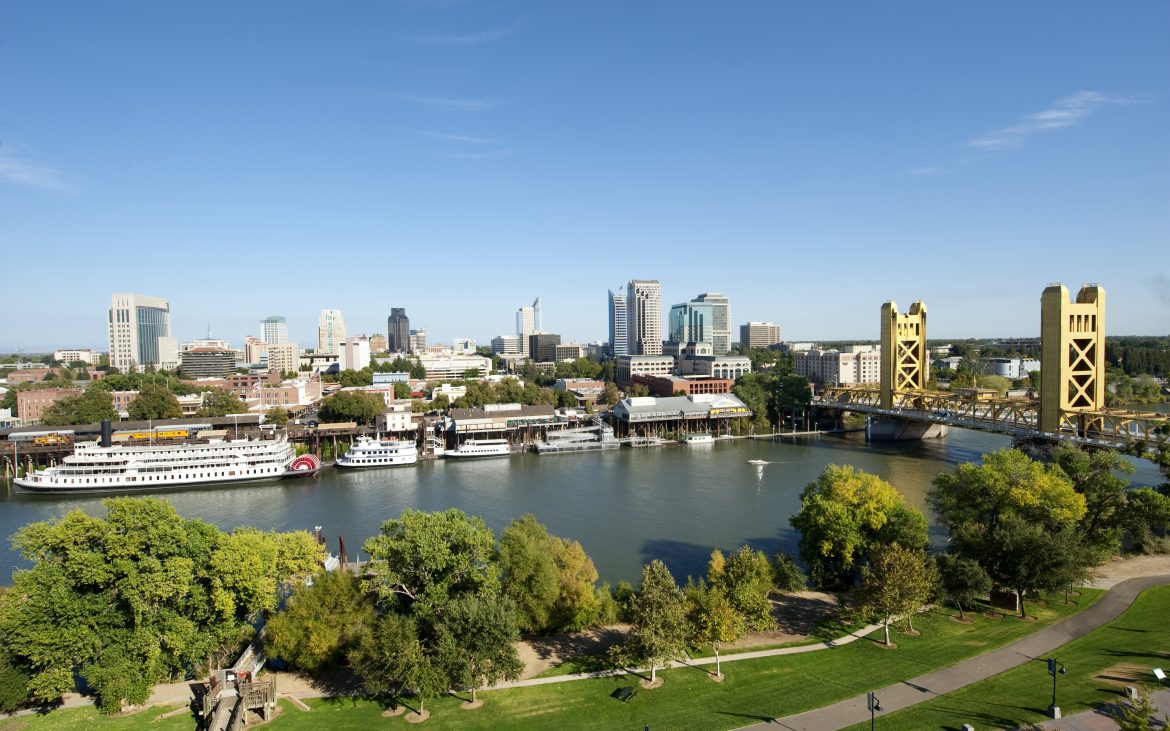 Asheville, North Carolina: Beat it to the Blue Ridge Mountains

The rich history on display in this mountain town isn’t the only draw; visit the Land of the Sky for its creative spirit. From the beer scene and live music to the Art Deco architecture, it’s an inspired city. See impromptu street performances or feel the rhythms in legendary music halls; Asheville’s music scene is all-encompassing.

And for the outdoorsy types, it also offers year-round access to hiking trails in the famous Blue Ridge Mountains. Nearby, the North Carolina Arboretum is filled with lush cultivated gardens, babbling brooks and miles of groomed trails. 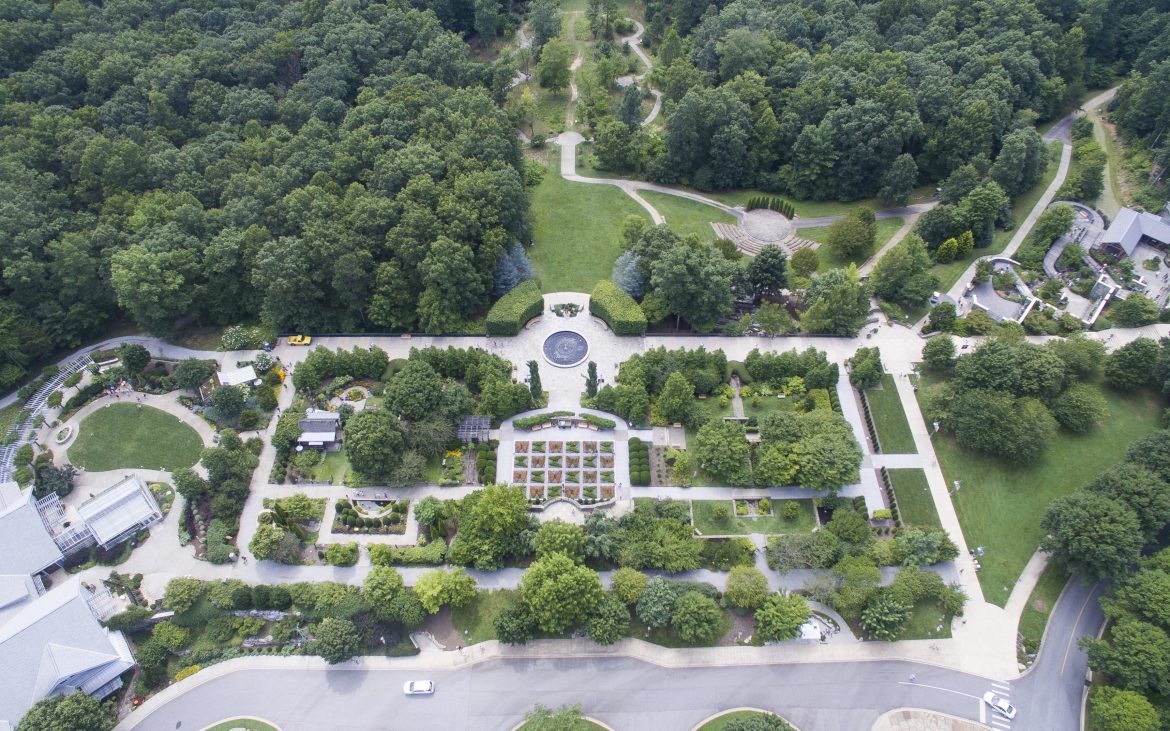 The Arboretum is surrounded and crisscrossed by forested coves and meandering creeks in the botanically diverse Southern Appalachian Mountains. Photo Credit: The North Carolina Arboretum 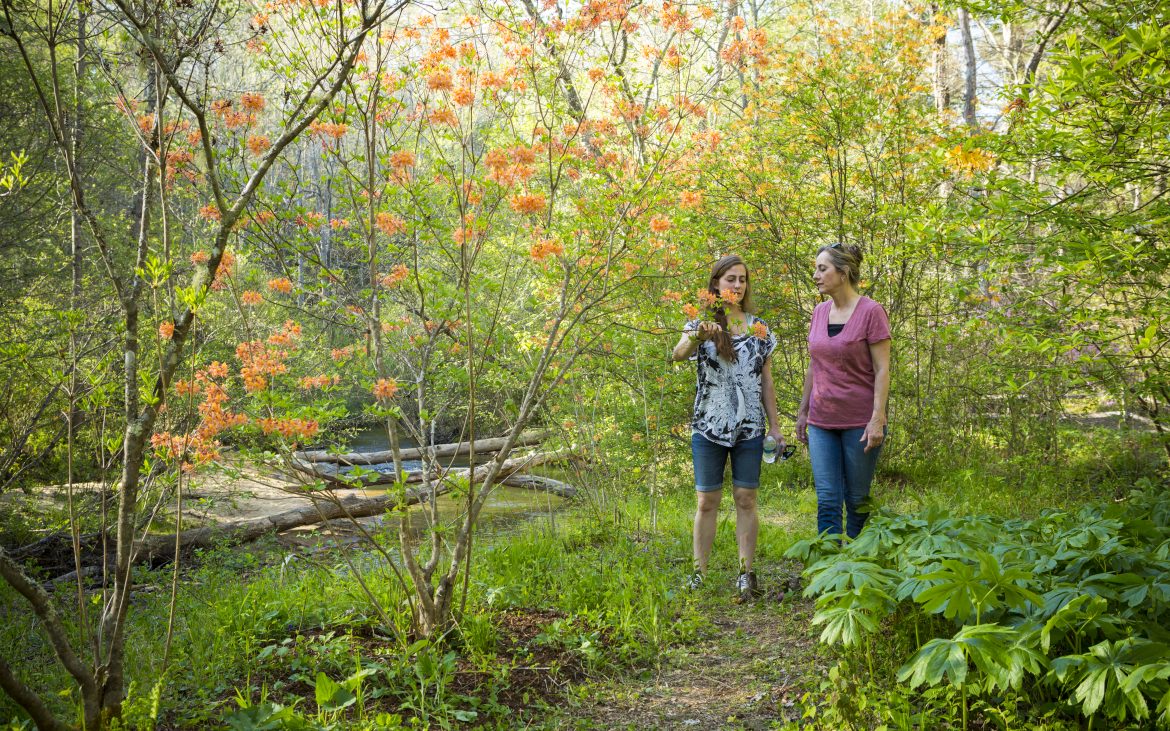 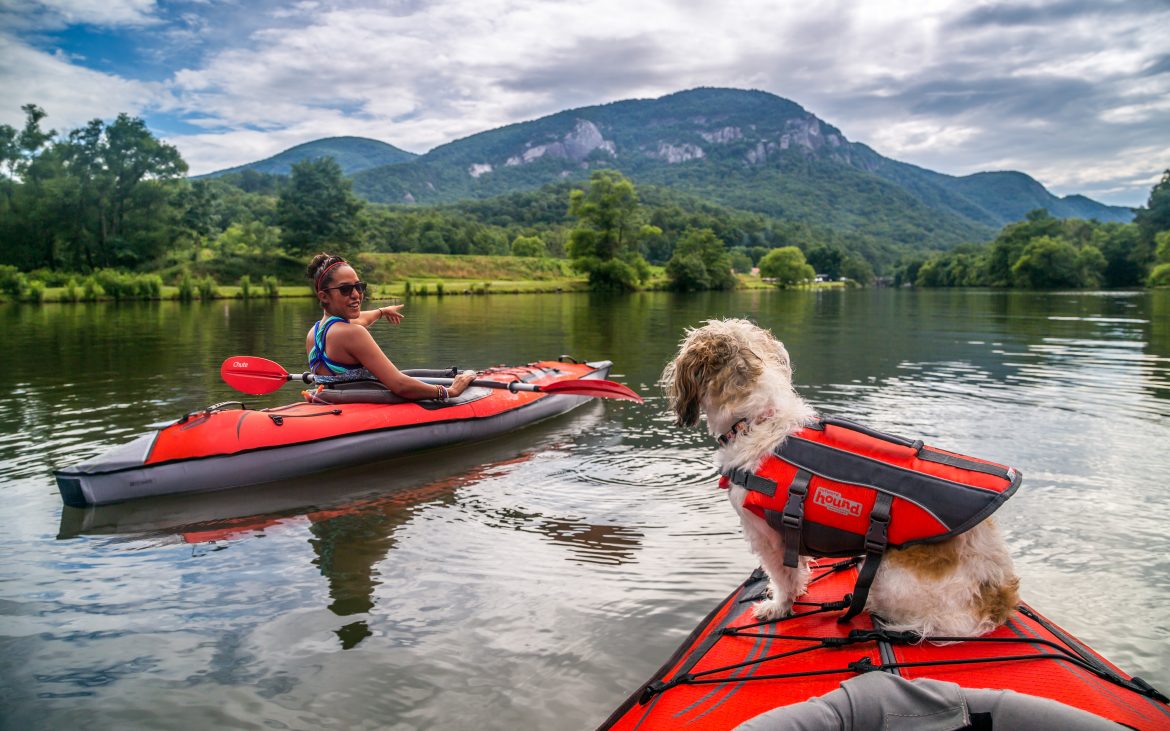 Lake Lure is nestled in the foothills of the Blue Ridge Mountains, about 25 miles from Asheville. Photo Credit: Jared Kay

And Asheville isn’t just known for its enormous, fancy house (the Biltmore Estate), but for its world-class kayaking, cycling and farm-to-table movement. Take some time to visit top-notch Spanish tapas restaurant Cúrate. And Sovereign Remedies is a 21st-century cocktail bar in a former early 20th-century pharmacy that serves libations infused with botanical ingredients. 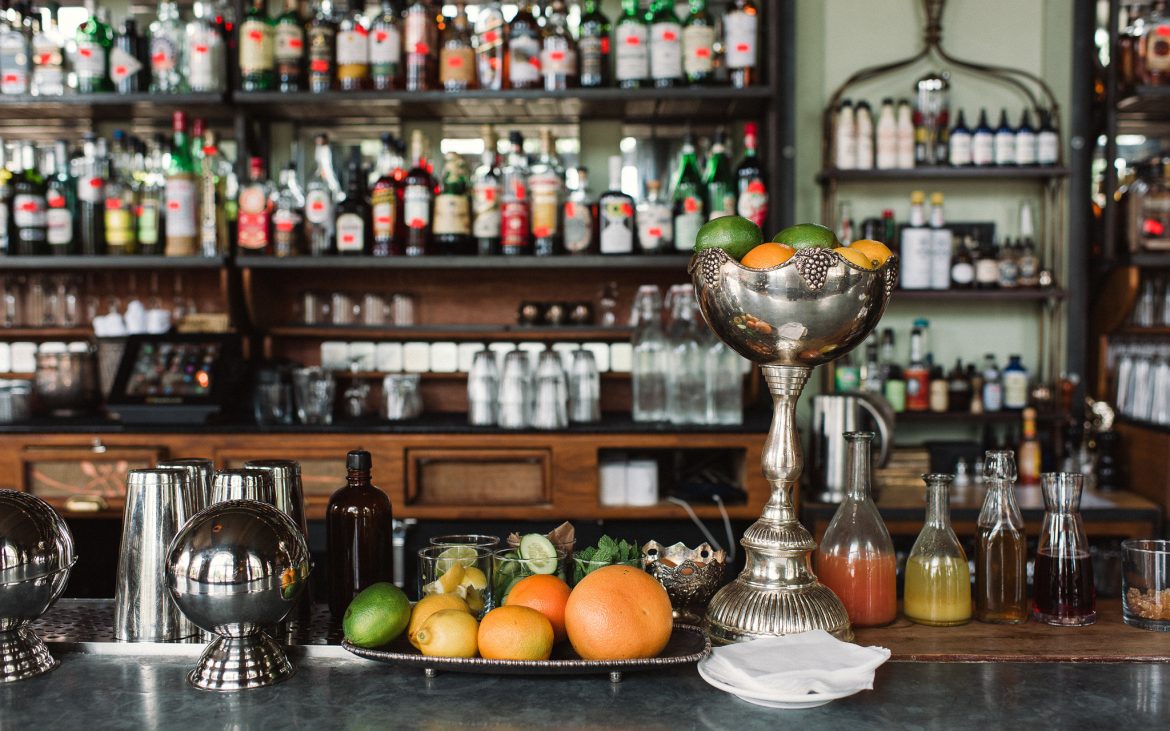 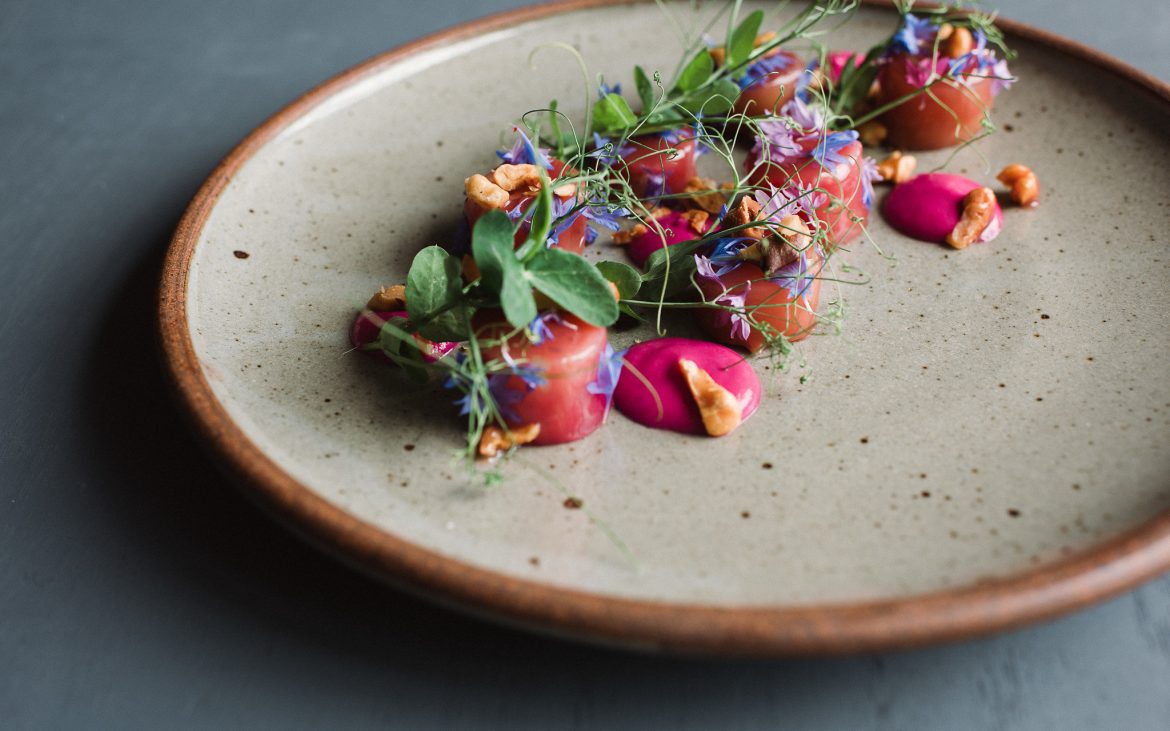 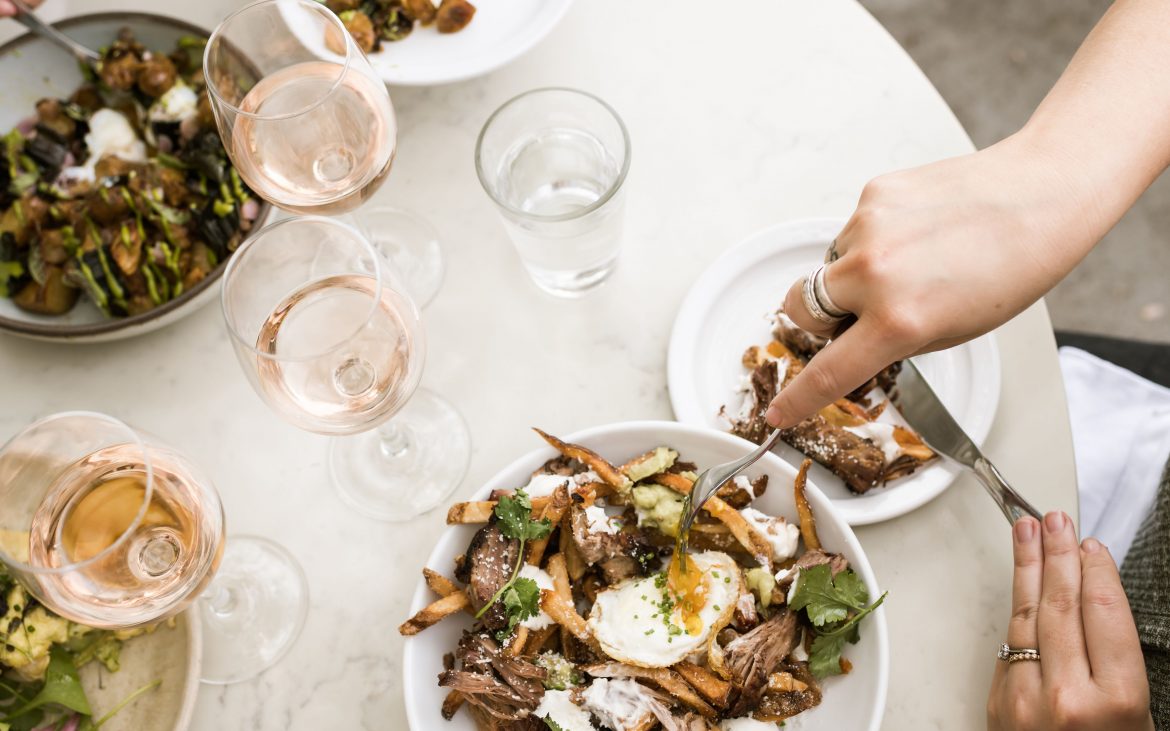 Both their food and beverage menus are driven by their relationships with local farmers and foragers. Photo Credit: Chelsea Lane Photography

Good Sam blogger Chickery’s Travels recommends the biggest little city in the world. Situated in the northwest corner of Nevada where the desert meets the mountains, this city treats visitors to gorgeous scenery in every direction. 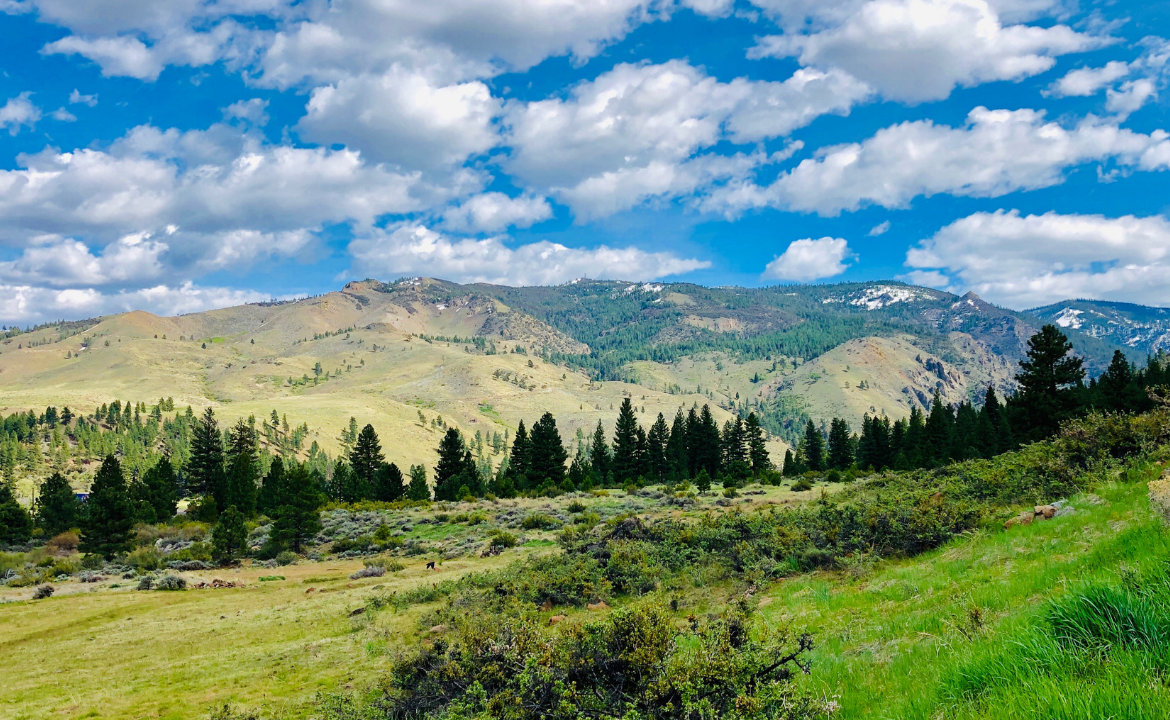 The downtown area has been revitalized and is full of terrific taverns and eateries within walking distance of the Truckee River. They’ve even added a white water park along the river and installed 7,000 tons of smooth flat-top rocks and boulders for easy access for both kayakers and spectators. Reno is also a great central location for day trips to historic Virginia City and Lake Tahoe. 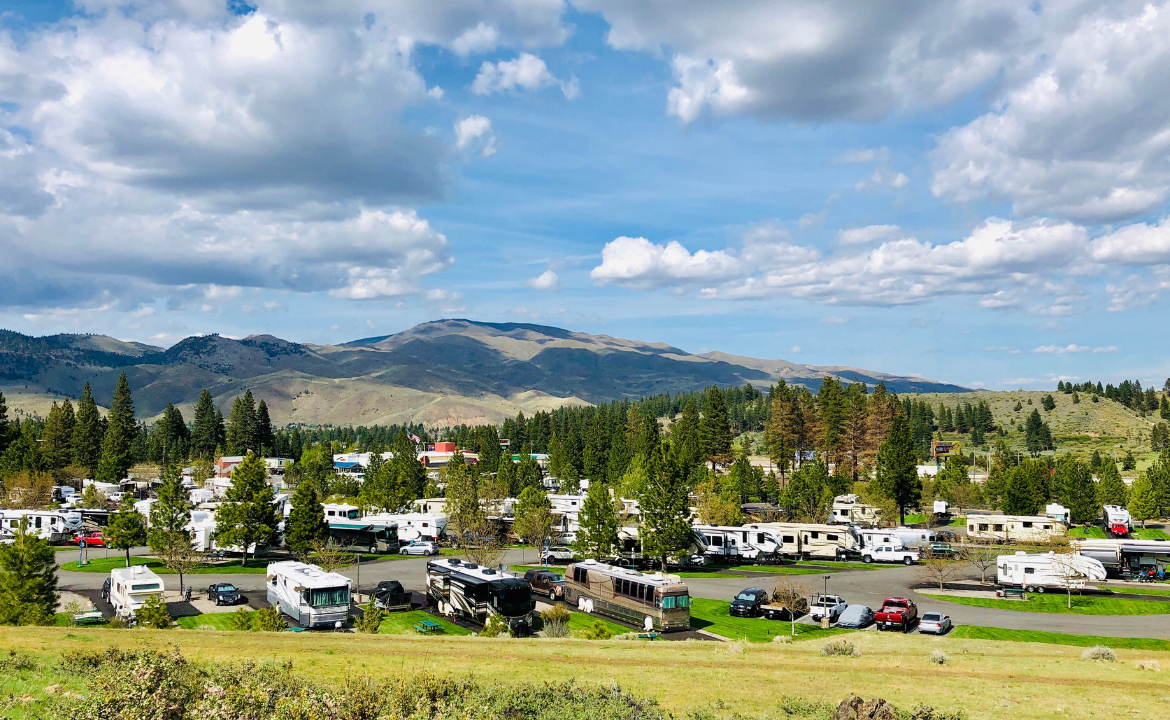 From its steel city roots, the home of champion sports franchises also boasts a burgeoning food scene with a young generation of chefs looking locally to draw inspiration. This revitalized city offers boutiques linking Butler Street and vibrant artistic culture. There are 31 museums in the rust belt city, one of which is the Andy Warhol Museum, the largest museum in North America dedicated to a single artist. And the rivers in Pittsburgh make for sparkling skylines and another way to tour the seemingly still gritty city. The Picklesburgh festival set in late July is a culinary celebration that goes beyond the dill pickle to include artisan cocktails and international dishes that feature – you guessed it — pickled ingredients. For outdoor adventure, head over to Kayak Pittsburgh, which offers a free hour’s rental on your birthday, and on your half-birthday! 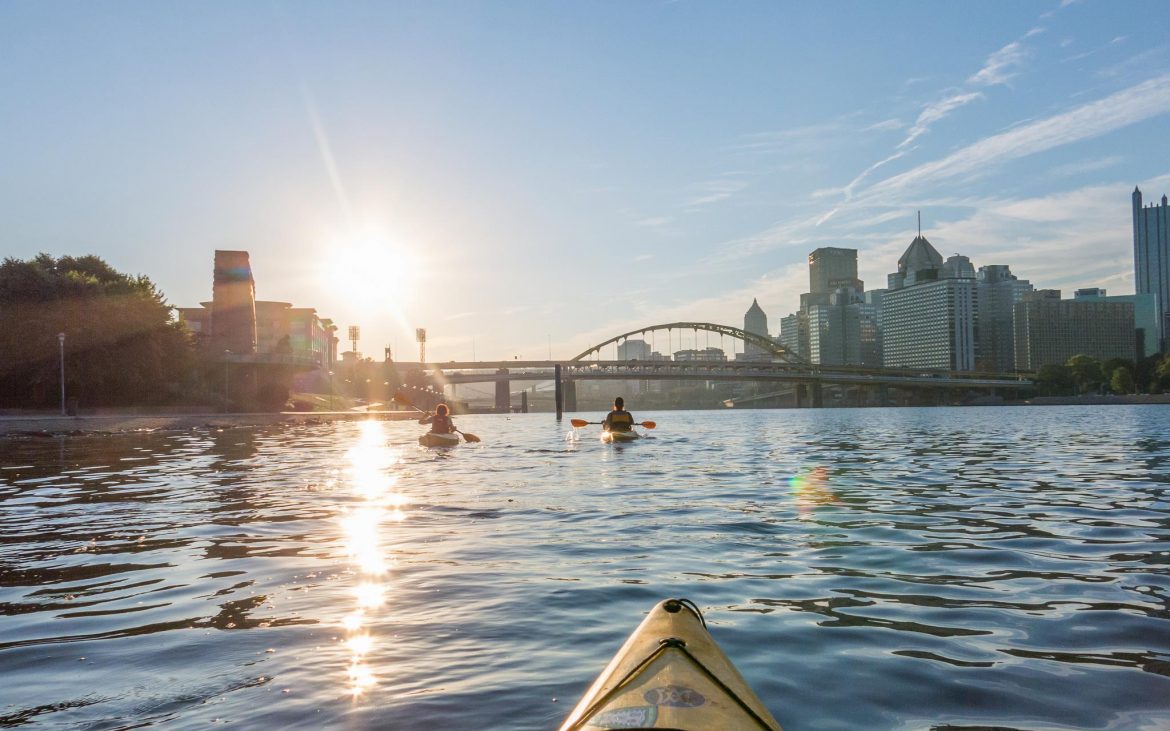 Outdoor guide and Good Sam contributor Tucker Ballister recommends this charming California mountain town. Full disclosure: it’s his hometown. While many folks pass through Truckee on their way to Lake Tahoe, not many realize the role that Truckee played in opening up transportation routes over the Sierras and into the Central Valley. From the time of the first wagon trains passing through in the 1840s, Truckee has transformed from a settler’s outpost to a railroad town to the tourist mecca it is today. Along the way, it has been home to numerous ice harvesting, lumber milling, and livery operations. The town sits on the banks of the Truckee River, which has sustained life here for millennia. Today, visitors can peruse the numerous boutique shops downtown, pop into one of several beer- (shout out to FiftyFifty Brewing Co.!) or wine-tasting locations or take a historical tour of the entire region with one of Tahoe’s premier guide companies, Tahoe Adventure Company. The creative culture earned Truckee the designation of a California Cultural District in 2017. 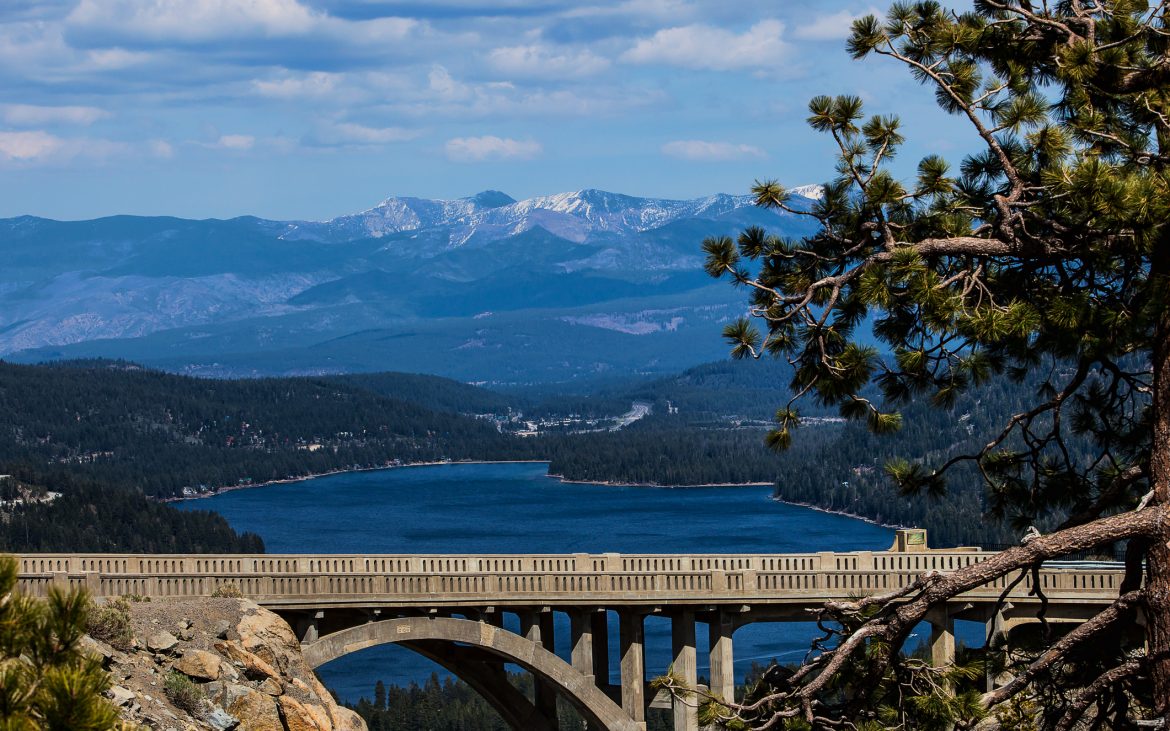 Postcard perfection of the Donner Memorial Bridge with the gorgeous snow-capped Sierra Nevada Mountains in the distance. Photo Credit: PaintedWorks via Getty Images

This is a pick from Sam and Alaina from Home While We Roam. Utah’s “Little Switzerland,” is 25 minutes to Park City and just 25 minutes to Sundance. Boasting a huge mountain bike culture, the town sits right on the Provo River, perfect for fishing and kayaking enthusiasts. The Herber Valley is home to three state parks, hot springs, mountain trails, golfing greens, a railroad and seven resorts. 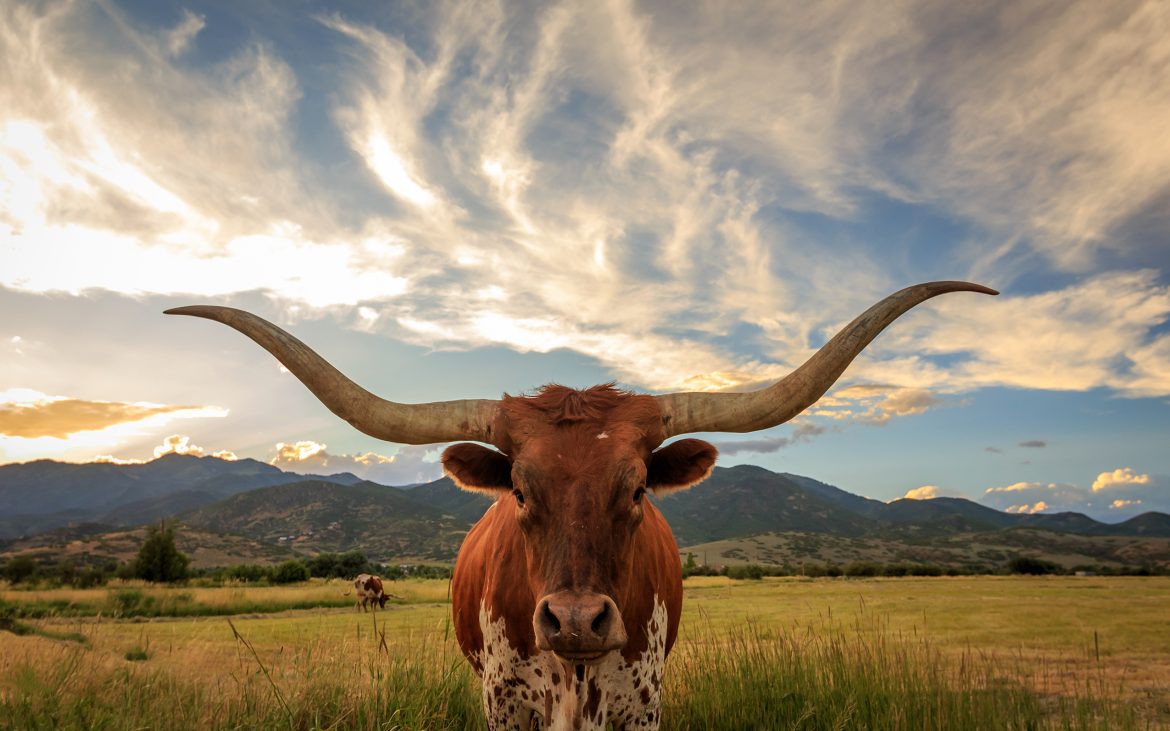 If you are lucky enough to be traveling from the southern Utah state parks to Yellowstone and Grand Teton, Heber City sits conveniently right between Zion and Grand Teton, so it makes a great layover point if you have a week or two.

Heber City is also home to one of their favorite Good Sam RV resorts. Mountain Valley is a perfect 10/10/10 rated park with just about everything you could ask for; a pool, hot tub, nice open spaces and mountain views. They also offer some of their favorite perk services like trash pickup and propane delivery.

This fantastic summer or fall destination holds a unique old world charm and geographical beauty. Head to the beach on Lake Michigan and enjoy a tiki drink or see what their Summerfest music festival has to offer. Hint: It’s the world’s largest music festival with over 800 acts. This unexpected gem is experiencing a revival thanks to a downtown building boom and an influx of new restaurants, bars and hotels. The diverse crowds keep the dining options varied and interesting. A plant-based bistro, Strange Town is located on the east side in a handsome Spanish Revival building. The music playing on vinyl adds to the cozy feel. Wines and spirits are added to their collection daily. Bay View is a lakefront neighborhood known for its cute arts and crafts bungalows, hip bars and eclectic restaurants. 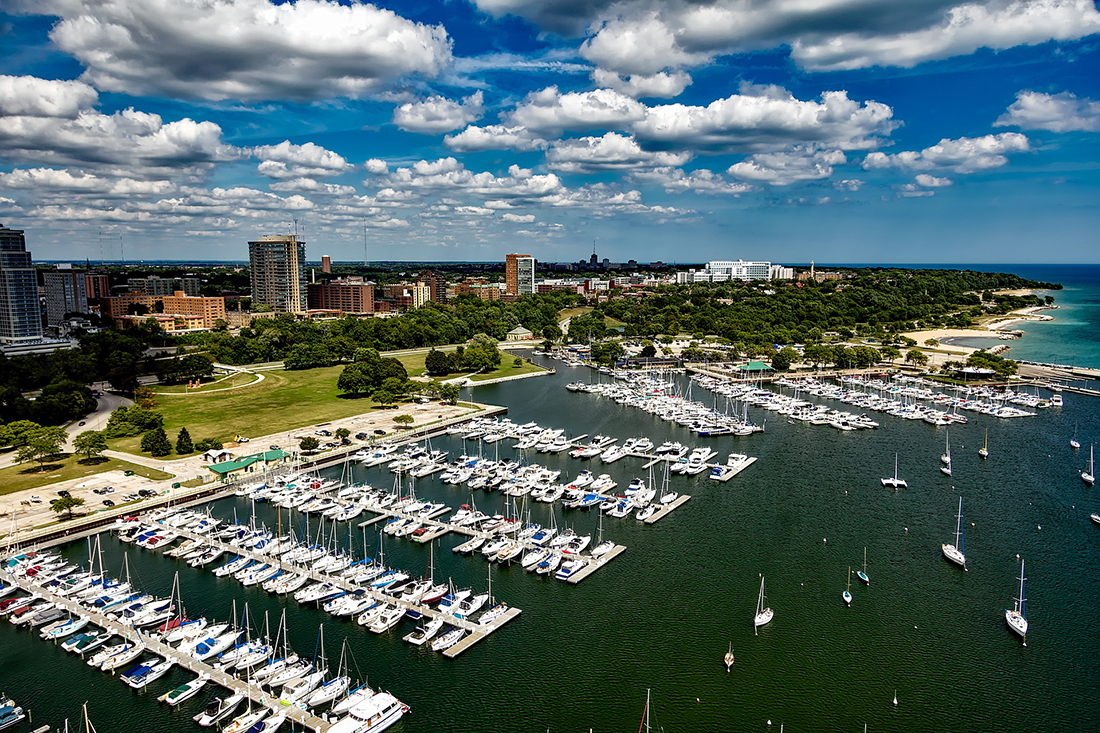 Boats in a Lake Michigan Marina in Milwaukee. Photo: Pixabay 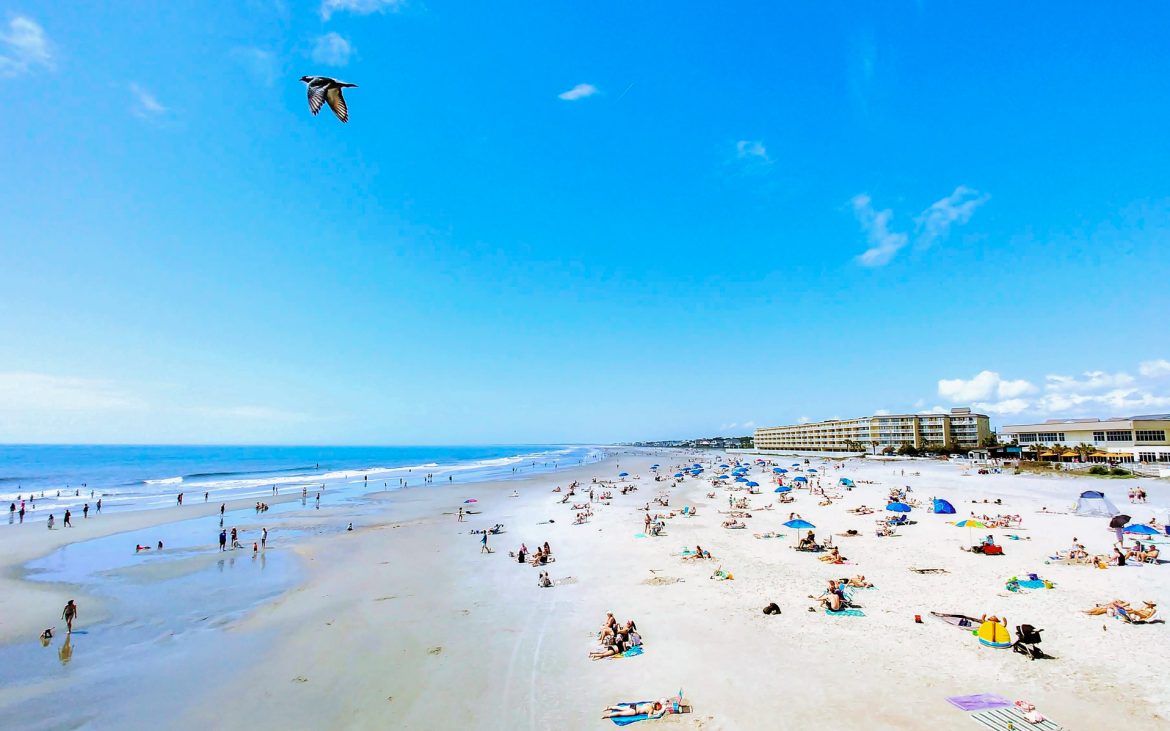 A barrier island where you can see loggerhead turtles nesting, dolphins playing and bald eagles soaring in the sky. Photo Credit: Getty Images

The closest beach to Charleston is one of America’s last true beach towns. Named as one of the best beaches in Charleston by Conde Nast Traveler in 2018, the “Edge of America” is a barrier island on the front lines of the Atlantic. The funky, bohemian kind of beach boasts local shops, live music, awesome seafood restaurants and a surprisingly rich surf scene. And there’s plenty of fishing tours, surfing lessons and sunset cruises to keep water lovers happy. Stop in September 21st for the Sea & Sand Festival for an arts-focused street festival and competition in the sand. 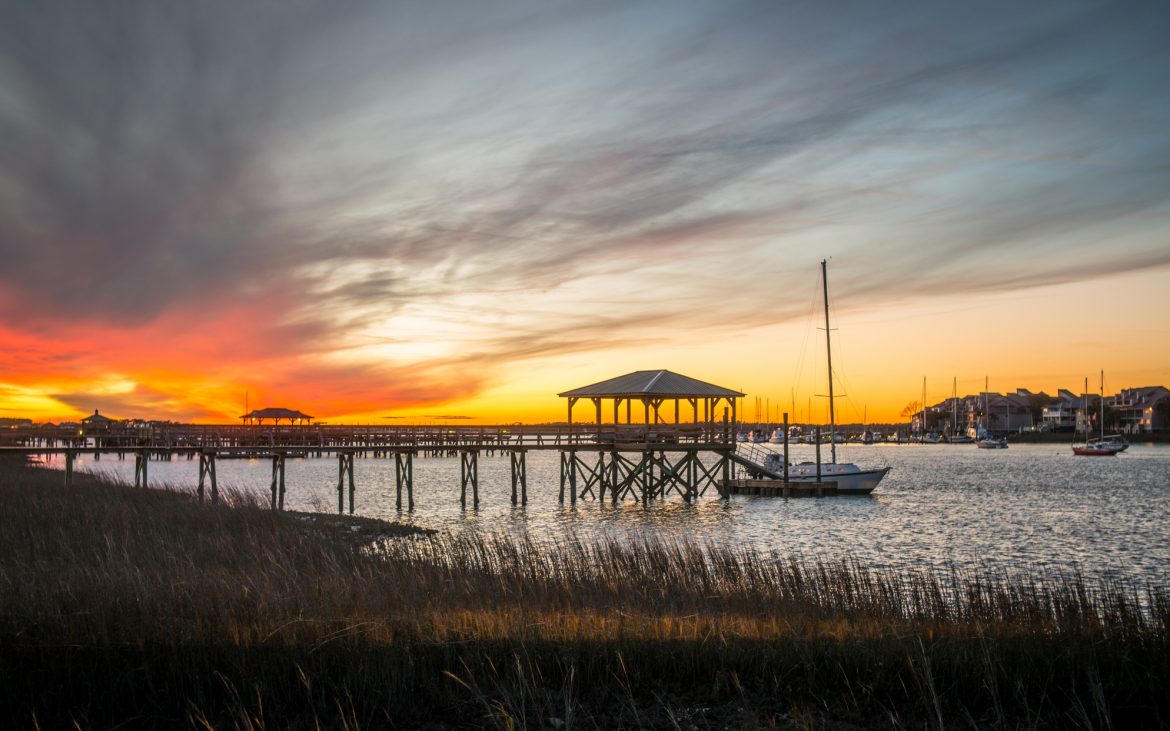 Folly Beach is a beautiful beach where you can take your dog and let him or her frolic in the sand. Photo Credit: Getty Images 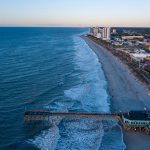 11 Top Beach RV Parks: Enjoy More on the Shore Previous
7 Reasons Why You Should Stay at Pine Acres Family Camping... Next 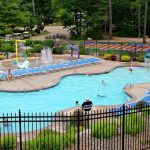