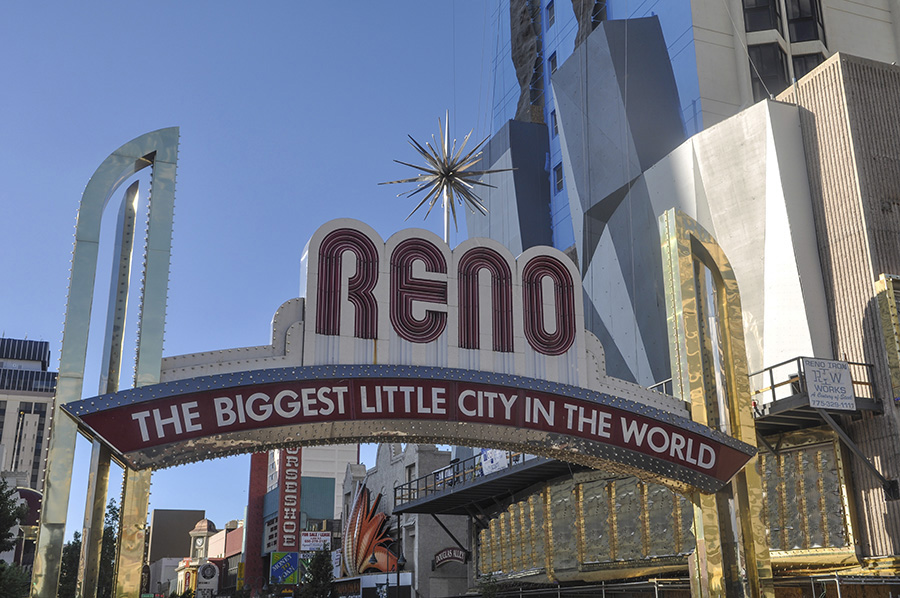 Take a Reno RV trip for the win.

Nestled in the foothills of the Sierra Nevada range, within striking distance of Lake Tahoe and the historical sights of Virginia City, Reno goes by the moniker “the Biggest Little City in the World.” Famous for its casinos, Reno found its vocation as the gambling capital of the United States until Las Vegas stole its thunder and took center stage as America’s capital of sin in the late 1950s.

Still, Reno endures with a charm all its own. With a handful of excellent museums, an incredible range of outdoor recreation on its doorstep and the new MidTown District Reno cast as a booming arts center, Reno is coming into its own as a lifestyle city. Reno also plays exuberant host to a medley of annual events with titillating titles, including the Hot August Nights classic car convention and the Street Vibrations Fall Rally motorcycle frenzy.

On the banks of Reno’s scenic Truckee River, the Truckee River Arts District is the place where art thrives. The district is divided into two sections, each with its own vibe and appeal. The north end of Reno’s Riverwalk District is awash with galleries, cafés, restaurants and a movie theater. Running through it all, Reno’s acclaimed Truckee River Whitewater Park entices kayakers and rafters. 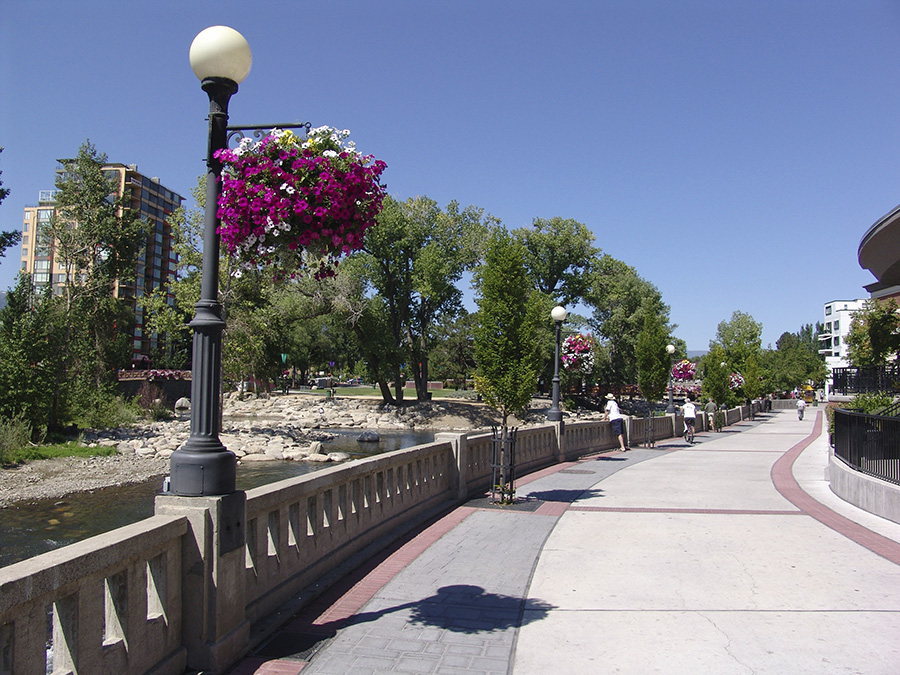 With the trendy moniker of CalAve, the south end of the Truckee River Arts District is home to Reno’s hip boutiques, innovative restaurants, lively bars and the top-notch Nevada Museum of Art. The museum’s striking exterior was inspired by the geological formations of the Black Rock Desert, while a dazzling suspended atrium staircase and panoramic views of the city’s skyline and the Sierra Nevada alone are worth a visit. Aside from its excellent mixed-media permanent collections, which span such themes as Altered Landscape Photography, Art of the Greater West, and Contemporary Art and the Work Ethic, the museum hosts a superb lineup of temporary exhibits and is home to two outdoor sculpture gardens.

Lovers of fine vintages will want to time their visit for the third Saturday of the month, when the Riverwalk Merchants play host to a convivial Wine Walk throughout the Riverwalk District.

Into the Great Wide Open

Within the city, Rancho San Rafael Park is Reno’s most expansive green space, with hundreds of acres devoted to family fun. There are children’s playgrounds, a petting zoo, pony rides, jogging trails, an arboretum, botanical gardens, pavilions, picnic facilities, a dog park and a seven-mile loop trail that’s perfect for novice hikers. The park is also home to the Wilbur D. May Museum, which features antiques and collectibles that Wilbur D. May acquired during his wild travels, including T’ang Dynasty pottery, African masks, Inuit scrimshaws, Egyptian scarab figures and a shrunken head from South America. An intriguing figure, May was an adventurer, rancher, pilot, artist, philanthropist and third son of David May, founder of the May Department Stores Company.

Just beyond the city limits, recreational activities abound in the Reno area. During the long, hot summers, locals and tourists flock to the Truckee River, Lake Tahoe to the south and Pyramid Lake to the north. During the winter, skiing, snowboarding, snowshoeing, ice skating and snowmobiling entice snow bunnies and adrenaline junkies to converge on some 18 ski resorts, including Northstar California, Sierra-at-Tahoe, Alpine Meadows, Squaw Valley, Sugar Bowl, Diamond Peak, Heavenly Mountain and Mount Rose.

Just four miles east of downtown Reno lies Sparks, a fun-filled spot for folks who want outdoor recreation without traveling too far outside of the city.

Rock Park, located along the Truckee River in Sparks, features premier whitewater rafting, kayaking and tubing adventures. Sparks Marina Park, with its 80-acre lake, is the go-to spot for swimming, boating, fishing and even scuba diving.

Visit Sparks in the summer for the Best in the West Nugget Rib Cook-Off. Watch top barbecue chefs cook up mouth-watering cuts of meat, then sample the results of their labor.

Travel back in time and experience railroad history at the Sparks Museum and Cultural Center. Here, you’ll find a vintage steam locomotive, a cupola caboose and a Pullman executive car. Also on display is a one-room Glendale Schoolhouse and a monument to the Chinese rail workers who helped build the American West.

Just 26 miles south of Reno, historic Virginia City is one of the oldest continuously occupied towns in the West. Virginia City rose to prominence following the discovery of the Comstock Lode of silver ore in 1859, an event without rival in the history of precious metal discoveries; by 1876, Nevada produced more than 50 percent of the nation’s precious metals, and the town exceeded all gold and silver towns for its population density and technological advancements. The town has admirably conserved its authentic character with board sidewalks and restored buildings constructed during the town’s 1860s and 1870s boom days. 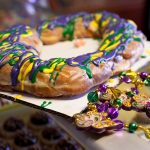 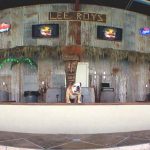