An instinctive and as yet not completely scientifically explained phenomenon occurs in fall and spring that is among the most extraordinary events in the natural world. If the migration of RVing snowbirds between the colder climates of the Pacific Northwest and Canada to the deserts of southern California, Arizona, and Texas come to mind you are only partially correct.

We snowbirds acquired that moniker by copying the real thing, the vast migration of birds of the avian class, rather than the homosapien. The decision to move from cold climates to warmer ones when the temperature drops and winter storms threaten, and to cooler climates when the sun can cook your fried eggs on the hood of your truck is logical, comfortable, and healthful. Yet, ornithologists agree that birds don’t just wake up some morning and over coffee and travel brochures make logical decisions about where it would be most comfortable to spend the winter.

That is the part that science has yet to fully explain. What triggers certain bird species to fly south in fall? Why do some go to one location and others to another? What internal mechanism enables them to follow an established flyway, a route that they track year after year? There are no road signs or large arrows painted on the ground pointing the way. Are there designated bird leaders, wise old birds or old crones who have made the trip many times previously and lead the others in the great exodus?

Adding to this list of questions, Tom Wood and Sherry Williamson, founders of the Southern Arizona Bird Observatory, have been studying the habits of hummingbirds in southeastern Arizona for many years, including a stint as managers of the Nature Conservancy’s Ramsey Canyon Preserve, the world renowned hummingbird habitat.

Their studies involve capturing hummingbirds in a clever net arrangement of Tom’s design. They are placed in a small bag and weighed, examined for body fat and general health, and banded. (Can you imagine fixing a tiny metal band –numbered, of course—on the leg of a bird that usually measures less than four inches in length and is weighed in grams.) Sherry then holds the bird up to a feeder where is gulps a drink, rests for a few seconds in Sherry’s open palm, and flies off. Remarkably the same birds have been recaptured year after year.

We’ve all heard about the swallows returning to Capistrano with such consistency that their arrival date can be predicted with uncanny accuracy. Each year 10,000 sandhill cranes from Alaska and Canada, flock in to the Willcox Playa in Arizona to spend the winter. It is an awesome sight to see the sky filled, nearly blocking out the sun, with the cacophonous croaking of thousands of these nearly four-foot tall gray wading birds as they lift off the dry lake in the early morning to fly to their feeding grounds in nearby fields and return in massive squadrons at sunset.

How and why do all these birds make this great migratory decision and find their way as if guided by radar? I don’t know. But with this information we can predict with a great level of accuracy what species of birds we will find in any given area at specific times of the year, which is a big help for us birdwatchers.

If you are planning to attend The Rally in Albuquerque this month try to attend my Beaks and Feathers seminar to learn more about birdwatching for RVers. 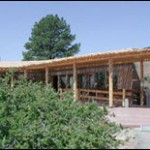