Bighorn Sheep of the Rocky Mountains

Driving back down Hondo Canyon from the Taos Ski Valley in New Mexico after an exhilarating snowy mountain hike one Saturday in April, we encountered a Rocky Mountain bighorn sheep, standing in the middle of the road, nibbling something off the roadway. We slowed to a stop and while waiting, enjoyed the opportunity to see the sheep up close and snap a few pictures. When a van came around the corner, he lept gracefully up onto the hillside, looking down to see what we would do.

Seeing this majestic animal in the road and on the hillside prompted me to do some research to learn more about bighorn sheep. Native to the United States, they numbered nearly two million at the beginning of the 19th century but less than 70,000 remain today. Hunting in the late 1800s, as well as competition from grazing livestock and diseases introduced to the area took a heavy toll on the bighorn population.

Male bighorn sheep, or “rams” as they are known, are easily identified by their large spiral horns which continue to grow throughout their lives. As an adult ram, the horns may measure over 30 inches in length and 15 inches in circumference at the base. Rams generally weigh 160-250 pounds. Female bighorn sheep, or “ewes”, generally weigh 115-200 pounds. They have horns that are more slender and straighter than the males’ that also grow throughout their lives. The ewes’ horns reach a maximum length of 8-10 inches however. Sheep that are less than a year of age are called “lambs. Rams typically live 9-12 years while ewes have a life expectancy longer than the males of 10-14 years.

Although their diet varies according to location, bighorn sheep primarily eat grasses and shrubs. Their natural predators include mountain lions, coyotes, bobcats and golden eagles. However, the eagles generally prey only upon the lambs.

In each band of rams there is a pecking order and the higher-ranking rams do most, but not all of the breeding. Bighorn sheep have a six-month gestation period and eyes generally give birth to only one lamb per year, with most births occurring between April and June. Just before giving birth, the ewes isolate themselves in the steep and rocky terrain for safety and protection. Lambs typically follow their mothers for the first year of live to learn their home range and expected behaviors. New Mexico boasts herds of bighorn sheep in eight separate locations. 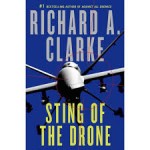