In August 2014, we purchased a 2012 Artic Fox 5th wheel from Cordelia Junction RV in California. At the time we also purchased an extended warranty from the dealership and American Warranty Service. A Winegard traveler satellite dish was on the rig. On the second trip out the dish quit working. I contacted the warranty service in January 2015 to clarify what I needed to do to get the unit fixed and covered. I was told to contact Winegard. I contacted Winegard and was told to contact an authorized service center to have an analysis done on the unit, which I did. They informed me the unit would have to be sent to Winegard for further testing. They would then repair or replace the unit. He removed it from the roof of the RV and charged $150.

In talking with the claims department I asked how to file a claim on my own. We decided to pay for shipping to Winegard. I also contacted American Warranty again to find out how to cancel the policy. I AWmoney.

As I was preparing to ship this satellite dish, which weighs close to 50lbs, I tried to contact American Warranty again to find out specifically what information they needed for me to file this claim. The claims department noted they would not honor a claim from me for the dish because the work had to be done at an authorized service center. When I told him the satellite was removed by an authorized Winegard service center he informed me I had to bring it and the 5th wheel to Iowa to have the work done, we live in California. This is not what the warranty says. This ordeal has been extremely frustrating and all I really want is to cancel the policy get some kind of refund. We paid $2,698 for the policy. Any help you can offer would be greatly appreciated

Resolution:
After Action Line contacted American Warranty Service we received a letter from the company attorney stating that Howard C. had been granted his refund at a prorated amount minus a $25 cancellation fee.

Things That Go Bang in the Night Previous
Mark My Words-Tire Pressure, Exhaust Vents and Driving... Next 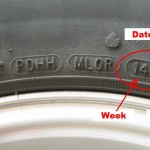