“ . . .  alternative energy is behaving more like high-tech as opposed to old school energy” says Riggs Eckelberry, CEO of OriginOil. “Old school energy seeks to dominate massively, with vertical integration and specialized utilities. With new energy we are looking at a networked approach and we need rapid adoption for this to succeed . . . “

Eckelberry’s message, presented recently to the United Nations, and summed up in the mission of OriginOil, is to operate as a pure technology company, with no intention of producing a finished product or refining at an industrial scale. Their aim is to help other companies through the use of their breakthrough technology, rather than competing with other companies for market share. Eckelberry believes that this networking configuration will prove to be the key to bringing their specialty, fuel produced from algae (through the Single-Step Extraction™ process that reduces complex harvesting processes to a single, cost-effective step), quickly to the marketplace.

In an interview with the New Energy World Network, Eckelberry says that the industry needs to move away from crop and terrestrial products, which he believes are not sustainable, toward algae , which can be produced on an industrial scale. Though the European Union is ahead of the US in the development and distribution of plant-based biofuels, we could get a jump ahead by moving quickly toward algae.

With the US moving toward a cap-and-trade system and other incentives to develop alternative fuels, this provides much needed help for companies like OriginOil. Many, like OriginOil, have been able to move beyond venture capitalization to private investors and company/partner support, ultimately to a licensing and royalties model as the market becomes fully developed.

As you would expect, Eckelberry feels that the future of algae is very bright.

“Intrinsically, algae has the capabilities, because petroleum comes from algae,” he says. “We now have a technology that works at the small scale and we need to develop towards the large scale. There is no doubt that there will be issues to be remedied, but algae is the only solution that can intrinsically develop competitiveness against oil.” 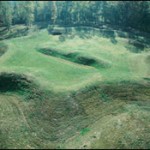 Beware of B20 Fuel for Your Diesel Vehicle