WILMINGTON, NC. – MADE FAMOUS IN ‘LINCOLN’

A continuing saga, which I call my Micro-Blogs …

Unless you are one of the few who didn’t see the movie “Lincoln,” you know that the Town of Wilmington, North Carolina, was a key target for the North in cutting off supplies for the Rebel army.  Once it was taken, 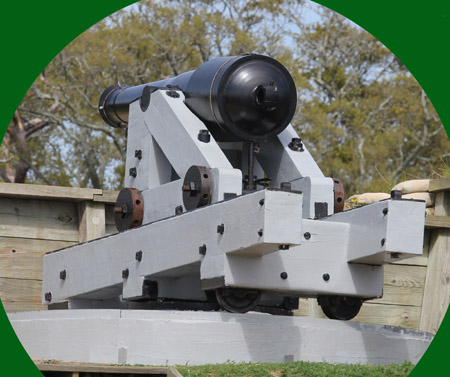 Southern forces had an excellent strategy to hold Ft. Fisher, but the North's gunboats had too much power for them to sustain their position.

the Civil War was all but over.

While Monique and I have been immersed over the past two weeks in American Revolution and Civil War history, honestly, it’s not something we soak up.  Yet, it’s hard not to appreciate the do-or-die struggles that resulted in America’s independence and at the Civil War that ended with the return into the Unionof the states that seceded.

When Patrick Henry proclaimed, “Give me liberty or give me death,” he and the other patriots were truly facing execution if they lost, or at least loss of their bountiful way of life.  Same was true in the Civil War.  Southerners putting their lives on the line to defend their agrarian culture against the Northern Army, also made up of men willing to die for what they believed.

I ask that you remember that every member of our Armed Services today faces that same call to duty.  They put their lives on the line to secure our freedom. 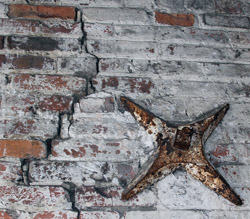 Wilmington, itself, is a pleasant community of historic buildings and lore, easily recognized by the numerous historical plaques throughout the city; yet, what interested us the most was Fort Fisher, site of the crucial Northern victory.  We learned from the Visitors Center film of the valiant fight put up by the South, but in the end, they were cut off from supplies and had to concede the victory.

For Monique, perhaps the biggest thrill was just walking along the white sands of the Atlantic beach.  Born a block from the Atlantic – but on the other side – she was in her element when watching the waves roar in. 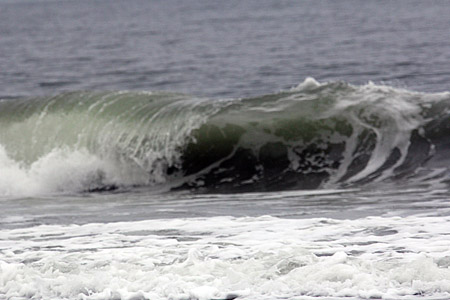 The Atlantic rolls into shore

That’s what the sign says at Barstow, California, the western terminus of I-40, the interstate highway that parallels much of old Route 66.  We saw that sign on March 19 on our way east.  Three weeks later we arrived in Wilmington, visiting a friend, with the odometer reading 4,250, having detoured deep into the heart of Texas and down to my hometown New Orleans along the way. From sea to shining sea.  Eastern Texas to North Carolina was a seafood-lover’s dream, with a diet that included catfish, trout, salmon, shrimp, crawfish, oysters, crabs, mussels, clams and lobster.  Enjoying seafood is high on our list of musts! … and we have yet to be satiated.

It is April, and practically every part of North America is at its peak of flowering, or soon will be.  It’s a great time to be on the road and especially visiting botanical gardens.  Brookgreen Gardens by Huntington Beach, South Carolina, is one of the most extensive and features stunning landscapes, colorful flowers and awesome statuary.  We remember it well from our previous eastern tour.

Azaleas are everywhere along our route these days, made even more glorious by the dogwoods, fruit trees, wisteria and wildflowers.  Red bud and rust-colored Japanese maples shimmer in the bright sunlight. 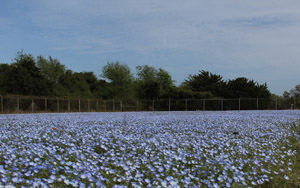 Baby Blue-Eyes smile in a field near Ft. Fisher

I’m certain that back in the West’s deserts the neon reds, yellows and purples of the cactus flower, plus all the other wildflowers seen along he roads, are brightening up the miles, but we definitely appreciate this Eastern view.

Because of the numerous Spam comments on this site, the comments section has been deactivated.  Please email us at [email protected] and I will pass along your comments.  And you’re welcome to visit our website, ontopoftheworld.bz.