"How to Buy an Airstream" Tip

My goal with the “How to Buy an Airstream” ebook is to arm anyone interested in buying an Airstream with the essential information needed to bring home the right silver baby. The basic principles discussed will be helpful for anyone who is going RV shopping. Even if you are buying some other brand of RV or travel trailer, you’ll find useful information in this book. Hopefully, this book will save readers a lot of time, money, and heartache.

One tip I’d like to offer all used Airstream buyers: watch out for oriented strand board (OSB). OSB is an engineered wood particle board formed by layering strands (flakes) of wood in specific orientations. In other words, it’s particle board that is a cheaper alternative to plywood. Alas, OSB has been used as a subfloor material in some Airstreams over the years. While it has usually been used in entry level models, in the late 1980s it also appeared in the high end Excellas.

While its presence isn’t the end of the world (and shouldn’t always necessarily be a deal killer) OSB does merit your concern. Why? Because OSB isn’t as strong a material as plywood (the most common choice of Airstream subfloor). More damning, OSB isn’t as water resistant as plywood. Airstreams, like most RVs, have been known to suffer water leaks from time to time. If you add enough water to OSB, you may end up with major problems – like a rotten floor. It’s no fun camping on a rotten floor. So when you inspect a used Airstream (or other RV with OSB) you’ll want to pay special attention to the condition of the subfloor. I discuss detailed inspection techniques in the book.

When I write about our camping travels, I mention the word “Airstream” so often that some people think I’m a company spokesperson. This is not the case. Admittedly, owners like me are enthusiastic about the product. We love Airstreams kind of like Harley-Davidson owners love Harleys, and our passion is sometimes a bit overexuberant. But if you read my “How to Buy an Airstream” book, you’ll learn that I don’t view the world through silver shaded glasses. This book details the bad and ugly (like OSB) of Airstream ownership, along with the good.

For our little book video commercial, I pulled some footage from our Alaska archives. This video was shot on the Haines Highway, one of the prettiest stretches of road in North America. For some reason, we decided it was time to install our new double entendre license tag: SUITE!

Please stay tuned for lots more Alaska content (including updates about our ailing diesel truck SEEMORE) in the near future.

Click the image to see HOW TO BUY AN AIRSTREAM on Amazon Kindle. Look for the FREE SAMPLE on Amazon! 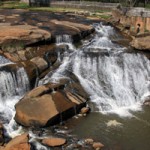 GREENVILLE, SC –AN EXCEPTIONAL CITY Previous
WILMINGTON, NC. – MADE FAMOUS IN ‘LINCOLN’ Next 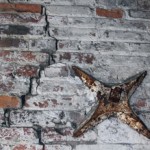