Think You Know Mardi Gras? 5 Things You May Not Know

Do you know the meaning of krewe? Or the origin of Mardi Gras? Here you will find 10 things to know about Mardi Gras to make your Carnivale the best!

1. Carnivale is a season; Mardi Gras is a day

Sure, we all do it. “Yea, I’m going to Mardi Gras!” we say, when we’re actually going to see parades the week or two leading up to Mardi Gras. Technically, “Mardi Gras” is the last Tuesday before Ash Wednesday which ushers in Lent, a period for 40 days of fasting, and Carnivale is the season that begins on January 6, the Feast of Epiphany.

Mardi is the French word for Tuesday. Gras means fat. Thus, Mardi Gras is Fat Tuesday. The day is sometimes referred to as Shrove Tuesday, from the word shrive, meaning confess.

In the Middle Ages, the Catholic church indicated that during Lent no meat was to be consumed. Only fish was allowed. So, on Fat Tuesday people would eat the last of their meat because if it wasn’t eaten, it would have to be discarded.

Mardi Gras spread from Rome across Europe where it then crossed the oceans to the colonies of the New World. Historians believe the first American Mardi Gras occurred in 1703, one year after French explorer Jean-Baptiste Le Moyne de Bienville established Fort Louis de la Louisiane in what is now Mobile, Alabama.

By the 1730s, New Orleans and other French settlements took to marking the holiday with masked balls, lavish dinners, and wild street parties. The first parade in New Orleans is thought to have occurred on Fat Tuesday in 1827, while the first official parade took place 10 years later.

Mardi Gras Krewe (pronounced in the same way as “crew”) is a private carnivale club or organization that puts on a ball and participates in the Mardi Gras parades. They usually have a theme for each year and select a king and queen to represent the Krewe in the parades, Twelve night, and Royal Gala.

The word is thought to have been coined in the early 19th century by an organization calling themselves Ye Mistick Krewe of Comus, as an archaic affectation; with time it became the most common term for a New Orleans Carnival organization. The Mistick Krewe of Comus itself was inspired by a Mobile mystic society, with annual parades in Mobile, called the Cowbellion de Rakin Society that dated from 1830.

The Mardi Gras colors are purple, green and gold, and the official Mardi Gras song is “If Ever I Cease To Love.” © Rex Vogel, all rights reserved

The official colors of Mardi Gras are:

Gold which stands for power.

The traditional Mardi Gras colors were not chosen arbitrarily. Rex, the King of Carnival, selected this scheme in 1892, declaring purple for justice, green for faith, and gold for power. The colors are now used on nearly every Mardi Gras decoration, including the millions of beaded necklaces that have been tossed along the parade route since the 1870s.

And the official Mardi Gras song is “If Ever I Cease To Love.”

It really is! Despite the preponderance of what might seem like illegal activity, Mardi Gras is a legal holiday in Louisiana, and has been since 1875, when Governor Warmoth signed the “Mardi Gras Act.”

Please Note: This is Part 1 of a 2-part article

Part 2: 5 More Things You May Not Know About Mardi Gras

It [Mardi Gras] is a thing that could hardly exist in the practical North….For the soul of it is the romantic, not the funny and the grotesque. Take away the romantic mysteries, the kings and knights and big-sounding titles, and Mardi Gras would die, down there in the South.

Baton Rouge, Louisiana, home of the USS Kidd... Previous
Why We Travel With a Laptop and Printer Next

Louisiana: An All-You-Can-Eat Buffet of Adventures 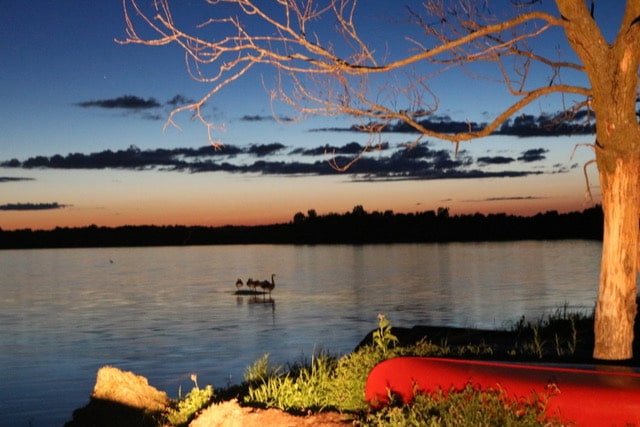