The Start of Something Big

For Good Sam chapters, 1968 was the year it all began

1968 was a pivotal time, both in world history and in the history of the Good Sam Club. That was the year Good Sam launched its network of local chapters to bring members together within geographical boundaries for RV fun, fellowship and philanthropy. Four and a half decades later, four of the club’s original 1968 chapters are still going strong.

Good Sam’s first chapter, Utah’s Ute Salt Shakers, continues to shake things up in the Salt Lake City area. Although the member roster has changed quite a bit over the years, the chapter still gets together at summer campouts and winter lunches, travels to state Samborees and raises money for worthy charities, just as the group has for decades. “We’re proud to be chapter number one,” enthuses member Beverly Olsen, who fondly refers to the chapter’s 25 families as her “camping buddies.”

As the member who has belonged to Ohio’s Travel Pals the longest, Jim Johnston has proud possession of his chapter’s 40-year-anniversary plaque and says he hopes to be around to receive the 50th award. These days the northeast Ohio chapter unites 16 RVing families. Ten members made the trip to last year’s Ohio Samboree, and one serves on the state staff. Like many Good Sam chapters, the Travel Pals donate to Dogs for the Deaf, hosting brown-bag auctions to raise money.

The Chicago area’s Fox River Sams chapter is noteworthy among the original Good Sam groups for having one of the founding members among its current membership. Marilyn Seaton is understandably proud of the long-standing chapter she helped establish 45 years ago. She and her fellow Fox River members get together at group outings, and many travel to Illinois Samborees.

The founding members of Virginia’s first chapter were so proud to be their state’s initial Good Sam group, they chose their name to reflect that. Forty-five years later, the First Virginia Good Sams are equally proud of their history of community service. Last year the Richmond-based chapter not only participated in fundraisers for Relay for Life, Ronald McDonald House, Special Olympics and Dogs for the Deaf, they contributed $1,739.50 to nine local charities, reports David Clark, current chapter president and a 14-year member of the group.

Good Sam applauds these four 1968 chapters, not only for their longevity but also for their many accomplishments over the past 45 years. All across the continent, both longtime chapters and just-minted groups are looking for new members to swell their ranks. To join a chapter in your area or start one of your own, visit GoodSamClub.com/chapters. 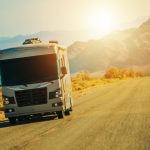